Financial firms ahead on the next gen tech curve reap benefits

Financial services firms who invested in next-gen technologies and continued their digital transformation push in 2021 were 1.5x more likely to report increased revenues than those in the earlier stages, according to Broadridge’s Next-Gen Technology Survey.

It found that of the 750 financial service firms polled last year, around 75% were in the mid-to-advanced stages of digitising and transforming their client experiences, with roughly 25% acknowledging that they still had work to do to keep up with industry leaders. 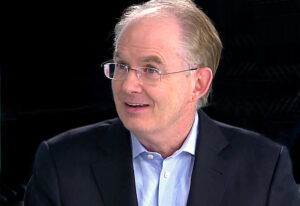 lso evaluated progress in developing the strategic and organisational components of transformation, as well as use of next-gen technologies such as artificial intelligence (AI), blockchain and the cloud to categorise firms as beginners, implementers, advancers or leaders in its maturity framework.

It increased from 25% of firms at mid-to-advanced levels of implementation in Broadridge’s 2020 survey, to 61% in the current study.

The study also found that firms plan to continue to fast-track their AI journeys – more than three-quarters expect to be in mid-to-advanced stages of implementation over the next two years.

Other findings include a steady rise in interest in the cloud and blockchain with 78% already making considerable progress in their use of the cloud over the past year.

The number of firms reaching mid or advanced levels of implementation jumped to 80% in 2021 and is expected to reach 91% over the next two years.

As for digital ledger technology, a similar trend emerges. Over the past year, the percentage of firms at the mid-to-advanced stages of implementation more than doubled from 15% to 37%.

Broadridge predicts that the use of blockchain will only widen, with more than two-thirds  or 69%

of firms planning to reach the later stages of implementation in two years.

The study noted that despite an increase in implementation and interest in AI, the cloud and blockchain, challenges remain in implementing these emerging technologies and accelerating digital transformation.

They include the rapid pace of technological change, the lack of a roadmap for innovation, and the struggle to modernise IT infrastructure.

“This year’s survey confirms that leading firms are more driven than ever to implement the key pillars of a digital-first future,” said Tim Gokey, chief executive officer of Broadridge. “As a result, digital transformation leaders are seeing accelerated growth.

Digital leaders are succeeding with a clear vision and roadmap that prioritises digitised communications, experiences, and workflows leveraging strong data and analytics.”