In and of its 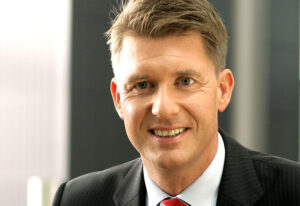 elf, the creation of a consolidated tape will not address deficiencies in market structure, or the disparities in market data quality, according to iRainer Riess, director general of the Federation of European Stock Exchanges (FESE) in response to the MiFIR proposals issued by the European Commission and the European Securities and Markets Authority (ESMA) last November,

In a statement, the trade group said that introducing a real-time CT as recommended could deprive exchanges of an important revenue source, seriously affecting their continued ability to run and maintain a full suite of operations underpinning the Capital Markets Union (CMU) – such as the listing of companies and the nurturing of SME growth markets – and to ensure the proper functioning of markets.

It said that “this risk is not mitigated by the revenue-sharing model proposed as the scope and conditions of this model are unclear. Any revenue compensation model should be properly defined at Level 1 and should aim to ensure that market contributors are properly compensated for their input to the tape.”

As an alternative, FESE recommends a 15-minute delayed CT as the least disruptive and most pragmatic solution.

It believes this would provide easy and low-cost access to a consolidated view of the market without any undue impact on small venues. This model would also allow for a phased approach towards reducing the delay in the future once the CT has proven its value

FESE was also not convinced of the merits of the other proposals such as a reduction of the double volume cap (DVC) for dark trading from 8% to 7% and the prevention of MTFs from using the reference price waiver to execute small trades by introducing a minimum threshold.

They also aim to limit systematic internalisers’ ability to match at mid-point to when they are trading above twice the standard market size but below the large in scale (LIS) threshold.

Instead FESE suggested that all trades without pre-trade transparency – except LIS blocks – be captured under a single cap to limit dark trading and limiting systematic internaliser equity trading only to above LIS.

“The absence of a transparent market structure in Europe poses a real threat to the integrity of the price formation function that exchanges provide, and on which all market participants rely,” said Riess.

He added, “Unfortunately, the MiFIR review proposal seems not to change this for the better: financial stability, fairness and integrity are at risk when price formation becomes the exception, not the rule.”