In a little over two weeks, the death knell will be rung for Libor and despite the challenges. the Financial Conduct Authority has strongly advised market participants to be ready for the transition.

In a keynote speech, director of markets and wholesale policy and wholesale supervision at the FCA, Edwin Schooling Latter, said “Tens of thousands of firms have been preparing for this, with the encouragement, support – and occasional nagging – of authorities here and overseas.”

He added, “We have had the common aim of minimising disruption from the retiring of a benchmark rate referenced, even at the beginning of this year, in an estimated $265 trillion of contracts.

The largest slice of that is of course in interest rate derivatives, but it also includes trillion dollar sums of bonds and securitisations, loans, mortgages and other products.” 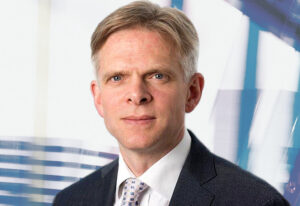 Schooling Latter, reiterated that the publication of the synthetic Libor rates for 1-month, 3-month, 6-month sterling and yen Libor settings, for the duration of 2022,was a “temporary measure.”

Although the regulator made it clear that synthetic yen Libor will be for one year only, ceasing at end-2022, it has not made a decision whether to extend the sterling synthetic rates beyond this deadline.

He noted that in the sterling swaps market,  89% of volume traded in November referenced Sonia while by the end of the month, cleared Sonia swaps outstanding stood at 59% of the total, exceeding cleared Libor swaps outstanding, at 41%.

He added that cleared Libor notional outstanding more than halved between February 2021 and November 2021. The remaining cleared sterling Libor swaps outstanding are due to disappear over the weekend of 18/19 December, as LCH converts them all to SONIA.

“We estimate £3.1 trillion – 91% – of the remaining uncleared sterling Libor swaps outstanding will also convert to Sonia at year end, thanks to the application of International Swaps and Derivatives’ (ISDA) fallbacks,” he said.

As for bond markets, new issues referencing sterling Libor had already diminished to a trickle by autumn 2019, and to zero since October 2020. The greater challenge has been legacy bonds. But, by end-November, roughly two thirds of the sterling LIBOR bonds maturing after end-2021, by value, had been converted to Sonia.

“As this speech suggests, the transition away from Libor presents significant operational challenges for the many banks, swap dealers, hedge funds and asset managers who have all been trying identify ways to convert their Libor linked derivatives trades in each jurisdiction,” says Philip Junod, senior director, TriReduce and TriBalance business management at OSTTRA. “A bilateral approach to portfolio compression is certainly helping market participants to reduce Libor switchover risk, optimise capital, and enhance operational efficiency ahead of the December deadline.