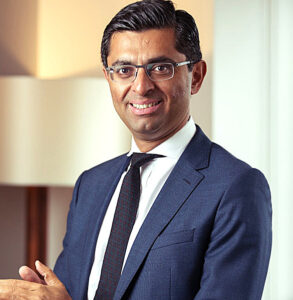 Around 7.600 financial service jobs and £1.3tn in assets have moved from the UK to the EU since the referendum in 2016, according to the latest Brexit Tracker report from EY.

The report found that Dublin and Luxembourg were the most popular alternatives to Britain. A total of 36 out of 222 companies said they were considering or have confirmed plans to relocate part of their business to Dublin.

Another 29 companies opted for Luxembourg. while Frankfurt has attracted 23. Paris and Madrid have been selected by 14 and eight firms, respectively with Amsterdam gaining eight, Brussels obtaining six and Milan, five.

The report noted that 43% of businesses in the sector either have or plan to shift some of their operations or staff but that the mass movement of jobs and assets to the EU because of Brexit is expected to be incremental.

The loss is a small fraction of total jobs in British financial services and is far lower than initial predictions.

Omar Ali, EY’s EMEIA financial services managing partner for client services, said, “After the major hurdle of standing up new EU hubs, the days of significant swathes of asset and job relocation announcements appear to have passed and will likely be replaced by the slower yet ongoing movement of people and assets to Europe for compliance purposes.”

Leaving the UK though is leaving its mark with the report showing that over a quarter (57 out of 222) of firms said that Brexit is or will be negative for their business, up from 49 firms in January 2020.

EY also noted that several companies have publicly called on the government for greater clarification on the sector’s future relationship with the bloc.

The UK and the European Commission are currently thrashing out a memorandum of understanding (MoU) by March on regulatory cooperation.

Although not intended to be legally binding, the memorandum will serve as the starting point for financial services trade negotiations and could lead to greater certainty for the City. The aim is to put in place a framework whereby financial services regulators in the UK and EU share information and have open dialogue when making new regulatory decisions.

“UK and EU Firms are now awaiting the detail of the upcoming MoU on financial  services and will shortly face into a new round of Brexit discussions on the framework that will ultimately define the future relationship,” said Ali.

He added, “The challenges remain significant, and, as recent headlines evidence, the push and pull of markets across Europe for business historically led from the UK continues. Such ongoing uncertainty poses the risk of fragmented markets, which is inefficient and costly for all financial services users and potentially damaging to the global competitiveness of both the UK and EU.”

Swissquote Group is to acquire Keytrade Bank Luxembourg through its Luxembourg-based subsidiary ...