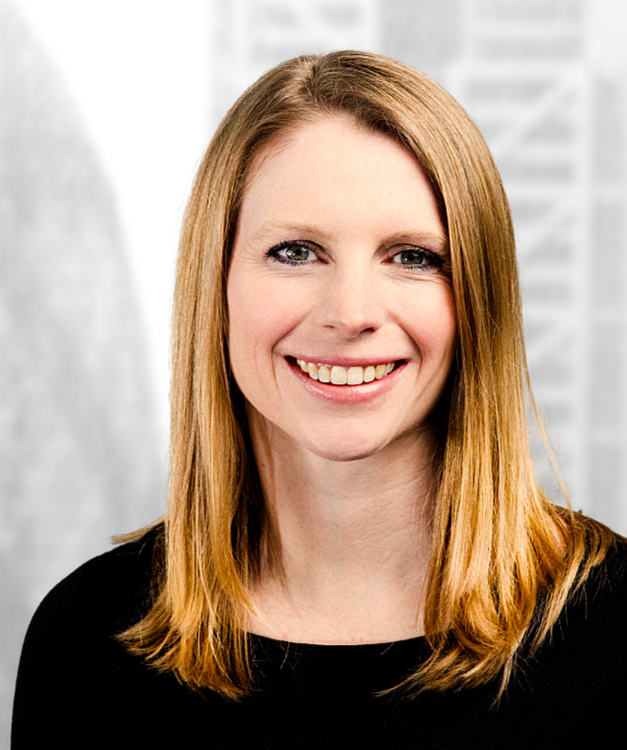 Shanny Basar talks to Vicky Sanders, global head of Liquidnet Investment Analytics about starting her own company, future plans and  the importance of staying focused.

Vicky Sanders crossed the Atlantic in 2005 with two suitcases to join the summer internship scheme at Merrill Lynch in London. She is now global head of investment analytics at Liquidnet, the institutional dark pool, after working for a decade as a trader in equity sales and then co-founding a fintech focussed on making the research process more efficient.

In January this year Sanders was named global head of Liquidnet Investment Analytics, a new business to help portfolio managers and analysts get more intelligence into their workflows though the use of natural language processing, artificial intelligence and advanced search to find the right content more quickly.

Brian Conroy, president at Liquidnet, said in a statement: “Since joining us last year, Vicky has been instrumental in helping us bring to life our vision for Liquidnet IA.”

Sanders said Liquidnet IA launched a pilot for an app in the fourth quarter of last year to combine research with other content such as market data, alternative data and corporate communications and to push the most relevant personalised content to portfolio managers.

“It will be launched later this year once we have made further refinements based on members feedback,” she added.

The launch of the Liquidnet IA app is still on track despite the current lockdown caused by the Covid-19 pandemic which has led to staff having to work remotely.

“We have learnt a huge amount about flexibility while working from home and maintaining the same level of engagement intensity for the pilot program,” she said.

Sanders continued that Liquidnet has more than1,000 members who can take part in the pilot and a data science team in Europe and the US who are looking at a growing list of data sets and identifying actionable insights.

“Having spent 10 years on trading floors, I found the research process highly inefficient which led me to setting up RSRCHXchange,” she said. “My frustration hit a peak in the run up to MiFID II which also provided a catalyst.”

MiFID II, the European Union regulation, unbundled research payments and most asset managers then chose to pay for research out of their own revenues. Before MiFID II research costs were often ‘bundled’ into transaction commissions and paid by investors, with many buy-side firms not monitoring how much client money was being used or the quality of the research.

Sanders said: “Once I had convinced my partner that the risk of launching a new company could work for our family, I felt a lot of enthusiasm and excitement in challenging myself with a new role and responsibilities.”

“RSRCHXchange was fortunate to receive investment from NEX Group’s Opportunities fund,” she added. “We also became their first investment in a fintech with a female founder.”

“Funding in the UK relies on having a network which female, and male founders alike need to build throughout their career, they need to be able to ask for money and articulate a conviction for why they are a good investment,” she added.

She is also aware of the need to increase the number of young women and girls pursuing studies and careers in science, technology, engineering and mathematics (STEM).

“For example, my mother attended a girls’ school but had to go to a boys’ school in order to study maths and physics,” Sanders added. “As a mother of a son and a daughter I am aware of the need to provide STEM learning experiences at the same time that match their individual profiles.”

Sanders continued that financial services needs to provide opportunities where skill is available and the remote working environment may help the industry to meet that challenge.

Prior to founding RSRCHXchange, Sanders was head of analytics sales at Marex Spectron, and held roles at both Goldman Sachs and Merrill Lynch. She has a degree from Harvard University.

“I attended a women in finance recruitment event and after hearing a talk from a credit trader I knew I wanted to trade,” she said. “I secured a spot in the summer internship scheme at Merrill Lynch in London and moved over with just two suitcases.”

In 2005 she was one of the few women on the trading floor but Sanders said that as she had played sport competitively prior to joining financial services, she was comfortable in a team environment.

“While it was hard not to notice the lack of women it did not concern me on a day to day basis,” she added.

Sanders continued that in order to be successful in client facing roles she had to deliver a good service and find a creative way to solve problems.

“It is also important to have a group of relationships with people that you look up to and can consult with, as well as being goal driven,” she added. “One of my mentors told me to establish a five-year plan outlining what success would look like and what I wanted to accomplish, an approach which I still use.”

She also advised that staying focussed and pursuing your passion is key to thriving in a competitive environment. “As a woman you should own that you bring a different skill set,” said Sanders.

IF YOU’D LIKE TO NOMINATE VICKY (OR ANYONE ELSE!) FOR ONE OF THE EUROPEAN WOMEN IN FINANCE AWARDS PLEASE CLICK HERE

Artificial intelligence is not ready to go into live markets, according to one panel...
Read more
NewsBestEx TopicsProfileTechnologyz. EditorialWomen in FinanceEWiF
Previous articleMeTheMoneyShow – Episode Six
Next articleMSCI opens ESG fund and index ratings for EU funds to public