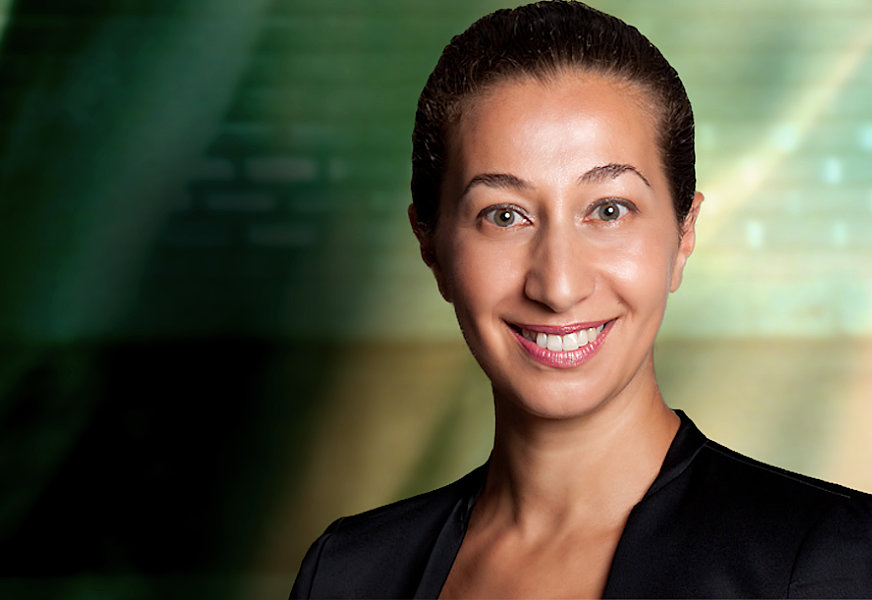 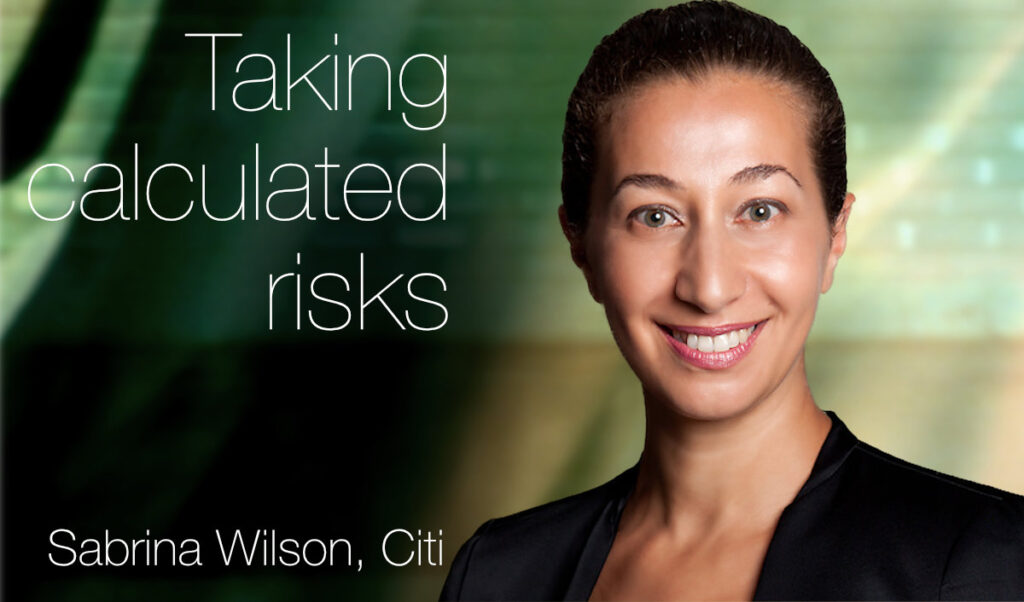 Sabrina Wilson’s role as Global co-Head of Futures, Clearing and FX Prime Brokerage at Citi revolves around risk management. So, it is appropriate that she credits her career progression to taking calculated risks. Shanny Basar reports.

After completing a post-graduate Master’s degree in Economics and Finance from the Université Panthéon Assas (Paris II), Wilson joined JP Morgan in 1999 and moved to New York, where she did not know anybody. As Wilson says, when the opportunity to move to New York arose, “I put up my hand…, drove the move to electronification when it was a nascent product and moved out of my comfort zone.” Her vision that the electronification of trading would be the future of the industry has proved to be prescient.

After a move to Deutsche Bank, Wilson then joined Citi in September 2017. “Citi’s leading position in clearing, the size of its network and breadth of its products were very appealing,” she said. “I could see that Citi had a plan to continually invest, and understood the importance of clearing as an important ingredient of its markets business.”

Wilson continued that the bank has made a huge investment to improve global execution and algorithmic platforms in futures over the last three years, which has been somewhat acyclical as rivals have been cutting investment.

The expansion was necessary because in the EU, MiFID II expanded best execution requirements beyond equities to encompass all asset classes including fixed income and commodities.

“This has been a contributor to the growth in algo usage and the recent Covid-19 crisis has precipitated the increase in electronification,” added Wilson.

Regulation
The extreme volatility caused by the pandemic in the first quarter of this year caused a dramatic increase in margin requirements at derivatives’ clearinghouses according to a white paper from the FIA, the global trade organization for the futures, options and centrally cleared derivatives market.

The amount of initial margin held by the 10 largest derivatives clearinghouses rose 48% during the first quarter to $833.9bn. In addition, customer funds in futures and swaps accounts at US clearing firms jumped by a record $138bn between February and March.

Wilson said the increase in futures margins during the extreme volatility aggravated stress in the markets. “The pro-cyclicality of margin levels on the futures side is the topic of an important industry debate,” she added.

Market participants sell liquid assets in order to fund increased margin requirements, which can spill over to other financial markets and increase systemic risk. The FIA’s white paper has suggested changes to the margin framework to reduce this pro-cyclicality.

After the financial crisis in 2008, regulators acted to shift over-the-counter (OTC) derivatives into central clearing. As a result, the uncleared margin rules have been implemented in phases since 2016, which require the exchange of collateral for bilateral derivatives that are not centrally cleared.

As a result there has been an increase in central clearing for non-deliverable forwards (NDFs) in foreign exchange. NDFs are derivatives that are used to hedge or speculate against currencies where exchange controls make it difficult for overseas investors to make a physical cash settlement, for example, the Chinese renminbi.

Wilson said dealers are already largely clearing NDFs but there is room for further development.

“We expect more buyside interest as firms become subject to uncleared margin regulations in 2021,” she said. “Citi is well positioned as a leader in the FX clearing space and due to the strength of our FX franchise.”

She continued that Chris Perkins, her co-head, has been at the forefront of driving innovation in partnership with CCPs as this asset class makes a gradual transition to clearing.

Wilson said her aims are to maintain Citi’s dominance in OTC clearing and FX prime brokerage.

“We will continue to invest in the futures business to increase client penetration with our low-touch execution proposition and we are evaluating important opportunities in the environmental, social and governance product segment,” she added.

Diversity
Wilson’s advice to other women is to think about their careers strategically.

“You need to have a view on what you want to achieve, the type of culture you want to work in, what you are interested in and to be systematic in your approach,” she said.

She added that financial firms also have to be systematic in setting targets and measuring performance In order to improve diversity.

“Increasing diversity takes a conscious effort in recruiting, retention, promotion, mentoring and there is no magic potion,” added Wilson.

Michael Corbat, chief executive of Citi, said in a recent presentation that the bank analysed its gender pay gap two years ago and set representation goals for women and U.S. minorities.

“You are what you measure,” Corbat said. “You need to come to terms with painful facts in order to make progress.”

Corbat is retiring in February next year and will be succeeded by Jane Fraser, currently Citi’s president and chief executive of global consumer banking. Fraser will become the first female chief executive of a major Wall Street bank.

“We are moving in the right direction,” said Wilson. “In the UK, Citi has signed up to the Women in Finance Charter to improve diversity which is a significant step.”