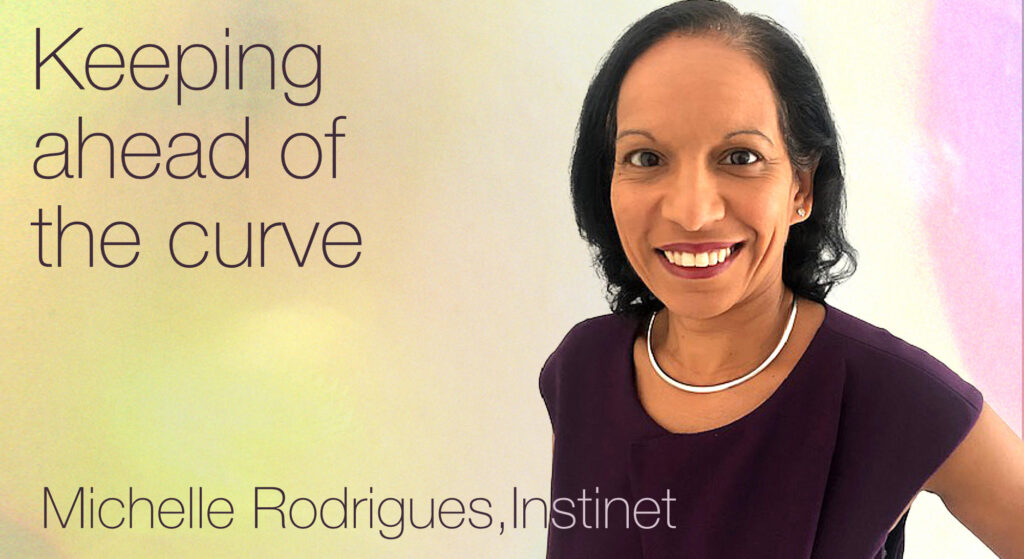 Michelle Rodrigues had to hit the ground running when she joined Instinet Europe as their general counsel in 2008. Not only did she have to contend with the financial crisis but also the tsunami of regulation that followed and launch of alternative trading platforms (ATSs). Fast forward to today and the pace has not stopped with Brexit and the Covid-19 pandemic.

Rodrigues who joined the company while on secondment from UK law firm Taylor Wessing, is not only responsible for offering legal counsel to Richard Parsons, CEO Instinet Europe but also to developing robust frameworks for governance practices, regulatory compliance, remuneration practices and any other potential legal potholes along the road.

She was barely in the job when MiFID I hit the rulebooks and allowed alternative trading systems to join their more mainstream counterparts. Instinet was a trailblazer with its majority owned ATS Chi-X which also counted Bank of America Merrill Lynch, Goldman Sachs, UBS, Morgan Stanley and JP Morgan among its shareholders.

“One of the attractions of working as the general counsel of Instinet Europe is that it is truly innovative and embraces structural change brought about by regulation,” says Rodriques, whose early career was spent building out Chi-X Europe which was then sold in 2011 to BATS, creating the largest pan-European trading platform in relation to market share and notional value traded. “When I first came to Instinet in September 2007, MiFID I was being implemented which had a significant impact on the structure of European markets. Instinet’s response was to innovate and create Chi-X Europe.”

Rodrigues credits her experience at Taylor Wessing working on private equity and venture capital transactions to help the firm grapple with the various legal ramifications. “I was able to leverage the skillsets I obtained as a corporate lawyer to advise management on deal structuring,” she says. “On the investment side, it was very much like a regular venture capital deal which was very familiar to me as a private equity specialist. From a regulatory point of view, it is true to say that this was more challenging, as at that time rules around multilateral trading facilities (MTFs) were in their infancy and there was little precedent. Naturally, this has evolved over time, for example, MiFID II is much more granular with detailed regulatory technical standards to comply with.”

Overall, Rodrigues says that while an increase in regulation over the years has meant a greater workload for lawyers, this is by no means a negative thing. “The role of general counsel is to act as a trusted adviser to management so that it can develop its business strategy in a way that is compliant with law and aligned with the regulatory practices,” she adds. “We have to be enablers allowing the business to be dynamic and to develop and grow but always in the right way.”

While establishing a legal construct for an ATS was novel for Rodrigues and her team, it has not been the only new experience. Brexit is certainly up there and they have spent the last four years developing a legal game plan which has involved setting up a separate European franchise in Germany to operate after the UK officially leaves the European Union at the end of 2020.

“It has definitely been a learning curve,” says Rodrigues. “Even though we have been running a broker-dealer in Europe for 50 years, you are almost starting from scratch and having to familiarise yourself with how to operate within new local, legal and regulatory structures,” she adds. “However, it is always a challenge when setting up an operation in any jurisdiction outside of your home state. As general counsel in EMEA, I now have to ensure that the European operation complies with two regulatory frameworks – that of the FCA (Financial Conduct Authority) and BaFIN (the German regulator).”

The other major hurdle this year, of course, has been Covid-19 and the almost immediate overnight transition to remote working. This though has been easier for Instinet than many. “Since March 23rd, we have been working from home. We were fortunate that Instinet has good technological solutions which it was able to deploy very quickly, so all staff were able to make the transition in a matter of days,” says Rodrigues. “Operationally it has worked very well as we are able to have the same desktop environment that we have in the office. We are using Zoom and Webex to interact with colleagues in lieu of face-to-face meetings, but it is not the same as being in the office where a large percentage of communication is non-verbal, so being able to see each other is critical. We have embraced technology to ensure the team stays connected, which means not only holding more virtual business meetings but also having social events such as quiz nights.”

She believes though that some of the softer skills are lost in the current remote working environment particularly in respect of junior staff. “For example, when you are a trainee lawyer, you sit in the same room as a partner or senior associate, learning legal and social interaction skills by watching and listening. These are invaluable lessons that are difficult to replicate on Webex or Zoom.”

Rodriques is no stranger to the wider inner workings of technology as Taylor Wessing is known as a specialist in this area. “I qualified as a lawyer at Taylor Wessing at the height of the dot com boom and it was interesting to work in the sector at the time,” she adds. “I was not looking to leave private practice but the opportunity of a three month secondment to Instinet came up which ended up as permanent job, where I still am 12 years later. I was immediately drawn to the dynamic and collaborative workplace at Instinet and the practical application of law in a business environment.”

A career in law though was not always the intended path but seen more as a means to an end. As a young teenager Rodrigues managed to organise her own work experience shadowing Angela Rumbold who was Minister of State for Education in Margaret Thatcher’s government.

“It was an amazing experience for a 15-year-old from a South London comprehensive school in the 1980s,” she says. “I saw the political process right up-close attending the House of Commons, sitting in on ministerial briefings, driving up and down the country opening schools and giving press interviews. My goal was therefore to pursue a political career. Having spent time in political circles, law seemed to be the natural choice of professional vocation for many and that is why I decided to study law at Cambridge University.”

While Rodrigues personally has not been hampered in her career or felt her achievements or progression have been curtailed because she was a woman or part of other minority groups, she notes the experience of several close friends who have encountered challenges, not overtly but because of the way working practices disadvantage women, particularly as they tried to balance senior career progression with having families.

She gives the example of when she started her career in the mid-1990s, there certainly seemed to be a significant number of women entering the legal profession, but at a senior/partner level the numbers were disappointingly low. Whilst she notes that there has been progress, she says that the number of female partners in law firms, given how many women are in the profession, has still not reached parity with men.

As for Instinet, as part of the Nomura Group, it has access to several diversity and inclusion initiatives and a good track record with women accounting for five of the 12 members on its operating committee in Europe.

Rodrigues is also heavily involved in encouraging young women to reach their full potential. She is a trustee of The Girls Network*, a charity that provides around 1,000 girls aged 14 -19 years old from the least advantaged communities with female mentors across a range of industries. “The charity resonated with me as I was really fortunate to have amazing mentors among my teachers who gave up their time to support my aspirations and provide guidance as to how to achieve them – without them my story may have been very different,” she says.

For the first time, expert networks — which provide managers access to specialists in everythin ...

In light of the DWS probe and denial, fund managers are under increasing pressure to show that ...