Euronext, the pan-European financial markets operator, is looking to reduce reliance on London Stock Exchange Pairs based clearing house, following its €4.4 bn acquisition of Borsa Italiana including its clearing house, CC&G in May.

Euronext, which runs exchanges in Paris, Amsterdam, Dublin, Brussels, Lisbon and Oslo, uses the LSE’s LCH SA clearing house – where it has a 11.1% stake – for its share trades.

However, Euronext Chief Executive Stephane Boujnah told reporters during a second-quarter results conference call, that work has begun on a possible switch for customers. 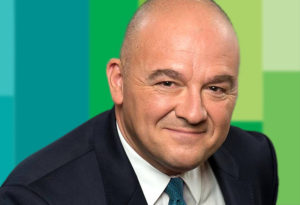 “It’s a work in progress to assess how much, which assets, at what pace, with which clients and in what time frame,” he said, adding that CC&G creates new incentives for the exchange.

Clearing has been a bone of contention before and after Brexit. The European Union tried to wrest control years ago and failed because the UK was part of the bloc,

Today that is not the case and Brussels wants to build “strategic autonomy” in financial services to cut dependency on London since the UK left the EU last December.

The Commission is asking banks and asset managers how quickly they can shift this clearing from London to Deutsche Börse in Frankfurt and if legislation is needed.

As for earnings, Euronext’s net income rose 5.6% to €86.6 m in the second quarter over the same period last year, helped by the integration of Borsa Italiana into the group.

Boujnah said MTS could capture even more trading flows from EU plans to issue bonds to finance the bloc’s recovery from Covid in coming years.

Euronext will release its new strategic plan and 2024 group guidance in November.