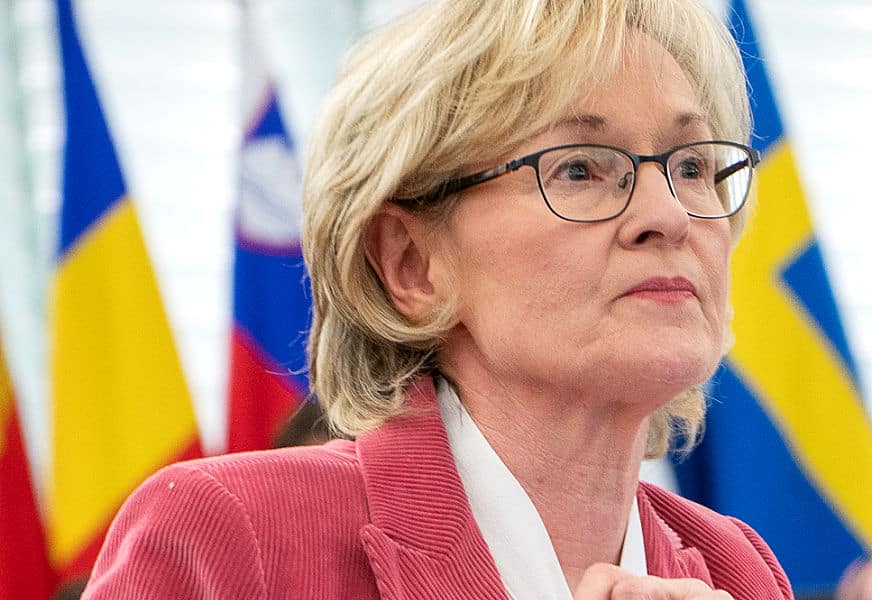 The move will allow EU banks and investors to continue using London’s clearinghouses beyond June next year despite the European Commission’s aim to shift euro clearing to the continent after Brexit.

The London Stock Exchange’s LCH unit clears the bulk of euro-denominated swaps and the European Commission set up a working group earlier this year to look at how a large chunk of this activity could be moved to Deutsche Börse in Frankfurt for direct EU supervision.

“I will propose an extension of the equivalence decision for UK CCPs in early 2022,” McGuinness said in a statement.

The EU executive body had faced opposition from banks which said that splitting clearing between London and Frankfurt would increase costs and fragment a global market.

They warned that forcing relocation of clearing could see the activity move to the US rather than Frankfurt, given that US clearers have long-term equivalence.

McGuinness said the extension should be long enough to allow the EU to revise its supervisory system for clearers and avoid short-term stability risks from an abrupt interruption in access to clearing services.

Over-reliance on UK clearers for some activities remains a source of financial stability risk in the medium term, she said.

Clearinghouses are the only remaining area of U.K. financial services to benefit from post-Brexit equivalence due to fears of disruption to the economically critical area of euro interest rate swaps.

LCH said it welcomed the announcement, adding its priority remains to ensure the orderly functioning of markets to support financial stability.

Bruce Savage, head of Europe at the Futures Industry Association, said he was pleased the Commission had listened to industry concerns to prevent negative financial, commercial and operational impacts on EU counterparties and clearing members.

TP ICAP, a leading provider of market infrastructure, has marked a major milestone in its digit ...