The European Commission warned that the European Union must reduce its dependency on the City of London for entrée to capital markets as well as strengthen its  financial regulations to help companies hard hit by Covid-19.

“This is particularly important in light of Brexit, as Europe’s biggest financial centre is leaving the single market,” said Valdis Dombrovskis, an executive vice president of the European Commission. EU efforts to improve access to capital markets date back to at least 2014 but the Commission hopes that Brexit, the economic hit of coronavirus and the need to finance the “green transition” will give it fresh impetus. 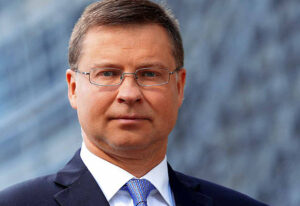 ompanies will have  to refund themselves as they emerge from recession caused by pandemic lockdowns. The EU would like them to tap the equity and bond markets for funding instead of relying on bank loans, which has been a traditional source of financial support.

The Commission said plans would help give the EU market “strategic autonomy” when Britain exits the bloc’s single market on 31 December “in order to prevent a race to the bottom after Brexit.”

The Commission has published an action plan to build a capital markets union, a long-term strategy to establish large integrated sources of finance for businesses in the bloc. However, the road to the CMU has been long and bumpy.

The hope is that this will give the CMU the impetus to move forward. In a communication to EU governments, the Commission noted that “Brexit has a significant impact on the Capital Markets Union. It further strengthens the need for the EU to have well-functioning and integrated capital markets.”

It added that it is even more important to have strong financial supervision at the EU level to prevent competition from lower standards in London or elsewhere in the bloc.

“An enhanced single rule book and effective supervision will be crucial to prevent regulatory arbitrage, forum shopping and a race to the supervisory bottom,” the Commission said.