A group of influential European banking and trade groups have called for continued access to London’s derivatives market for an additional three years.

The Commission granted permission for banks on the continent to continue accessing Britain’s clearing market beyond an initial deadline of June 2022, amid concerns that cutting them off would damage financial stability. 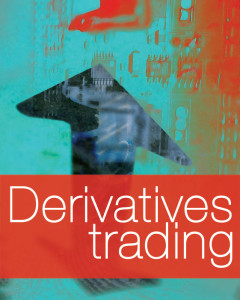 The letter said, “If the temporary arrangements are allowed to expire without being replaced by equivalence decisions in all key jurisdictions, this will result in increased costs and operational burdens for EU firms while also resulting in trapped assets.”

The European Commission has not granted Britain so-called equivalence status for derivatives trading, which would allow companies indefinite access to the City’s derivatives markets, despite the UK’s post-Brexit rules being broadly in line with its own.

The current reliefs relate to so-called intragroup transactions, which are trades between parties where at least one party is not based in the bloc, including affiliates of EU-based companies.

The Commission is determined to wrest the derivatives clearing back away from London due to about the financial stability risks of seeing up to €80tn of open contracts being handled in a market that is no longer subject to its direct oversight.

Mairead McGuinness, the financial services commissioner, said the Commission will propose an extension of equivalence even though it believes EU firms are “over-reliant” on the UK for certain clearing activities.

In the meantime, the Commission is planning to built its own capacity in the medium term.