The European Securities and Markets Authority (ESMA) has released a long-awaited public statement confirming the postponement of the mandatory buy-in component of the Central Securities Depositories Regulation (CSDR) from its proposed 1 February 2022 implementation.

The European securities market regulator sent a letter to the European Commission calling for an “urgent change” in CSDR, highlighting the difficulties faced by market participants if they had to meet the deadline.

Other elements of the CSDR settlement discipline regime, specifically the introduction of cash penalties and settlement fails reporting, will proceed on the 1 February 2022 live date as planned.

The move comes a month after the European Parliament and EU Council agreed to decouple the date of application for the buy-in regime from that for cash penalties and fails reporting.

This will enable ESMA to establish draft technical standards proposing the delay of the buy-in component.

The European watchdog does not expect nati 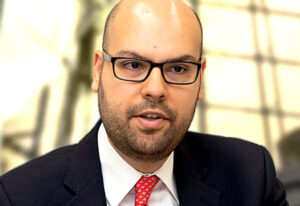 It said this recognises a need to minimise costs to market participants involved in making changes to their systems and processes and then needing to revise these at a later date, in line with subsequent amendments to the buy-in regime.

The industry heaved a collective sigh of relief over the decision. Several trade groups had expressed their opinions over this issue and welcomed the Commission’s earlier moves.

In November, Pablo Portugal, Managing Director of Advocacy at AFME said, “The mandatory buy-in rules have been widely acknowledged as being flawed and disproportionate. Their impact would lead to wider spreads and less liquidity, meaning more expensive and less efficient capital markets for Europe’s issuers and investors.