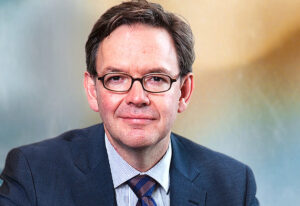 oard on 31 March 2021 after serving the maximum ten-year term allowed.

If Albuquerque or Ross are chosen, they will become the first woman to be in the top job at a European supervisory authority.

Ross, who joined ESMA in 2011, is already the first and only woman to serve as an executive director at an EU authority.

Noia has been commissioner for Italian regulatory watchdog, Commissione Nazionale per le Società e la Borsa for the past five years. Prior to this, he served as deputy director general at Assonime (Association of Italian Joint Stock Companies) for nearly 11 years.

ESMA says that the shortlisted candidates were selected based on their merit, skills, knowledge of financial market participants and markets, and of their experience relevant to financial supervision and regulation, following an open selection procedure.

The list has been sent to the EU’s council for final selection and to the European Parliament for confirmation.

The EU markets watchdog says the new chair will begin a five-year term on 1 April 2021.

Based in Paris, the position is a full-time independent professional as the head and external representative of ESMA, with responsibilities including development of the authority’s long-term strategy and objectives.

The chair will also act as a voting member of the board of supervisors and the management board.