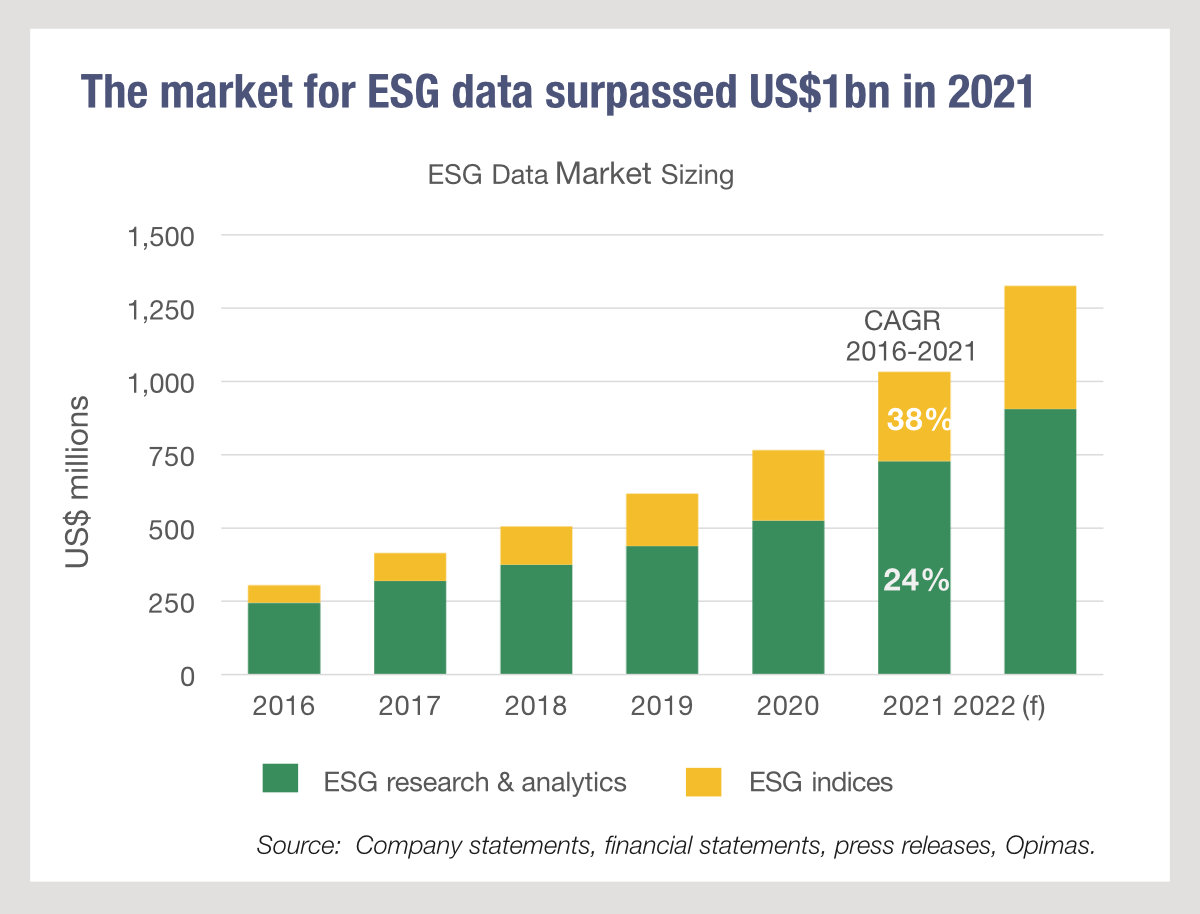 The global market for environmental, social and governance (ESG) data surpassed $1 billion for the first time in 2021 and is estimated  to reach more than $1.3bn by 2022 following a 28% annual growth rate over the past five years, according to consultancy according to Opimas.

The rise in spending was due to both increasing investor demand for ESG funds and increasing regulatory requirements for ESG reporting and climate disclosure according to Anne-Laure Foubert, analyst at Opimas and author of the study. 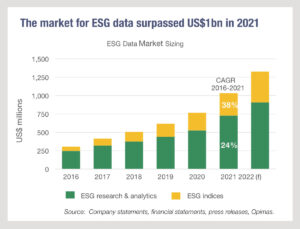 Central Bank and the Bank of England are carrying out climate stress tests and the voluntary Task Force on Climate-related Financial Disclosures (TCFD) are being made mandatory in some countries such such as New Zealand and the UK.

Foubert said, “Europe has adopted ambitious regulations resulting from the EU Action Plan on Sustainable Finance and other regions are following suit.”

In March this year the US Securities and Exchange Commission (SEC) proposed mandating certain climate-related financial disclosures for public companies and some regulators in Asia-Pacific, including China, Japan and Hong Kong, have put ESG disclosures on their agenda. Opimas estimates the Americas accounted for 30% of spending last year and Asia Pacific for about 10%.

Three ESG data providers – MSCI, ISS ESG (now part of Deutsche Börse) and Sustainalytics – account for about 60% of the market according to the study.  However despite its concentration, the ESG data market remains relatively crowded with many boutique firms and upstarts according to the report.

“M&A activity in the ESG data space has been intense over the past decade, a trend that has even accelerated over the past two years,” added Opimas. “The ESG data market has become a competitive space, where vendors have enlarged their product offerings to help differentiate themselves.”

As well as ESG ratings, data and indices, new products have emerged, mostly around EU reporting and climate risk. “In particular, the use of climate scenario analysis is becoming more widespread, since TCFD guidelines recommend its use in the disclosure of climate related risks and opportunities,” said Foubert.