BUILDING BLOCKS WITH A ‘PLUS’. 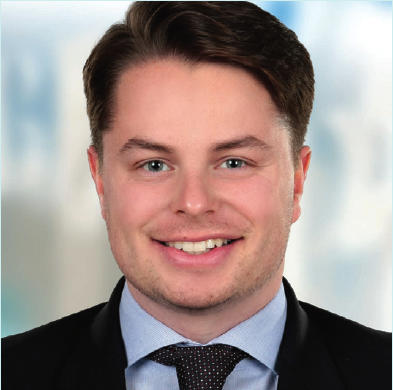 If you squeeze a half-inflated balloon on one side, the other side will expand – when you release the balloon, it rebounds. Something similar is happening to equity trading markets in Europe.

MiFID II introduced double volume caps (DVCs) to limit non-displayed trading in Europe. The expectation was that volumes would shift to lit markets. The result? Market participants’ needs remain unchanged. Today the call for non-displayed trading facilities that minimise the market impact of their transactions remains stronger than ever. As a result, market operators have rushed to offer their members alternatives to dark trading which are unconstrained by regulation.

When the first DVCs expired after 6 months in September 2018, liquidity instantaneously returned to dark pools. One trend that did not reverse, but rather increased, was the systematic surge in the average trade size across non-displayed pools. The main driver behind the rise of both dark and block trading volumes is user demand. For both buyside and sellside clients, block trading is a critical enabler. With SwissAtMid, the Swiss stock exchange has created an innovative solution that caters to the needs of its participants and introduced functionalities that make trading smarter and easier.

Fully conscious that market participants are concerned about information leakage and price slippage during the trade execution process, SIX developed SwissAtMid, providing users with a non-displayed pool of liquidity. SwissAtMid also offers more competitive pricing on blue chips as well as small-to-mid cap firms listed on SIX. For instance, the average price improvement in Q1 2019 stood at four basis points (bps). Since launch, SwissAtMid has enjoyed exponential growth, and is now the largest source of non-displayed liquidity for Swiss equities, capturing around 38% of dark market share, which is three times more than its nearest competitor.

The growth of block liquidity

The actual value-add of block trading has helped boost its appeal among institutions. Firstly, it can facilitate quick execution of large orders at competitive pricing while maximising liquidity capture and reducing market impact, thereby helping to augment performance. As sizeable transactions are conducted between two counterparties away from pre-trade transparent books, orders are more likely to match against natural liquidity.

The increased block liquidity on SwissAtMid is mostly down to the large execution orders it receives from the country’s extensive network of private banking institutions along with investment banks, a number of whom utilise dark liquidity-seeking algorithms. Furthermore, the proprietary data of SIX also indicates that LIS liquidity volumes surpassed that of sub-LIS, and this trend is expected to continue.

In addition, analysis by SIX found that when LIS executions in Swiss shares occur on other dark or periodic auction venues, SwissAtMid offers block liquidity in that particular share roughly 25% of the time. Most significantly, this liquidity remains in place even after the trade has been executed on other venues, which indicates a considerable amount of unique flow in SwissAtMid for market participants to interact with. In contrast, liquidity on most public venues will frequently dry up after a large order has been completed. The clear liquidity advantages available on SwissAtMid are mainly attributable to the fact that it is the preferred dark venue to which the country’s private banks are connected to. 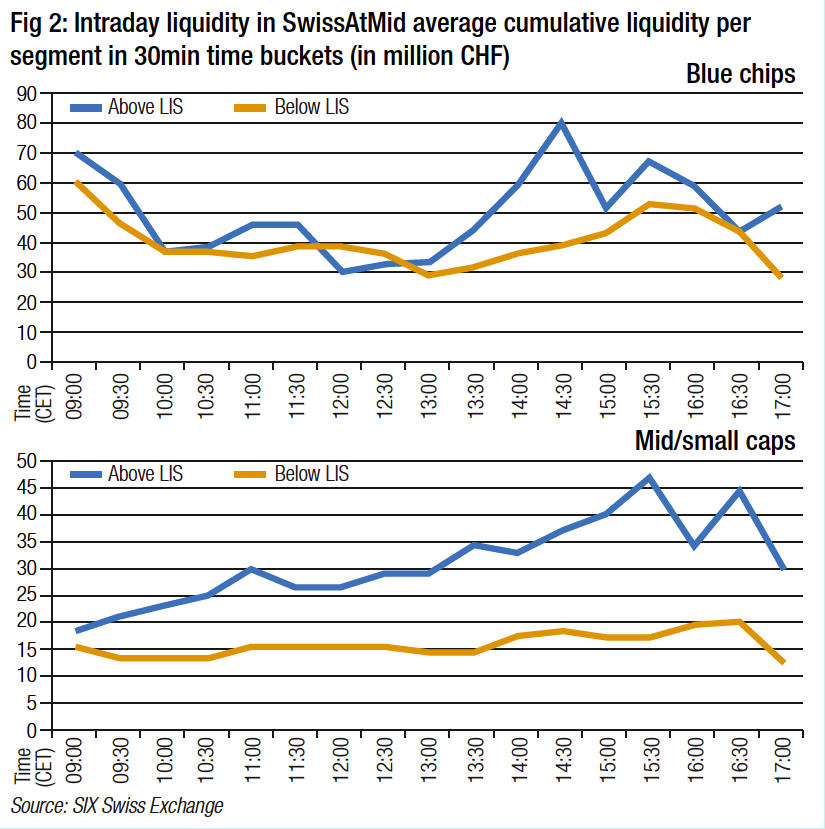 Limit Plus and Iceberg Plus

LIS liquidity has been improved further through the roll-out of two orders – Limit Plus and Iceberg Plus. Limit Plus allows end users to place resting orders into the lit order book of SIX and at SwissAtMid concurrently. This means the order has full visibility in the lit order book, but it is also available for execution on SwissAtMid. Through this dual exposure, the likelihood that participants will successfully execute their trades increases significantly.

This structure in particular benefits firms utilising VWAP (volume weighted average price) algorithms, which seek to execute trades at prices below the daily trading average, by following the historical volume curve, combining spread capture and cross logic. As orders on Limit Plus sit at the best price in the lit book while simultaneously benefiting from the liquidity available at the midpoint on SwissAtMid, it helps participants capture more volume and avoid spread crossing which may harm performance against the benchmark.

Iceberg orders are becoming more ubiquitous too, accounting for 3% of all equity trades with an average order size exceeding CHF250,000. However, the trend this year indicates that more of these Iceberg orders will be submitted as Iceberg Plus. This is an enhancement of the existing Iceberg order whereby the visible tranche is pegged to the bid/offer while the full quantity is also available to trade in SwissAtMid. These orders will help facilitate block executions and speed up the time it takes to fill orders. That is particularly true for instruments where liquidity is scarce.

SOLVING THE DATA CONUNDRUM. Heather McKenzie looks at the challenges and initiatives hoping to ...