Worth the wait, or a missed opportunity?

On the 14th January the European Parliament and Council of Ministers finally agreed a new directive to update rules for markets in financial instruments (MiFID II). Rob Boardman, CEO of ITG Europe asks whether it was worth the wait? 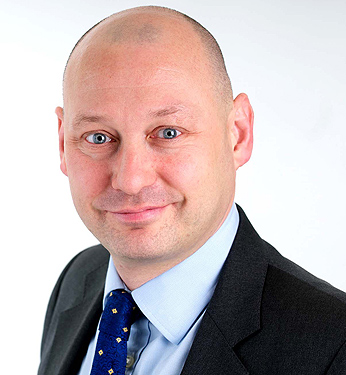 The comprehensive scope and heated negotiations at the Trialogue phase (between the Commission, Parliament and Council) certainly slowed the directive’s progress. Last minute negotiations on commodity derivatives and limits on dark pools exposed the commercial forces and lobby groups which can fundamentally alter the opinions of policy makers. Lobbying by the Federation of European Stock Exchanges (FESE) was seen as particularly effective, as the group got most of their wishes. But when we assess what’s in MiFID II, we also need to ask what’s not in the final text?

One of the most hotly debated areas of MiFID II was response to policy bodies (such as ISOCO’s Oct 2011 report) calls for protections to market transparency by limiting (or even eliminating) dark trading by restricting the waivers to pre-trade transparency. FESE was a loud advocate for the restriction of dark pools, which was not a surprise since most of its members operate lit-only platforms. MiFID II is unusual in placing precisely calibrated restrictions on the percentage of equity trades that can use the so-called reference price waiver: 8% in total, and 4% in any one venue (normally such detail is left to the level 2 text). Moreover, since broker crossing systems will not be permitted in equities, these caps will in effect only apply to MTF trading platforms.

Bizarrely, the most discussed, but least controversial measure demanded by many in the industry, has only a few words of mention in the MiFID text: the consolidated tape. Much solid preparatory work is being done at the technical level, through the establishment of approved reporting mechanisms and authorised publication arrangements. The FIX Trading Community’s work on messaging standards has laid further groundwork. But the key question of how a single official tape of record has been dodged; policy makers still live in hope that the market will provide a solution.

For non-equities, many students of market structure were expecting that MiFID II would reflect the commitments of the 2009 G-20 Pittsburgh Summit (which called for greater transparency in derivative markets) by extending pre and post trade transparency to other asset classes such as derivatives, bonds and currencies. But strangely MiFID II is set to deliver only a “principle of transparency”; with pre-trade transparency applied on an à-la-carte basis.

The original MiFID of 2007 contained an informed definition of “Best Execution” by including a broad range of factors, not just price, that traders should take into account when executing for their clients (by contract the US RegNMS has a much narrower definition centred around price alone, but has the advantage of protecting investors from inter-market price arbitrage). But sadly in MiFID II this seems to have fallen victim to the ‘too difficult’ category; the directive contains neither “Best Execution” obligations for OTC assets or a RegNMS-style rule for listed securities to make sure clients always get the best price. Surely European investors deserve the same protection as their American cousins?

The “2010 Flash Crash”, which saw massive price swings in US stock and derivative prices is a large factor in the debate about the need for controls to protect market integrity. Most commentators agreed that changes were needed at both systematic levels (circuit-breakers to prevent price swings) and individual trader (checks at market gateways to ensure traders do not enter rogue orders). More controversially, the debate also analysed the role of high frequency trading (HFT), with some investors and politicians calling for the practise to be banned or limited. Fortunately a more balanced study by the UK Government (Foresight Project, 2012), which looked at the future of computer trading in financial markets, recommended caution to avoid over-regulating algorithmic trading technology.

From what we know from the high-level text, it appears MiFID II will regulate but not eliminate high frequency trading. The details are still to be released, but at first glance the controls look sensible: restrictions on sponsored access, requirements to regulate HFT firms and clarification about market-abuse. The silly notion of a minimum 500ms resting time for orders has been abandoned, although the high-level text hints at obligations for liquidity provision by firms which make markets through HFT. Many of the reforms have the unintended consequence of adding cost to equity trading by increasing the administrative burden of trading firms. In the discussion stages before MiFID II was published, many measures were proposed such as:

We wait for the level 2 text to be published to see which detailed measures will be adopted.

Although MiFID II contains some measures to promote competition amongst trading venues and clearing providers it falls short from fully unlocking the “Vertical Silo” model whereby listing, execution, clearing and associated data services are all bundled into one commercial entity. Market data for example will be left as a quasi-monopoly service for which European stock exchanges can charge traders whatever price they feel like. Supporters of pre-trade transparency may consider that the high pricing of market data could be a bigger threat than dark-pool trading. Was it naive to blame MiFID II? Perhaps competition issues are better dealt with by the European Commission’s Directorate General for Competition, which has powers to investigate and enforce anti-trust action.

In summary then MiFID looks like work-in-progress. In a world of technical innovation we should expect regulation to require constant updating. But in too many areas MiFID II already looks overtaken by events. Moreover, it clings to an increasingly outdated notion that exchanges, brokers and clearing system all have specific roles. Brokers now run venues, exchanges have brokerage licences, and technology providers deliver services that overlap with all industry participants. Surely it’s time to move to a regime where regulation controls actual behaviour, independent of how a firm is labelled.