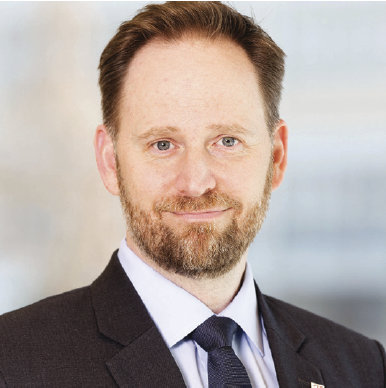 The Covid-19 pandemic has resulted in almost unprecedented uncertainty across economies and led to increased volatility in the global financial markets. As such it has tested the operational resiliency of a number of systemically important financial infrastructures. Significant turmoil in financial markets can destabilise the financial system and, as a result, the economy as a whole. It is crucial that markets function seamlessly in such times: Open markets allow for fair and orderly price formation so that investors can react to the uncertainty they face. If central market infrastructure was not operating it would lead to the already increased levels of uncertainty and cause more damage as investors would not be able to react to the events, could not accurately assesses the values of assets they hold and would be prevented from adjusting their portfolios to accommodate events as they unfold. This has an impact on the majority of our population who have investments in their pensions and savings which would suffer as a result. The main focus of SIX is to ensure a functioning market infrastructure – including the Swiss Stock Exchange – to help the market and the investors who rely on it to weather the storm.

Time to take a breather without stopping the entire market

Switzerland is known for its high quality, stability, and trustworthiness. This also sets the bar for our financial market and its infrastructure: SIX was always at the forefront of technological evolution being the first exchange in the world to switch from floor trading to electronic trading almost 25 years ago. Subsequently we have constantly invested in our systems and infrastructure as well as upgraded the Nasdaq X-stream INET platform we employ. So today we operate not only one of the most technologically advanced, but also one of the most stable stock exchanges in the world.

As a result, we are prepared for extreme market conditions and possess all of the necessary tools to support and protect market participants and investors. We have withstood extraordinary situations in the past from the financial crisis in 2008 to the impact of de-pegging of the Swiss Franc from the Euro in January 2015 which both led to unprecedented volumes. Our rule book allows for well-established methods to address high market volatility. Circuit breakers on individual stocks levels result in trading halts and volatility auctions to limit uncontrolled and excessive price movement. So without interfering with the entire market we can give traders the opportunity to re-assess the situation for a single stock. This does not suggest we prevent price movement altogether. In addition, our active market control and surveillance team monitors every single trade and takes action if activity does not conform with market price bands.

All of this is underpinned by robust technology. The events which unfolded in March 2020 are precisely the reason why our systems are calibrated towards peaks and not averages. As a result, our system capacity has been coping very well with the large volumes and velocity of trading. Capacity usage was at its peak in the low double digits of our system’s threshold and we have had no outages or system issues. This applies not just to our listing and trading businesses, but also to our best in class post-trade systems.

We didn’t just keep the Swiss Stock Exchange open because we technically could, we did it because we deemed it crucial to support the market in coping with the crisis situation and enabling investors to operate. Although there have been voices that advocated for shutting down markets, such suggestions seem counter-intuitive and could even exacerbate the crisis further. The Philippines Stock Exchange in Manila – to name a current example – closed for 2 days and when it reopened, stock prices were down by around 30%. Closing markets would not remove the underlying cause of the uncertainty and volatility. It would only remove transparency around asset valuations and for investors the important ability to act which results in these effects multiplying when markets re-open.

We are consequently also of the opinion that price formation should not be interfered with to allow unbiased valuations to be reflected in them. We already prohibit so called “naked short-selling” – in the sense of selling with no ability to settle the contract if the seller is neither in possession of the security nor able to borrow it – on our market and our market controls suspend trading if there are significant price movements intraday. We oppose blanket short selling-bans since they can have a negative impact on real-time price formation. Finally, we believe it is important to the orderly functioning of markets that investors can adapt to changing economic views in a timely manner – including mechanisms such as short-selling – to smooth the economic impact of price adjustments.

Listings in times of uncertainty

High volatility and declining asset valuations in March changed the prior benevolent environment for capital raising activities such as IPOs almost overnight. While European IPO activity in January and February 2020 was significantly up in terms of transaction volume – if not in numbers – compared to 2019, activity in March has slowed down materially, both in Europe and globally. In Switzerland, at this point, only already publicly announced spin-offs with distribution-in-kind to existing shareholders currently confirmed their intended time plan – subject to required approvals and to market conditions.

With regard to investment products, however, we have observed a significant upswing in issuances of structured products: More than 10,000 instruments were listed in March – an all-time record – as issuers updated their portfolios to new market levels. Looking beyond the exchange but not beyond the infrastructure that SIX provides to the financial centre, over 220,000 newly listed structured products were uploaded via our CONNEXOR service in March – another all-time high. On the ETF side, 21 new instruments were listed and Credit Suisse – on 16 March, in the middle of the storm – returned to being an ETF issuer on our exchange. So not only trading remained open, issuers also actively updated their investment products portfolio to provide investors with a wide choice of financial instruments to react to the market turbulences and to position themselves according to their market view.

Uncertainty drives volatility and volatility drives turnover; a spike of uncertainty leads to a spike in volatility which leads to spike in turnover. To give a reference point: an implied volatility of 16% indicates that a stock is moving 1% per trading day. In mid-March, volatility as measured by the VSMI spiked to more than 70% – many times over the average of the past (albeit historically less volatile) years and a multiple of the “Rule of 16”. The increased volatility reflects the uncertainty facing stock markets and has led to massive reductions in asset values. As indicated above, this led to very high trading volumes – and unlike “Jordan Day” in January 2015, when the Swiss National Bank unpegged the Swiss franc from the Euro, this volatility persisted for several trading days rather than just being confined to a single day. As result, we’ve seen several new records being established in March 2020, both in terms of trading turnover – up +80.9% on the previous month at CHF 293.0 billion –, and in terms of trades – increasing by +127.7% to a total of 17,399,685. These new all-time highs surpassed the previous ones by 61.3% and 127.7% respectively, established in January 2015 and February 2020.

This sort of trading environment normally results in wider spreads and available liquidity being tilted to one side. On the Swiss Stock Exchange our spreads did widen in March, aligned with our peers who also saw similar trends. However, the relative spread changes were at the lower end of the spectrum when compared to our European stock exchange peers. A reason for this positive outcome is that our committed liquidity providers delivered during such difficult periods. So despite the high levels of uncertainty, trading remained fair and orderly. This is why we favour open markets which allow for informed price formation to best weather the storm in the markets.

A highly volatile trading environment usually leads to market participants opting for certainty of execution as opposed to seeking price improvements – a traditional dilemma. Our non-displayed liquidity pool SwissAtMid breaks with that tradition. Thanks to its unique sweep functionality, the service allows users to achieve both – certainty of execution and price improvements – at the same time.

In the second half of March, turnover in SwissAtMid exceeded CHF 1 billion in 11 out of the 15 trading days and yielded price improvements of more than CHF 8 million for market participants during this volatile period.

March 2020 was – in many ways – an extraordinary month and it is impossible to predict what the near future will bring. On the positive side it showed that European financial market infrastructure providers can be relied upon in times of crisis. SIX continues to operate a fair and orderly trading environment to support the market. Despite the current levels of uncertainty, volatility and record volumes our systems remain stable and offer investors a compelling environment with robust spreads and prices and a strong price formation process: The Swiss Stock Exchange is open and supports market participants and investors to best cope with the current uncertainty in the markets.