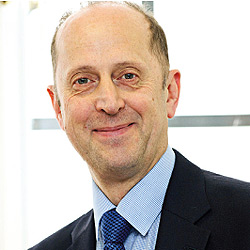 Mark Ford, principal consultant, head of Global Sales and Marketing at LiquidMetrix looks at the impact of the new regulation.

What impact will the delay of MiFID have on the Market Abuse Regulation (MAR) since the two are related on some issues?

The MAR comes into place this July and that means there is a longer gap between its implementation and MIFID II, which has now been delayed until 2018. Although there is a major time difference between the two new pieces of legislation, industry participants need to consider some of the aspects contained in MIFID II this year because MAR includes the provision for wider monitoring of asset classes and is not a directive but a regulation. This means it’s required to be implemented in full in all EU member states without the need for local legislation. In the past, many participants relied on exchanges and local regulators to carry out monitoring of potential abuses but this was always problematic, because they do not see every part of the trade lifecycle. Going forward all participants will be responsible for the oversight and monitoring of their trading activity.

What are some of the key changes under MAR?

The regulation covers both buy and sellside firms. Asset coverage and trading platforms will be widened to include financial instruments traded not just on regulated markets and MTFs, but on organised trading facilities (OTFs). Also, OTC trading has to be considered. Other key changes are that MAR covers cancellations of orders, and modifications or terminations to an existing order, where there is evidence of potential abuse. The current requirement to make Suspicious Transaction Reports (STRs) is expanded to Suspicious Transaction and Order Reports (STORs). This means there is both the existing obligation to report suspicious transactions as well as now suspicious orders. Attempted market manipulation becomes an explicit MAR offence, as does the attempted manipulation of market benchmarks such as LIBOR.

What impact will this have on a firm’s infrastructure?

The regulation recommends using electronic surveillance systems where applicable, but we have found that many industry participants are still using largely manual or old legacy systems to carry out their monitoring requirements. The older systems are clunky, weighed down by data, and especially not able to cope with fragmented markets. Most are geared towards monitoring prices on the primary markets only but not MTFs, which now account for a significant proportion of trading activity. Research figures show that the primary market share on some instruments is now below 50%, with the other half of the volume traded on MTFs. The other issue is that the legacy systems tend to be siloed according to specific business lines and are now not appropriate for the new regulations.

What are some of the key challenges?

Data is one of the key challenges. We already have the situation where orders or trades on one venue can be used to influence prices on another. However, under MAR, participants will need to collate and reconstruct trades across multiple venues as well as manual and electronic trading. They also need to take a holistic view of their trading activity and look at the flow from all angles, whether it is on exchange, MTF or proprietary. For example, if trading in European stocks, a participant would need order book price information from potentially six lit markets to be monitored as well as the various dark and OTC venue volumes.

There is also more accountability, which means firms need a clearer picture of the context of a potential abuse. The information has to be presented in a meaningful form and should show the market conditions surrounding the potential abuse. The order book needs be more granular than is currently used so that activity including a participants own direct market order messages are used, as well as each outgoing order message, in order to satisfy the requirement to monitor for spoofing or layering manipulations.

What is the level of preparedness?

Meeting the new regulations requires significant investments in infrastructure and information storage, but it is impractical for all but the largest institutions to initiate lengthy, expensive projects to undertake the surveillance needed where the participant subscribes to each individual source of information. For example, if I am a member of five European trading venues, I will need five separate data feeds and the infrastructure to support the data collection and storage, even before the actual requirements of the surveillance system have been considered.

The older legacy systems are rarely flexible enough to adapt to new market conditions, so we believe the best approach is to have a utility service from a vendor that still gives the participant the desired level of surveillance monitoring, but at a fraction of the cost. Although I have not seen any studies, estimates show that moving to a utility could be a quarter of the cost of implementing a strategy in-house.

The other benefits of using a utility are that it allows firms to focus on their core strengths and competitive advantages – as satisfying a compliance requirement is rarely a competitive benefit.

How do you see the market evolving?

I think we will see a scramble as firms really need to be prepared for MAR in July, and that over the longer term we can be sure that markets will continue to change. Systems are required to be flexible, but also be able to carry out ‘what-if’ scenarios, which will become increasingly important and help users determine the features and changes required to market abuse alerts as the market environment continues to evolve.