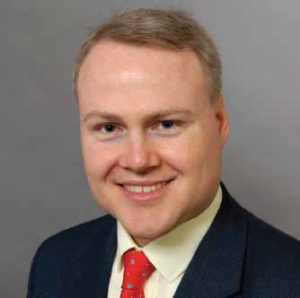 Partnership and innovation deliver Turquoise as the electronic block trading destination that provides the best results on a continuous basis – the very definition of best execution. By Dr Robert Barnes, CEO at Turquoise. 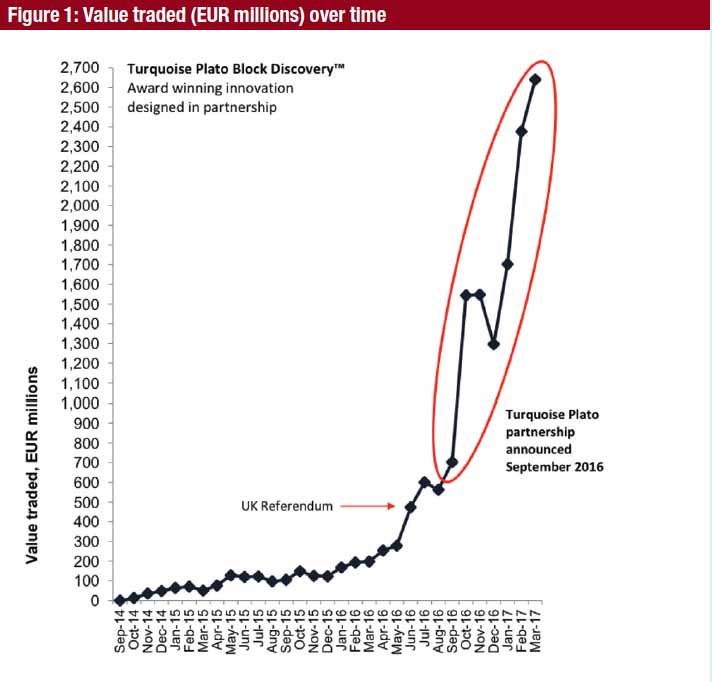 Turquoise Plato Block Discovery™ has more than two years worth of empirical measurements evidencing consistently high firm up rates. These rates result from robust automated reputational scoring, which measures the difference between the original block indication and the subsequent firm order. Since its launch, more than 95% of order submission requests (OSRs) resulted in firm orders into Turquoise Plato Uncross™, within the specified time window of under half a second. In less than 5% of OSRs did the respondent fail to come back within the prerequisite core time and size parameters. The key insight is that the vast majority of Turquoise Plato Block Discovery™ OSRs successfully firm up.

Turquoise Plato Uncross™ has been the subject of multiple studies since 2013 by LiquidMetrix, the independent analytics firm that specialises in venue performance metrics and execution quality analysis,2 and their analysis shows that for Turquoise Plato Uncross™, after 1 second following execution, the PBBO mid reference price has changed in less than 10% of occasions. This compares well with the 50% for continuous dark pools.

Turquoise Plato Block Discovery™ is a broker-neutral mechanism for executing anonymous block orders above 100% of LIS thresholds. Today, orders entered are eligible to participate if above 25% LIS. ESMA sets current LIS thresholds relative to an Average Daily Turnover (ADT) metric that segments securities into one of five bands that set a security’s respective LIS threshold.3 During March 2017, Turquoise Plato Block Discovery™ differentiated profile is resilient – 59% of all value traded in March 2017 was greater than 100% x ESMA LIS threshold.

The intraday chart, enriched by trade size, shows NEXT plc trading on multiple trading platforms, including LSE, the electronic order book of its primary listing exchange, London Stock Exchange, and Turquoise. Turquoise trade prices are similar to those of the primary Stock Exchange, and Turquoise trade sizes serve both the smallest and largest orders through its single connection for straight through processing, from trading in London to settlement into Euroclear UK & Ireland. Turquoise not only enables investors to access a third of the order book value traded that day, but Turquoise also matched the very largest order trades of all venues during the day via its award winning electronic block trading innovation Turquoise Plato Block Discovery™.4

A platform you can trust

Surveillance of Turquoise activity, including monitoring of price movements ahead of Turquoise Plato Uncross™ is undertaken by the independent London Stock Exchange Group Surveillance team. Any suspected manipulation of Reference Price will be referred to the UK Securities Regulator, FCA.

A combination of robust automated reputational scoring, independent quantitative analysis evidencing the quality of the LIS trading mechanism, and an independent surveillance oversight adds to the integrity of Turquoise Plato Block Discovery™ for the matching of undisclosed Block Indications that execute in Turquoise Plato Uncross™. 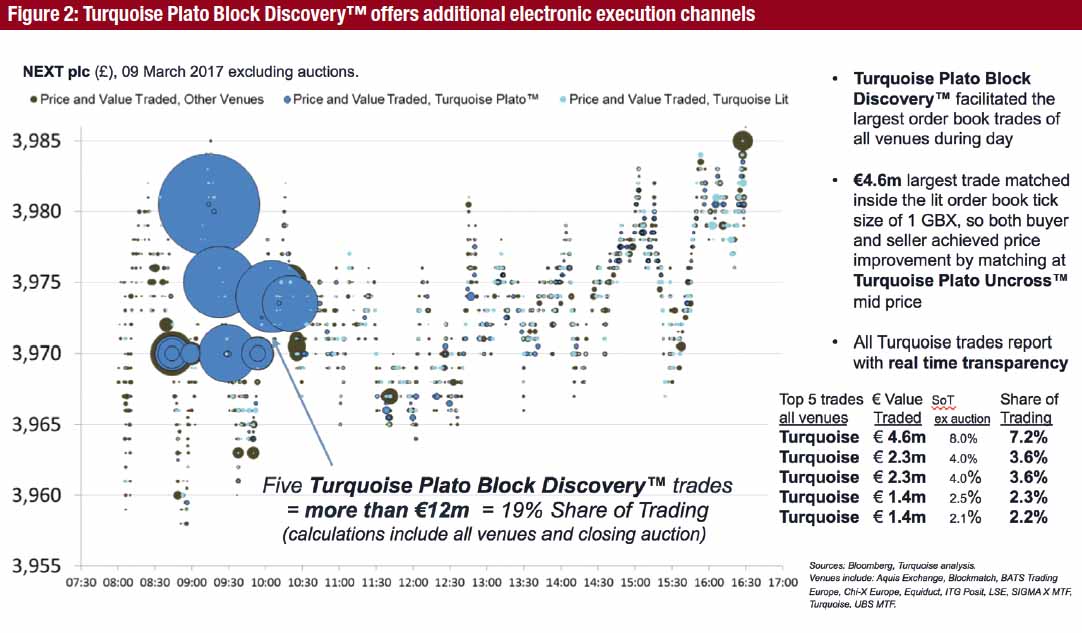