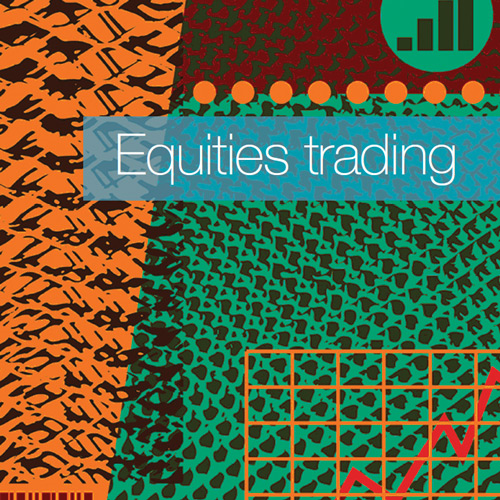 WHAT’S IN A NAME?

The concept of alternative indexation is not new but the number of monikers sprouting under the label can present a confusing picture. Lynn Strongin Dodds looks at why the concept has become so popular.

Mention the words smart beta, which Tower Watson coined in the early 2000s, and the reactions widely range. While many providers bristle at the term, preferring alternative indexation or style and factor investing, others embrace the label which for better or worse has become the marketing moniker. Regardless of the terminology, all agree that these non-market cap strategies are becoming an integral part of the investment fabric.

“There is a lot of confusion with the names and this can create misunderstandings,” says Guillaume Dupin, head of absolute return strategies at La Française Global Investment Solutions. “The most important thing to remember about smart beta is that it does remain beta; and thus, the predominant factor that investors are exposed to remains the primary factor (the equity market factor). Smart beta is however a good alternative to common indexes, all weighted by market capitalisation, selecting stocks using different criteria like for example ‘value’ or ‘low volatility’.”

The idea is not new and can be traced back to over thirty years ago when renowned credit economist Bill Sharpe, along with other notable industry participants, demonstrated that the benefits of active management could be replicated using a simple rules-based approach. The methodology was further enhanced by using the Arbitrage Pricing Theorem (APT), which broadens beta from a single market measure to include a selection of factors, the classic ones being style (growth and value), capitalisation (large, mid, small), and momentum (persistence among ‘winners’).

Fast forward to today and the list of factors has expanded, although the three most common frameworks include low volatility strategies, which promise to reduce total risk (as measured by standard deviation) of the index by carefully selecting less risky stocks as well as fundamental, which focuses on measures including sales revenue, cash-flow, dividends, and stock buy-backs. Equal weighting, the simplest form of index construction, also has a strong following in that it is a simpler method that averages an entire universe.

It is not surprising that these strategies took off in the wake of the financial crisis but the cracks in market cap investing were evident in the frothy Japanese markets of the 1980s as well as the technology sector at the turn of the century. These benchmarks were tilted towards large cap stocks, plus they had concentration risk which meant that when those bubbles burst, investors took significant hits.

“The discussions about alternative weighted indexes are not new but they have come to the fore over the past few years,” says Ian Webster, chief of staff at Axioma, a risk-management and portfolio-construction solutions provider. “The attention was not just on the poor performance of traditional benchmarks but also on the skills of active managers who charge high fees. Asset owners realised that they were not getting value for their money because many of the strategies they were buying were in effect closet index trackers that were producing passive returns.”

Smart beta, on the other hand, aims to offer the best of both worlds – diversification, enhanced yield, uncorrelated stocks and downside protection. As interest rates have languished, assets under management have soared from $103bn in 2008 to $616bn in 2015, according to figures from data provider Morningstar. A separate study from FTSE Russell last year, which canvassed 214 asset owners across the globe, also showed that there were geographical differences. Europeans are leading the charge with 79% of asset owners having evaluated smart beta compared to 61% of their North American counterparts.

In addition, 68% of the European respondents with over $10bn in AUM already have a smart beta allocation, way ahead of the seemingly paltry 27% of their similarly sized North American peers. However, North American firms are looking to narrow the gap with a further 30% of asset owners noting that they are either currently evaluating smart beta or intend to do so in the next eighteen months. As for allocation, overall, 55% had allotted a tenth or more of their equity portfolio to these strategies, up from 38% a year earlier.

As seen with other trending investment themes, popularity can bring its own set of problems and smart beta is no exception. Some strategies are becoming dangerously overcrowded which could lead to disappointing returns. Moreover, others are becoming overcomplicated and lines are being blurred with traditional active management. These dangers have recently been highlighted by Rob Arnott, a pioneer in the field and chairman and chief executive of Research Affiliates, the US company that launched some of the world’s first smart beta indices in 2005.

In a recent paper, Arnott argues that smart beta’s growing fame could also be its downfall. “One of the biggest problems with today’s products is that many are performance chasers and make the mistake of forecasting the future by extrapolating the past,” he says. “Investors need to be careful because these excess returns may not be sustainable in the future. Indeed our evidence suggests that mean reversion could wreak havoc in the world of smart beta.” 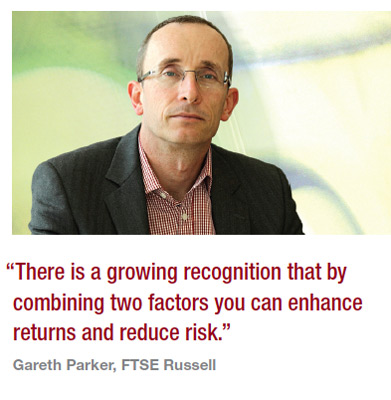 This may explain why the multi-factor theme has taken hold. “We found a trend in our study which showed that among asset owners with an existing smart beta allocation, over 70% are using two or more strategies,” says Gareth Parker, senior director for index research at FTSE Russell, which has $140bn of assets under management linked to its smart beta products.

“There is a growing recognition that by combining two factors you can enhance returns and reduce risk. Which factors are combined will depend on the investor’s objectives. If for example, diversification is one of your main objectives, then you will probably not choose to mix growth and momentum, because they are highly correlated. Yield and low volatility would work better,” he adds.

Two years ago, FTSE Russell launched its Global Diversified Factor Index Series, developed in partnership with J.P. Morgan Asset Management to serve as underlyings for its own US ETF product suite, while last year MSCI rolled out its own version – the Diversified Multi-Factor (DMF) index family that combines four well-established equity factors – value, momentum, size, and quality – with a weighting strategy designed to keep volatility in line with the underlying benchmarks.

French firm Edhec Risk Institute, which has around $8bn tracking its strategies, blends four stock selection factors (volatility, valuation, size and momentum) with five smart beta diversification strategies. These comprise an equal as well as an efficient volatility weighting plus a diversified multi-strategy approach that allocates stock weighting based on the average of these five separate methodologies.

Bryon Lake, head of Invesco PowerShares EMEA, whose parent company is the fourth largest ETF provider globally with $98bn of AUM as of December 2015, and the first to market with smart beta ETFs, believes the key is to identify factors that work well together. “It is important not to overcomplicate the conversation because one of the problems seen with quantitative managers is that they can over-engineer a product. The other challenge is smart beta is growing very rapidly and in some cases faster than clients can on-board. We believe our job is to cut out the noise and provide tools that will help them build better portfolios.”

Although diversification is important, David Schofield, president of INTECH’s London-based international division, believes that the particular factor that is followed is more a source of risk, and less important for return generation than the regularly rebalancing of the portfolio. In essence this means a sophisticated ‘buy low, sell high’ methodology with the potential to capture the volatility in stocks in the form of an excess return over the benchmark but with less risk. The process also has specific risk controls that help minimise tracking error.