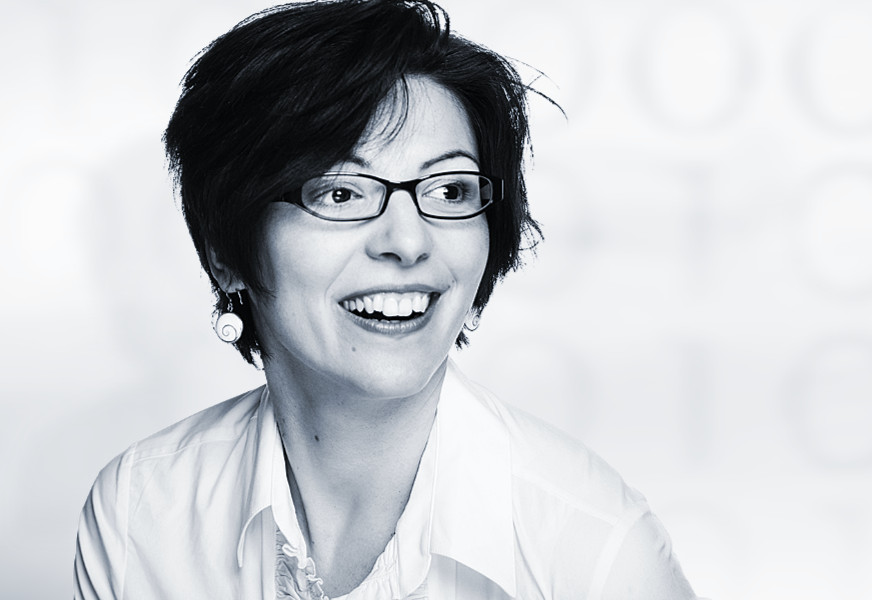 Emma Vartolomei, CEO and founder of All Street Research talks to Shanny Basar about ESG ratings, greenwashing and diversity

Emma Vartolomei’s father was a biologist who had beehives and hectares of land that he planted with trees to stress the importance of biodiversity and conservation to his family. So it is unsurprising that she is the CEO and founder of All Street Research, a fintech company which has launched Sevva, an artificial intelligence platform developed in collaboration with the University of Cambridge to provide real-time environmental, social and governance ratings for any public company, private company or fund.

Vartolomei said: “Sustainability is suddenly on everyone’s agenda and I think it is the only game in town for capital markets for the next five to ten years.”

She explained that investment and sustainability research is currently very labour intensive. This prompted her desire to innovate and use cutting-edge technology to automate each step of the research process.

The firm aims to put sustainability assessments into the hands of every public and private company in the world and expand the investable universe for asset managers. Companies will have access to their own ratings to drive more corporate engagement with their stakeholders and will be able to see where they stand in their peer group in real time.

Prior to launching All Street Research, Emma had over 15 years experience in corporate banking and asset management including roles at Citi, ABN Amro, UniCredit and Dimensional Fund Advisors. During her time at Citi, Vartolomei set up a wholesale microfinance structure to support small and medium initiatives, and the influence of her upbringing shines through.

“Social benefit was the big thing that I was keeping an eye out for because of my upbringing and my parents,” added Vartolomei.

Everything changed for Vartolomei when she studied for an MBA in Oxford in 2008, during the financial crisis where there were many discussions about how to fix the system. She is credited with coining the term ‘alternative finance,’ which is now widely used.

“I drew the first breakdown of every function in the system and then mapped new ways of finance,” she said.

As a result Vartolomei decided to intervene in the market to make it more sustainable and set up All Street Research. In 2015 the firm began by creating a framework for assessment and rating all the stocks listed on the Social Stock Exchange. She described it as “fantastic” to create the first ESG methodology specifically designed for small companies.”

In October this year the firm launched Sevva, which means selfless service in Sanskrit. The platform uses cognitive robots to ingest ESG numerical and natural language processing to take in text-based social and governance information to provide a detailed understanding of how a company is performing against the United Nations’ Sustainable Development Goals.

The current off-the-shelf methodology enables the cognitive robots to automatically process everything that companies disclose in the public domain. Sevva allows users to click through any rating and examine the specific paragraph in the underlying primary source from which an SDG Impact Factor was derived.

All Street also has a separate initiative for ESG risk assessment but it is not currently embedded in the platform.

The platform adjusts for the fact that larger companies have more resources to undertake sustainability analysis. Sevva’s methodology groups companies according to market cap, as well as industry, so that smaller companies also have the opportunity to score highly. In addition, Sevva’s scalable methodology allows all listed emerging markets stocks to be covered, filling a market gap in current coverage.

Greenwashing
Data is important in addressing investor concerns around greenwashing. Vartolomei said greenwashing has a lot of definitions and one example is when companies write a 10-page report about one single activity.

“We address this because our robots read every page and rank each data point in terms of relevance,” she added. “Only the most relevant data points count towards the final score.”

The European Union has been trying to address greenwashing by developing a taxonomy for sustainable finance and ESG disclosures, which has caused considerable debate. Vartolomei argued that most companies do not have the required data and, to date, most have not reported against the required data points which raises questions around the taxonomy’s implementation.

“Fewer than 30% of the holdings in the sample portfolios we ran would qualify under that taxonomy as the rules are very strict and there is a scarcity of data,” she said.

Vartolomei said Sevva has the capacity to push the boundaries of what is currently possible.

“The conventional way today is human driven and we are expanding this at scale,” she added. “Our mission is to bring the power of AI to solve humanity’s greatest challenges.”

Diversity
Last year investment in female-founded fintechs rose 6%, but they still only accounted for 17% of the total $4.1bn raised in the UK according to Innovate Finance.

Women are only between 12% and 18% of total participants in MBA programmes which Vartolomei believes highlights a systematic problem with the lack of diversity in the sector. She also believes that she used to be too accommodating when she detected bias but she has learnt to stop engaging and just ends the conversation.

“Now I am very brutal,” Vartolomei said. “I choose who I want to work with and once you own your stance, and have that attitude, you end up speaking with a lot of amazing people.”

Her advice is that your attitude will make or break your success because being a founder is a hard journey which requires a lot of energy and stamina. A positive mindset is critical because for every person that loves what you are doing, another will not, so founders need to take whatever feedback is useful and move on.

“You need to just put one step forward each day as sometimes it’s difficult to see that you are going towards achieving your goals,” she added.

Her other advice for women is that they need to have the right partner next to them who is on board with their career aspirations.

As well as leading a fintech company, Vartolomei has twin two-year-olds and she said diversity starts with not buying her daughter princess clothes or pink things. She makes sure that her daughter plays with the same trucks and rockets as her brother as discrimination at an early age undermines womens’ confidence in taking leadership roles later in life.

“I’m not doing this just because I want to work 14 hours a day, including weekends, but because the purpose is to leave something behind,” said Vartolomei. “It’s a very rewarding journey because I would love to be able to make a contribution to the overall good of this planet and society.”