The European Union’s proposed green bond standard should be made mandatory for new green bond issuances within three to five years, according to the European Central Bank (ECB).

The ECB was responding to a request from the European Parliament for its opinion on the proposed EU Green Bond Standard (EU GBS), a voluntary accreditation scheme which aims to ensure issuers abide by a set of rules if they wish to call their debt “European green bonds”.

It is well documented that definitions of what determines sustainable activities are often unclear while it can also be difficult to get information about an issuer’s use of proceeds, The EU GBS tries to address this with a rigorous regime of transparency and supervision.

Only projects that are in line with the EU taxonomy of sustainable activities would be eligible for funding, and issuers would need to provide additional information at the time of issuance, and subsequently through regular reporting on the use of proceeds and its impact.

In addition, only external reviewers supervised by the European Securities and Markets Authority (ESMA) will be allowed to approve an EU green bond. 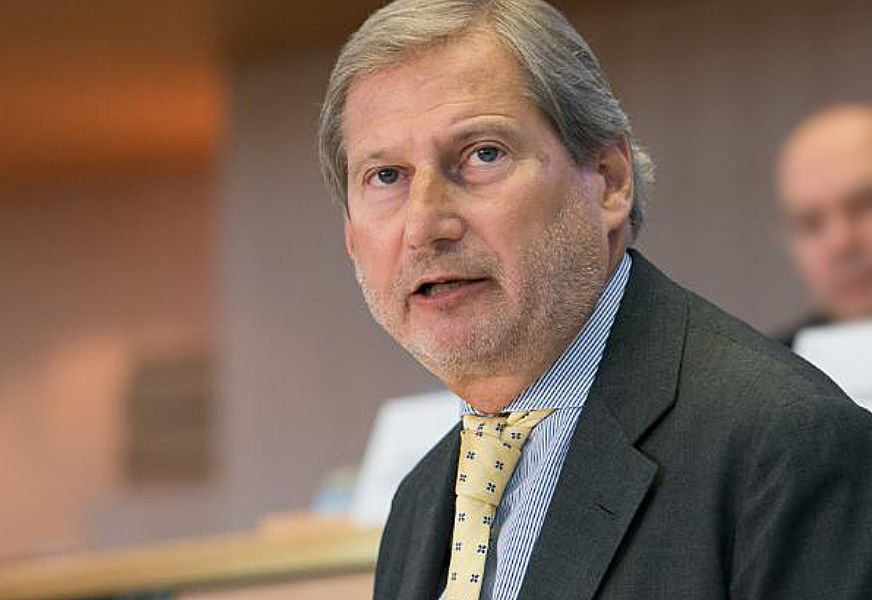 The Parliament and member states have yet to sign off on it, with Budget Commissioner Johannes Hahn saying it won’t be ready for another year or two.

The bond standard is part of the EU Sustainable Finance Strategy which has a range of initiatives to help prevent greenwashing, with companies also needing to disclose how their activities align with the EU’s taxonomy in coming years.

Green bonds though are one of the fastest growing areas of the sustainable market. Governments sold a record $26.46 billion of green bonds in the third quarter of 2021, boosted by the UK issuing a debut green gilt ahead of hosting COP26. Overall, total global green bond sales hit $318.53 bn in the first nine months of the year, surpassing 2020’s record annual tally, according to data from Climate Bonds Initiative, or CBI, a UK-based green debt tracker.

Borrowers have been using a plethora of national and voluntary market standards although the voluntary Green Bond Principles published by the International Capital Market Association is the most widely used.

The ECB does accept that the voluntary nature of the bond standard was a “balanced approach in the short term.”, This is because an immediate shift to mandating its use in the EU could result in divestment of existing green bonds not aligned with the EU Taxonomy, and a “sudden drop” in EU green bond issuance.

However, it is recommending that the EU make a “clear commitment” to having a compulsory EU GBS compulsory as “it would create certainty for markets and could also incentivise issuers to apply the EU GBS before it becomes mandatory.”

The central bank also believes this should not just be a regional edict but one that is adopted across the globe. It said, “Effective international cooperation … will be essential to ensuring the international coherence of standards for green bonds and avoiding the risk of competitive races to the bottom, which could exacerbate the risk of greenwashing and globally undermine the positive environmental impact of green bonds.”

Other concerns raised by the ECB focus on the exclusion of sovereign green bonds from EU Taxonomy disclosures, and the risk of ‘double-counting’ of green investments exaggerating the real impact of green financing.

For example, it noted that if one bank issues an EU green bond to grant loans to Taxonomy-aligned projects and a second bank invests in that bond, then both may count the underlying projects in their Green Asset Ratios. This is a single metric to determine how green a bank’s balance sheet is under the EU Taxonomy.

Although the green bond standard may not see the light for some time, some issuers are not waiting for the ink to dry.  The first company out of the starting gate is Swedish property company Dios Fastigheter which has already shown its new green financing blueprint to investors demonstrating its alignment to the  proposed green bond standard. Svenska Handelsbanken, which advised Dios, believes it is the first to adapt to the bloc’s regulations.

Dios’ green bond framework includes a “Factsheet” required by the EU standard, which sets out setting out its funding goals and environmental objectives. It still needs to be reviewed by an external party registered with the European Securities and Markets Authority, although the mechanism for accreditation is not yet in place.

The Bank for International Settlements (BIS), has warned of the growing risk of overheated pric ...