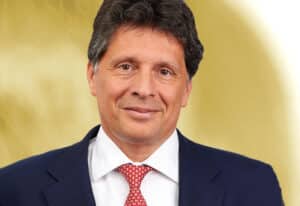 The European Commission has  published its Renewed Sustainable Finance Strategy, which aims to align the world of finance with its goals to make the region carbon neutral by the middle of the century.

Part of the plan is to impose tighter measures on banks and credit rating agencies to better reflect the risks climate change poses to the financial system.

In addition, the Commission set out its  proposals for voluntary standards for green bonds that finance sustainable investments.

While green bonds have seen significant growth in Europe, going forward, capital markets will need to play a central role in the green transition.

According to the Association for Financial Markets in Europe (AFME),  35% of the funding needed to meet the Paris Agreement is required from equity, alongside 44% from loans and 21% in bonds.

The Renewed Sustainable Finance Strategy is also seen as a step in  the right direction in the fight against greenwashing where the environmental benefits are overstated, as it seeks to regulate the €350 bn it needs annually in energy investment.

Next week the Commission will announce its Fit for 55 package which details how it plans to achieve a new emissions-cutting goal of at least 55% by 2030 from 1990 levels.

He added, “Now, the next stages of the sustainable finance agenda will be critical to mobilise private investment on the scale needed to meet the EU’s sustainability objectives.”

The strategy builds on a 2018 action plan on financing sustainable growth and the reports of the Technical Group on Sustainable Finance. (TEG).

The recognition in the Renewed Strategy that the current EU Taxonomy framework could better recognise investments for intermediary steps on the pathway towards sustainability is extremely helpful.

He notes, “A robust transition framework should include both activities and entities that are already low carbon, but also be forward-looking and include firms, their assets, and their activities that demonstrate the commitment and potential for transition within scientifically determined thresholds.”

The European Commission has postponed the implementation of Central Securities Depositories Reg ...