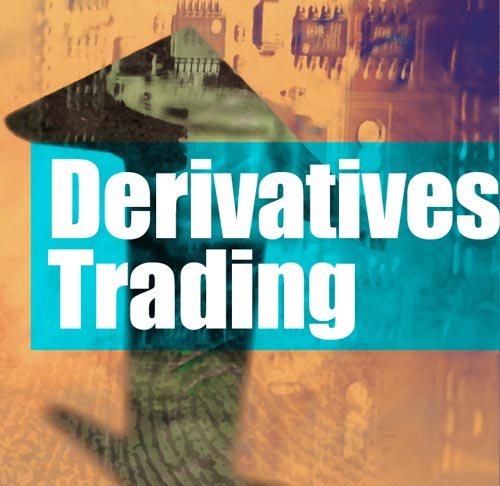 Dan Barnes looks at the uncertainties and potential costs posed by the dramatic restructuring of derivatives trading and processing.

Macroeconomic factors are making markets choppy in the second half of 2015. Trading is consequently a trickier business, with a tight partnership needed between dealers and investment firms’ trading desks if execution is to be effectively managed.

“Listed derivatives can take longer to trade because markets are more volatile,” says Adrian Fitzpatrick, head of investment dealing at Kames Capital. “That means the price to get business done can be slightly wider. Instead of being a couple of ticks it can be three ticks which percentage-wise can be a big thing. If institutions are working the order they can get it done, it just takes slightly longer.”

Trading over-the-counter (OTC) derivatives has also become more costly, although largely as a result of rules set out under the Dodd-Frank Act and the European Market Infrastructure Regulation (EMIR). These frameworks set out the plan for standardising contracts, introducing electronic trading where appropriate, and central clearing of OTC derivatives, all mandated by the G20 governments in 2009. Other jurisdictions such as Japan have made progress putting these plans into effect and even some non-G20 countries, such as Singapore, are viewing these standards as a benchmark for the global derivatives market.

However for participants in a global market the imposition of multiple different national or regional regimes, each slightly different is challenging. On 6 August 2015 the European Commission, under EMIR, made it mandatory for eligible OTC interest rate derivative contracts to be cleared through central counterparties (CCPs) in its jurisdiction, a process to be phased in over the next three years. That will align the European regime for OTC derivatives more closely with that of the US, which was introduced in 2013, however not perfectly.

“What is yet to be clarified is how the different regulatory regimes of Europe and the US will interplay,” says Sam Topper, head of operations at credit hedge fund JPS Alternatives, part of J.P. Morgan Asset Management. He adds “That is where there is a lot of uncertainty in the clearing landscape. Right now US clearing can be mandatory for eligible instruments, but European clearing is not. When both become mandatory, to what extent will there be equivalence?”

Wedded to the Basel III capital adequacy rules that have broadly increased the cost of capital for investment banks, the irregular nature and uncoordinated timing of trading and clearing rules for OTC derivatives between jurisdictions have thrown the capacity of banks to provide services into disarray.

Several sellside firms planning to offer clearing services, including BNY Mellon, State Street, Nomura and Royal Bank of Scotland, have withdrawn from the market in the last couple of years. BNY Mellon noted in an October 2014 statement, “EMIR mandatory clearing has been pushed back to late 2015 or early 2016, delaying the expected expansion of the over-the-counter clearing business, which was a key element of our derivatives clearing strategy.”

In Europe and the US central clearing is already a market consolidating around five to ten clearing members, reducing competition on pricing. There are considerable costs involved in the process. Initial margin, a deposit held by the CCP against the value of an OTC swap, will have to be paid in high quality fixed income assets or cash. Variation margin, to account for any change in the value of a contract, will typically have to be paid in cash. Those instruments need to be sourced and funded using existing assets.

For dealers that are still involved in the clearing space the challenge of accurately determining their returns from clearing services has limited their capacity to support clients in a transparent manner. When asked about the validity of the prices they have quoted in their EMIR disclosures, several tier one brokers found serious problems in determining their actual range of prices. One was unable to determine who was responsible for the disclosed prices. The spokesman at another said, “The disclosed prices are simply not prices we would charge” while another said, “our charges have since changed” but was unable to say what they had changed to.

“It’s fair to say that pricing has been increasing due to the higher capital associated with this business,” said another.

The process of posting cash as variation margin requires investors to either have buffers of cash in-house or to have some type of collateral transformation or repo facility to exchange securities for cash. The latter seems to be the natural option but the worry is, if the market becomes stressful will there be enough players, for example in repo, to execute a transformation?

“We see liquidity dropping and parties withdrawing in repo,” says Ido de Geus, head of treasury and client portfolio management at asset manager PGGM Investments. “Pension funds normally have enough high quality liquid assets available so initial margin should not be much of an issue, but tend to repo them for cash where necessary to cover variation margin.”

A consequence of the shifting regulatory sands is a caution among the majority of the asset managers to commit to operational changes. The larger and more apparent preparations have been made by the majority of firms say market observers.

Jacqueline Walsh, managing director at Derivati Consulting, says, “Most have a clearing member and central counterparty so they can clear trades. A lot of those decisions were made six months ago or more, so there is a real desire now to revalidate those decisions with the changing scope of clearing members. I am just starting to see firms looking at optimising their model, now that they can be compliant.”

As firms look at the more specific operational pieces of the puzzle, the level of preparation undertaken varies in terms of the size and sophistication of the firm. Dealers report that the larger buyside firms have the resources, and dedicated departments to help cope with change and complexity.

Pierre Lebel, global head of client collateral management at broker-dealer SGCIB says, “They have project management teams to reorganise their processes whether for the listed derivative markets or OTC bilateral trading. If you go toward the lower tier-one firms and below, you have firms that will have to drastically change the way they do business. Some of them are completely unprepared.”

The first priority for firms to address is their systems, argues de Geus. Increasingly trading technology must be able to capture granular data. Regulators are increasingly pushing banks to provide a single view of finance and risk data, as under the Bank of International Settlements BCBS239 rules, while Dodd-Frank, EMIR and MiFID II all demand trade reports from firms that will require both buy and sellside trading desks to capture granular data.

“Firms need monitoring at three levels,” says Christian Voigt, senior regulatory adviser at trading platform provider Fidessa. “The first is around the order in real time for the trader. The second is around T+1 analysis for the compliance function, looking at the same data from a slightly different angle. The third is a view for senior management. I would say those requirements are multi asset.”

Addressing the most pressing regulatory challenges with point solutions, which is how many firms have been meeting these challenges is starting to give way to a bigger picture around technology investment, says Noel Montaigue, senior sales manager EMEA at trading and risk management technology provider OpenLink Financial.

“That got them out of trouble on small budgets,” he says. “Now they are taking the longer term view. They still expect an ROI inside of 18-24 months but they are buying for the business, rather than the business unit.”

There is also a need to understand how a firm’s derivatives trading operation fits in with its counterparties, in order to ensure that it is viable as well as valuable. That requires investment in relationships as well as technology, says Miles Courage, chief operating officer at JPS Alternatives. “We spend a lot of time and effort understanding the requirements of different counterparties so that we can be an optimal client,” he adds.