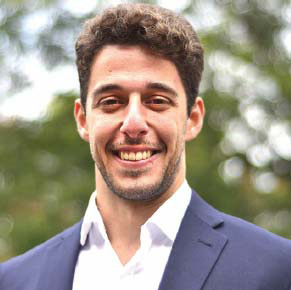 Eman Galea, Research Analyst at JWG looks at the challenges behind standardisation.

With increasingly complex and intrusive policies spread across multiple jurisdictions, and regulators requesting large amounts of granular data for monitoring and transparency purposes, major financial institutions are struggling to comply with the requirements. One response and key ingredient in moving forward is the standardisation of process, data and even technology.

For instance, a US Treasury Department report earlier this year called for regulators to streamline reporting obligations and review their co-ordination efforts, incorporating greater accountability and clarity into examination procedures and data collection requirements.

The request mirrors commentary from European Central Bank President Mario Draghi, who, during his speech on 25 August 2017, warned how the loosening of financial regulations could re-create incentives that led to the financial crisis. He reaffirms how “regulatory convergence provides the strongest assurance that the playing field is level right across the European market.”

With global regulatory reform high on the agenda for many international institutions and the on-going roll-out of the European Market Infrastructure Regulation (EMIR), the argument for regulatory standardisation has garnered significant attention, especially within the derivatives markets.

An ISDA white-paper released last year entitled “Future of Derivatives Processing and Market Infrastructure” suggests that the industry collaborates across all sectors and develops a “standardised, efficient, robust and complaint ecosystem that supports the needs of an array of market users”. Considering the significant impact of EMIR on the trade processes of the derivatives markets – with virtually all areas of the business cycle, from pre-trade execution and lifecycle management to reporting, having been affected – the trade body recommends that principles of reform should focus on:

Ultimately, full realisation of these principles can only be achieved if the industry takes the necessary initiative, which ideally means a harmonised approach. This article will focus on these challenges, as well some current initiatives aimed at addressing them.

The reporting challenge is in the data

The current regulatory landscape for derivatives is riddled with complexity – unaligned obligations that have been developed separately present many independent, as well as duplicative requirements that have placed strain on firms’ most finite of resources – effort and time.

One of the biggest issues to overcome is the lack of a common rulebook. Cumbersome legal texts used to describe regimes across jurisdictions necessitate that market actors delineate varying, yet very similar, interpretations of the same underlying requirement. Semantics aside, unaligned reporting regimes also impose different information exchange requirements. Under the current framework, certain trade data points have to be reported as many as three or four times through different channels, such as an Approved Reporting Mechanism (ARM) or a Trade Repository (TR), increasing the risk of non-compliance. 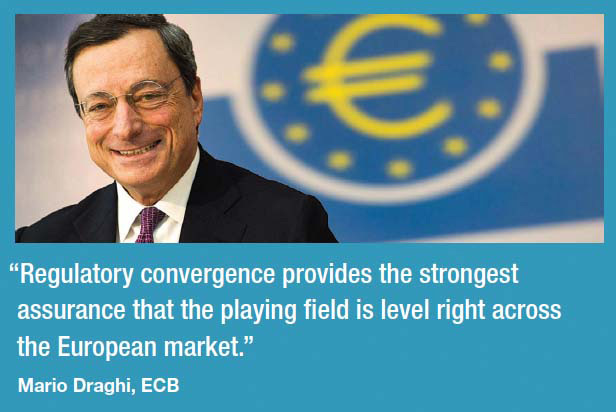 More worryingly, misaligned interpretations across several layers of regulatory obligations ultimately lead to a reduction in the quality of data for systematic risk monitoring purposes, negating the fundamental intent behind the rules. In their paper titled “Revision of the European Market Infrastructure” the European Systematic Risk Board (ESRB) acknowledges the considerable obstacles in generating high quality data which, “can only be ensured if a fully-fledged and functional data quality framework is put in place along the whole chain of data collection” (ESRB, 2017).

Their research shows how data provided by TRs under EMIR requirements is not harmonised and, in some cases, not suited to macro-prudential analysis. With 44 billion derivatives reports registered to several TRs during 2016, it is imperative for the industry to establish a framework which appropriately governs this data whilst engaging market participants through one consolidated approach to reporting.

An industry focused on building capability

Whilst it is encouraging to see that there is a mutual appreciation for the need to address the overlaps, redundancies and inconsistencies across data reporting, the true value of these efforts will only be realised with a real initiative to align core economic data fields that are relevant to the primary objectives of trade reporting. They include improving transparency, mitigating systematic risk and preventing market abuse.

From a European perspective, the European Securities and Markets Authority (ESMA) has recently published final guidelines establishing a consistent and harmonised approach to the transfer of data between TRs under EMIR, with the scope of facilitating consistent compliance to the relevant provisions. The guidelines look to provide additional clarification as to ESMA’s position on data quality, competition between TRs, and risk monitoring – aiding TRs and other participants on the reporting process.

While these will become applicable as of 16 October 2017, the regulator is also currently exploring ways where it can propose certain amendments to the standards under EMIR. This includes potentially aligning the use of the ISO 20022 schema for reporting, validation and access of data to obligations under MiFIR and SFTR (Securities Financing Transaction Regulation). The use of a single schema for reporting obligations across firms, regulators and trade repositories is the first of its kind, and pertains to an interesting trend in the industry.

Similarly, the European Commission has appropriated the first building block in their progress towards standardisation to be the construction of a data dictionary, facilitating clarity in information exchange by ensuring the industry is interpreting the problem in a harmonised way.

Across the pond, the US Commodity Futures Trading Commission (CFTC) also made its intentions clear by publishing a roadmap to achieve high quality swaps data within the over-the-counter (OTC) derivatives markets. The focus on data fields, from a quality assurance perspective, should allow the regulators to perform the necessary oversight functions without the requirement to capture every data point – leading to a more accurate, consistent view of the marketplace to facilitate the efficient detection of market abuse and build-up of systemic risk in the system. The three-pronged approach to this problem is set to be finalised later during 2018.

Finally, the collaborative effort between CPMI and IOSCO (The Committee on Payments and Market Infrastructures and the Board of the International Organisation of Securities Commissions), to harmonise the definition, forms and mapping of data fields and technical specifications, can be seen as a major step forward. With the CFTC co-chairing, the initiative is set to establish global standards on unique trade identifiers (UTI), unique product identifiers (UPI) and other reportable data elements. Additionally, a move to transaction reporting on a T+1 basis is being explored to align efforts with the SEC (US Securities and Exchange Commission) and ESMA (European Securities and Markets Authority), facilitating the push towards harmonisation.

The efforts outlined in this article demonstrate an active approach to overcoming the many challenges. However, moving forward, it is vital that market participants continue to systematically collaborate, clarify and agree on the definitions and implications of every factor inherent in trade lifecycle and how the information exchanged will be manifest in trade reporting.

For the changes to be affected, senior management will need to start with a top-down view of the overall impact on business, facilitating a holistic view of how this impact trickles down to technology and data. In doing so, stakeholders will be able to determine how well the intentions of EMIR align with the global obligations and operating model foreseen by global regulators.