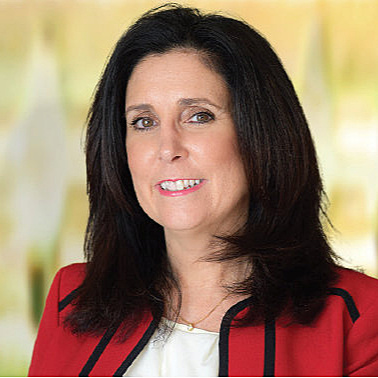 Derivatives are being drawn into the MiFID II Systematic Internaliser (SI) Regime – but, asks Linda Coffman, Executive Vice President of the SmartStream Reference Data Utility (RDU), are firms fully prepared to deal with the complexities this development will bring?

From September 15th 2020, MiFID II’s mandatory SI Regime will encompass derivatives. This final, delayed component of the SI reporting regime may not be attracting the same headlines as the introduction of MiFID II, back in January 2018, but it still has the potential to cause the industry headaches.

MiFID II transparency reporting obligations stipulate that single-sided reports must be made when an over-the-counter deal for a financial product is concluded – filing the report falls to the seller or to the counterparty operating as an SI for the specific instrument.

Looking back to the introduction of MiFID II, there was, as the deadline for its implementation loomed, no single, centralised source of information that could tell market participants which institutions acted as SIs for specific instruments – although ESMA does maintain a database of SIs.

In response to the dilemma facing the industry at that point, the SmartStream RDU engaged with a group of Approved Publication Arrangements (APAs) and their SIs, establishing the Systematic Internaliser (SI) Registry.

The SI Registry is a centralised repository into which the RDU collects – in collaboration with the APA community – data from SIs. This is aggregated and validated by the RDU and the consolidated, cleaned information is distributed to contributing APAs and SIs. It can be made available to other market participants, too, providing counterparties with a straightforward means of working out who is responsible for reporting a trade, and enabling them to handle the trickiest part of the SI Regime. The registry is now fed by data from 127 SIs, interacting with a significant portion of the SIs currently operating in Europe.

Derivatives: the most challenging component of the MiFID II SI regime
At present, identifying an SI is relatively straightforward. Some financial institutions – especially smaller firms on the buyside – may simply manually maintain lists of ISINs in order to answer this need. Yet once derivatives are drawn in the SI regime, managing the identification process manually is less likely to be a practical option.
From September 15th, where a derivative is traded over the counter, firms will need to work out if they are dealing with an SI or not. This has to be done using a complex classification scheme, devised by ESMA, involving anything from two to seven segmentations, depending on the instrument type. Correctly deriving the required data from internal systems, mapping it to ESMA’s classification, and then looking it up against the SI Registry is a tricky business, with plenty of scope for error. The use by individual organisations of different internal classification systems, and the resulting lack of standardisation, creates further pitfalls.

Greater clarity from regulators is currently awaited, but until this is forthcoming from ESMA, issues relating to data accessibility and lack of standardisation will continue to pose problems.

Increasing regulatory pressure on the buyside
Following engagement with a number of market participants, the author believes that some firms may not be fully aware of the complexity they are likely to face once derivatives are caught within the net of the MiFID II SI rules. It is vital that organisations avoid complacency – those on the buyside should take care not to fall into the trap of assuming that where a deal is struck the reporting obligation will automatically fall to the sellside.

Vigilance by the buyside in this area is becoming more necessary than ever as there is an increasing volume of evidence to indicate that national regulators are investigating buyside organisations more actively for both over- and under-reporting. Regulators appear to be taking issue with firms that do not have the methodology or understanding to pinpoint the SI status of a counterparty, indeed, in certain cases, those found to have weak practices are being forced by authorities to re-report. This exercise can prove a real headache: a company must ascertain what was status of its counterparty, on the day the trade in question occurred, which is a historical perspective some firms may not even retain in their systems.

A new API service aimed at eliminating complexity
The SI Registry currently takes contributions from SIs in ISIN, Issuer and COFIA (Classes of Financial Instruments Approach) format, enabling it to distribute information about SIs and the specific instruments they offer for equities, fixed income and now, importantly, derivatives.

Building on the expertise it has amassed in this field, and to reduce the complexity firms face as derivatives are brought within the MiFID II SI regime, the RDU has introduced a new API which hugely simplifies identifying counterparty SI status. Aligning fully with regulation, the API service allows a user to enter a single identifier for a derivative trade, which it then translates and communicates to the SI Registry, returning a list of relevant SIs.

The service removes the technical and administrative challenges which arise if deriving and mapping the required data is done manually, providing a fuss-free, rapid means of understanding all possible SIs for a particular derivative, as well as offering vital assistance with meeting reporting obligations. There are other potential benefits, too. For example, by selecting counterparties that are SIs in the instruments it wants to trade in, a buyside firm can sidestep the cost and time-consuming burden of reporting.

Looking to the future
Although for some in the industry the introduction of MiFID II, and all the upheaval it entailed, may seem like a distant memory, the final part of the MiFID II SI regime looks to have brought with it a sting in the tail – for which financial institutions need to be prepared.

To further support the industry, SmartStream continues to monitor regulatory developments closely, communicating regularly with ESMA as the authority works through data quality issues and releases classifications. The RDU is prepared to align with any future standardisation, while also keeping a close eye on other changes to rule-making – such as a possible future MiFID refit.