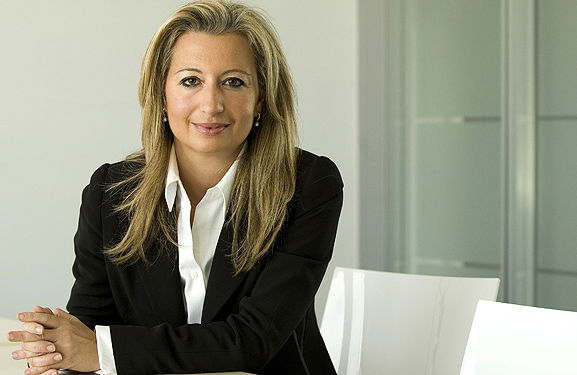 2014 has been an important year for OTC derivatives trading with the implementation of the European Market Infrastructure Regulation’s (EMIR) trade reporting requirements. Irene Mermigidis, Managing Director of European central trade repository REGIS-TR explains how, after a shaky start, market participants are now getting their houses in order.

The first phase for trade reporting was 12 February 2014, but as anticipated by some commentators, this first deadline did not pass without significant problems. From our perspective, understanding what went wrong and why was key to avoiding more problems when the next deadline of 11 August rolled by. I’m glad to say the lessons appear to have been learnt because the more recent deadline went much more smoothly.

A range of issues

One of the main challenges hampering the February deadline was the short time-frame market participants were given to get ready. The confirmation of trade reporting registration on 13 November, 2013 only left a 90-day window until the reporting starting date (RSD). Although a number of REGIS-TR’s larger financial customers were well prepared, having taken advantage of the test platform and documentation provided in advance, many non-financial customers were either unaware of the pending deadline or believed they were exempt.

In fact, non-financial entities were the single biggest group that struggled with timely compliance. They had asserted that EMIR should have been purely a banking regulation because so few companies used derivatives extensively, and those that did were looking to hedge interest and exchange rate risk, not trade speculatively. For many of the smaller firms in this group regulation is not a core focus as it is for a financial institution, and they do not have the extensive legal, compliance or project resources available to navigate the complex trade reporting landscape.

Meanwhile, several buyside clients assumed their bank would be undertaking the reporting on their behalf. The reality was that the sellside would provide reporting services largely on a ‘best endeavours’ basis, while the buyside was responsible for the accuracy of the data being reported, and were answerable, in respect of any breaches, to the European Securities Market Authority (ESMA) and their National Competent Authority (NCA).

There were also other organisations that waited until trade repositories (TRs) were officially registered by ESMA before even starting the provider selection process. Against this background, all TRs experienced a surge in account opening requests in the run-up to the RSD. Although it was challenging for REGIS-TR to on-board all of its customers in time, our system proved to be robust and customers did not experience the performance issues witnessed by some participants.

Another key issue was related to data quality and legal entity identifiers (LEIs). While ESMA continued to provide clarification on a number of issues – through its Q&A documents – there was no definitive protocol for reporting all fields of applicable data. A backlog in the issuance of LEIs resulted in situations where interim IDs were used instead, which did not match with the CCP. The absence of a definitive protocol for the generation of unique trade identifiers (UTIs) also caused data mismatches.

These two simple examples illustrate how the two counterparties of a trade might technically be reporting ‘correctly’, yet not in a way that is conducive to reconciliation, which, after all, is the primary validation of data quality. We continue to work with ESMA, the other TRs and relevant industry working groups to help define best practice and reach agreement on appropriate tolerances that should be applied without compromising the fundamental integrity of the data reconciliation process. It requires a collaborative effort and will take time for intra-TR reconciliation rates to substantially improve.

Implementation of Phase 2 of EMIR reporting for collateral and valuation was more efficient because market participants were much better prepared for the 11 August deadline. One reason was that the majority of corporates were not obliged to report collateral and valuations updates, as this phase was only applicable to financial counterparties and non-financial counterparties that fell above the EMIR clearing threshold (referred to as ‘NFC+’). These were the more sophisticated and better-resourced market participants, who were also amongst the best prepared for the 12 February target date.

REGIS-TR had already laid the groundwork, with clients being able to report collateral and valuation since February. We already had the connectivity channels, access to test environments and the know-how to best leverage the support mechanisms. To further support customers we issued a comprehensive Guide to Reporting Collateral and Valuations in early June. Similarly, the updated ESMA Q&A was also available in the same month, several weeks prior to the implementation of the requirement.

Some buyside firms also took greater control of the process. It had been generally assumed that the August deadline would see banks provide the necessary information via their own internal models, but there were buyside firms who chose to report collateral and valuations on their own behalf. This was predominantly because the valuations were deemed to be strategically sensitive and they wanted to protect their own proprietary information.

More generally, now that the process is starting to bed in, some buyside clients are re-evaluating the reporting models they hastily implemented to be compliant in time for 12 February, with a view now to develop a long-term strategic solution. The REGIS-TR offering, which has flexible participation and delegation models, is proving a popular option.

On the regulatory road

Under MiFID, the application of new rules is expected in 2017, with ESMA, which is mandated to produce the technical standards, publishing a discussion and consultation paper earlier this year. Both Deutsche Börse and Bolsas y Mercados Espanoles (BME) have MiFID reporting products in place and, as the requirements become clearer, REGIS-TR will look to align their product offerings.

However, beyond MiFID we also need to consider, for example, FinfraG (the Swiss Financial Market Infrastructure Act), REMIT (Regulation on Energy Market Integrity and Transparency) and Shadow Banking. Trade reporting in Europe is set to expand across transaction and instrument types, obligated entities, and regulatory jurisdictions. Whilst there is still work to be done on EMIR, the regulatory juggernaut rolls on, but REGIS-TR is well prepared.

THE CONSOLIDATED TAPE – IT’S NOT EASY BUT WITHOUT STANDARDS IT IS IMPOSSIBLE. Neena Dholani, Gl ...