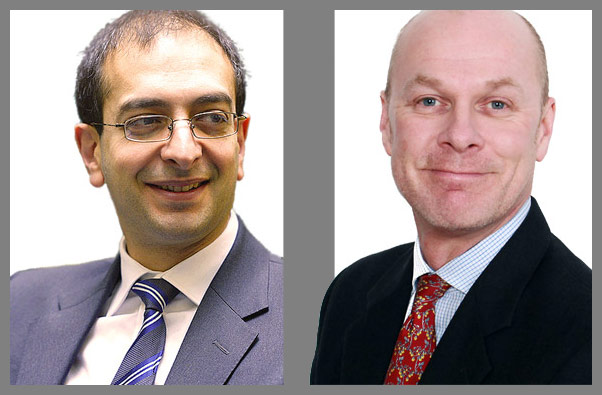 The migration of swaps trading in the US onto SEFs has resulted in a seismic shift in OTC derivatives markets towards electronic trading. Sassan Danesh* and Tim Healy* ask what has been the impact and what lessons can OTFs learn?

The birth and rise of the SEFs (apologies to Star Wars’ fans) has been dramatic since the first mandatory swaps trades were completed in February this year. According to statistics released by the Futures Industry Association (FIA), the overall volume in June was the highest of any month since mandatory SEF trading began. During the year, there has been a steady upward volume curve with the value in June for USD Interest Rate Swaps (IRS) coming in at almost $1,250bn. On-SEF volumes now account for approximately 60% of all cleared USD swap trades; a number that might further increase as more complex package trades migrate onto SEFs in November this year.

The volumes show that traders are becoming more acclimatised to trading electronically, liquidity is strong and regulators can monitor risk given that all contracts are now recorded in data repositories. On the face of it, the transition, whilst being huge, has been relatively smooth. However, given the size of the $710trn swaps market, small changes have the potential to present large issues to market participants.

The market now seems to be entering the next phase of its dramatic development from opaque, predominantly phone-based trading to a fully transparent electronic market. FIX has been at the forefront of this substantial change. The FIX Trading Community has been working closely with the investment community since 2011 to develop guidelines on how FIX could be used to trade swaps following the requirement by Dodd-Frank a year earlier for regulated trading of certain swap instruments. This work has resulted in the establishment of FIX as the de-facto standard for swaps trading on SEFs.

Although the different global regulators’ goals are fundamentally the same, the difference in legislation between the US and Europe has brought with it some issues. Currently, the US Commodity Futures Trading Commission (CFTC) has authorised approximately 20 SEFs for trading.

As in the equities world, the emergence of different liquidity pools has led to volume fragmentation issues. Separate pools of liquidity have formed for “US Persons” and “Non-US Persons” who are looking to trade off SEFs in order to avoid having to comply with the Dodd-Frank rules. On top of this, there are two distinct trading models – request for quote (RFQ) and central limit order book (CLOB). Historically, the majority of electronic markets have been CLOB based.

However, this model reduces the overall level of human interaction, an important element of the OTC derivatives market historically.

The major investment banks in particular will need to adapt their models as the expected uptick in electronic volume grows. One major investment bank recently set up a new team dedicated to monitoring trades across asset classes and electronic platforms, to look for opportunities and assess where there are potential threats to the bank’s market share.

There will likely be some consolidation in this space. Whilst the market is huge in notional USD terms, profit margins are under pressure as spreads naturally narrow with electronification. Will there be a need for 20+ SEFs? How will the buyside start to interact with the SEFs?

In Europe, MiFID II will lead to the creation of Organised Trading Facilities (OTFs) with the same goal as that of Dodd-Frank and the creation of SEFs – to reduce systemic risk and increase transparency in the OTC derivatives market. To clarify, the main distinguishing feature between an OTF and a Regulated Market (RM) or Multilateral Trading Facility (MTF) is that the execution of orders is carried out on a discretionary basis. This is an important difference, of course, as it will require the OTF to provide conduct of business duties to its clients.

In addition to the extra registration and on-boarding costs for market participants associated with the emergence of OTFs, similar concerns are likely to arise in Europe as have been seen in the US. Should the finalised rules not allow for a certain degree of interoperability between MiFID II and Dodd-Frank then the risk of further liquidity fragmentation is substantial. There is a clear directive that OTFs will not have any interaction with each other, so market participants will need to connect to each OTF, much like they have done in the US with SEFs, to make sure they have access to a broad pool of liquidity. As experience has proved, not all venues are created equal, some will thrive while others will fall by the wayside. Having an agreed connectivity standard for the OTFs in Europe, similar to what the FIX Trading Community has produced for the SEFs in the US, will allow banks to easily integrate with the new venues in a standardised, low-cost manner.

OTFs will also be allowed the luxury of voice brokerage. Given the size of the OTC derivatives market, there is a dangerous and incorrect assumption that all contracts are liquid. The idea that transparency is good for all aspects of the market is a concern and could lead to information leakage and the potential market manipulation of less liquid contracts – all things that the regulators are trying to avoid.

Legislation has led to a seismic change in the marketplace, and as with all seismic activity, there is the ripple effect and that has yet to settle.