Dan Barnes assesses why volumes on SEFs have not materialised.

“Draghi and the European Central Bank have done everything in their power to kill volatility in the front end of the [yield] curve,” says the head of European Futures and Options Sales at a Tier 1 dealer, speaking on condition of anonymity. “The market is dead but it is very hard to know how much is a reaction to the Dodd-Frank Act and its implications, versus a very challenging market environment in European fixed income.”

Exchange-traded derivatives are simultaneously suffering from low levels of activity, as a result of limited volume and volatility in underlying markets such as equities. In combination it is crushing sellside firms’ derivatives businesses and a shake-out may be in the wind, with only bigger, full-service firms able to support derivatives trading operations. 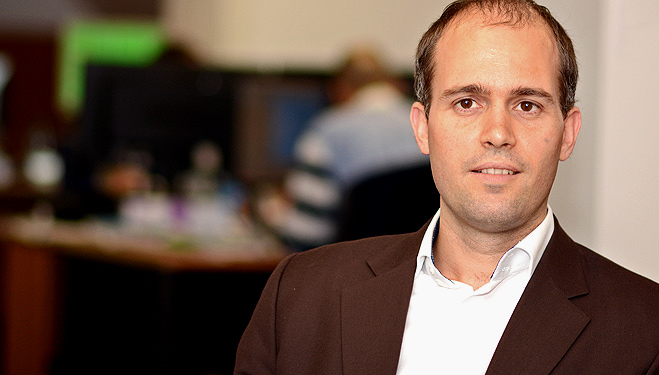 “There are completely new market conditions which have become the new normal, with low volumes and low volatility,” says Sylvain Thieullent (above), CEO for electronic trading at trading technology supplier Horizon Software. “Volumes are maybe a fifth of what they were in the listed derivatives market in 2007. With low volume people are looking for some liquidity at an interesting price. Previously OTC products were widely used. Now people are moving towards listed and there is a lot of sophistication in terms of the algos they use to access the market.”

However any migration to listed products is occurring at a far slower pace than many market participants had expected, or perhaps just hoped. The acquisition of a controlling share in agency broker Newedge, by investment bank Société Générale in May 2014, and the sale of RBS’s equity derivatives business units to custodian and broker BNP Paribas in February 2014 suggest that some banks are already choosing between exiting or expanding in the derivatives business.

“We are seeing a bifurcation of the market, across asset classes, into big flow monsters and specialist niche folk,” says Steve Grob, director of group strategy at trading platform provider, Fidessa. “The flow firms are all about reach and coverage and efficiency; the smaller firms have to demonstrate real expertise, either in a given market or around a particular product. We have built the capability [in our platform] for those smaller firms to trade via the larger firms’ infrastructure, so they can offer members a global service. We have had to work hard in developing an application programming interface that can be used for that purpose without any degradation of service.”

For the ‘flow monsters’ competition is fierce and investment significant. The regulatory requirement to clear OTC derivatives trades, already in force in the US and coming into play in Europe, has considerable associated costs for buyside firms through the requirement to find collateral that a clearing house can hold as protection against a contract’s price movements and counterparty bankruptcy. For a full-service broker, providing clearing connectivity also requires it to provide sourcing, optimising and posting of collateral. 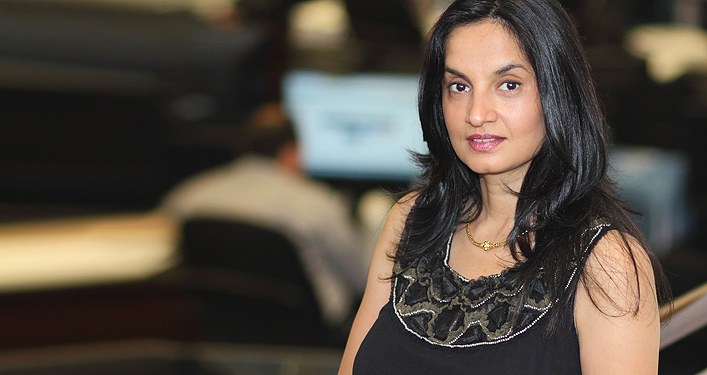 Supurna VedBrat (above), co-head of the electronic trading & market structure at asset manager BlackRock says that clearing is generally a volume business which makes scale crucial to broker offerings.

“Whether you are a tier 1 or tier 2 clearing broker, as long as you have an optimal model to clear for clients you should be able to attract the volume,” she says. “That is what people need to focus on. Designing a business model that is robustly risk managed and designed for volume/scale across products and optimising operational components to reduce inefficiency.”

There had been an expectation that exchanges would be able to migrate trading from the bilateral swaps market onto the listed futures markets by creating ‘swap futures’ that provide the same cash flows as swaps, albeit with less flexibility. However they are yet to prove attractive.

“The swap futures launched in anticipation of and as a reaction to Dodd-Frank, have seen very little in the way of real end user demand,” says a head of European Futures and Options Sales. “That is a bit curious. All of these catalysts exist that make a future traded on-exchange that mimics the performance of a swap very appealing. I think it is a function of market timing. The truth is no-one knows what the futures market structure will look like and how it will evolve, so everyone is betting on different horses right now. I think in the absence of a clear winner, people do what they always did, and that might be part of the inertia.” 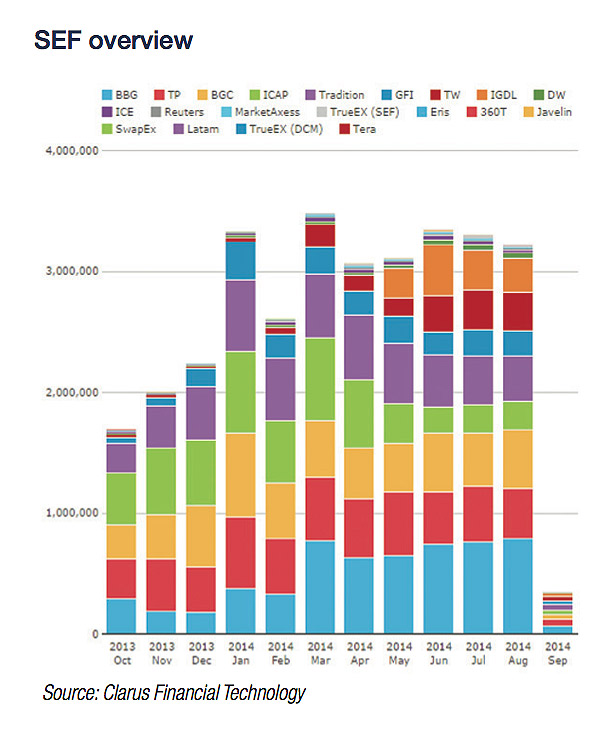 In addition, the advent of swap execution facilities (SEFs) in the US was expected to increase trading volumes as the illiquidity of fragmented bilateral trading was replaced by centralised trading venues. Again they were confounded.

Hirander Misra, CEO at derivatives exchange operator GMEX, says “Many people thought with the advent of SEFs in the US we’d see the floodgates open and a lot of the volume that is traded bilaterally would come on to the electronic trading venues, but when they went live – with the first wave in July last year – there wasn’t this deluge. There was an initial spike in volumes and swaps, futures also benefited, then volumes very much tailed off. One year on the volumes are still small in relative terms.”

The reasons behind the slow pace of change are complex. Asset managers can vocally support new products and venues but have no obligation to use either, until significant cost and liquidity imbalances develop. Brokers report that asset managers are in many cases simply trying to carry on with their day-to-day business to support end investors. Once they are settled with the market structure, product migration may occur.

Kunal Patel, principal consultant at capital markets advisory firm Capco, says, “The demand for sophisticated hedging instruments across the buyside hasn’t changed. You could almost argue that over time the level of sophistication required to hedge has become greater. That will then mean that the buyside will need to have an array of strategic choices available in order to hedge, they will need options around how to structure the hedge.”

However the failure of SEFs to significantly change the bilateral model of trading is seen as a stumbling block by several sellside dealers. For buyside firms, the current use of a request for quote (RFQ) model on SEFs simply replicates the process of calling around dealers without using a telephone. Using a central limit order book (CLOB) to find liquidity and match orders might revolutionise the business.

“Once that happens the most liquid products, whether on a SEF or exchange, that were previously bilateral will suddenly explode in terms of volume on the CLOB,” says one dealer.

Waiting for these changes will be painful for brokers particularly. Their real challenge is the cost of supporting client trading. The Volcker rule in the US, part of the Dodd-Frank Act, prohibits proprietary trading and excessive investment in firms that engage in ‘high risk’ activity, such as hedge funds. Equally the capital adequacy requirements of the Basel III regulation, which is intended to ensure that risk is balanced by capital reserves, applies punishing costs to sellside businesses.

“We’re in a Catch-22,” claims one US-based head of derivatives at a large investment bank. “If we were a purely agency business we would have an acceptable business model, but no-one would trade with us because without capital reserves we wouldn’t be seen as stable enough.”