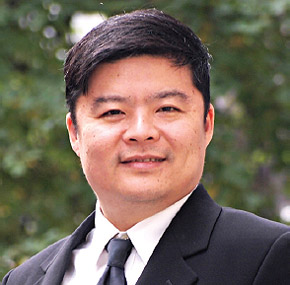 A SPANNER IN THE WORKS?

The EU Commission’s decision to delay the implementation of collateral rules for OTC swaps has prompted fears that the global introduction of the new regulation could be hampered. Jason Ang, Senior Product Manager, SmartStream, considers these concerns and looks at how sophisticated collateral management technology can help financial institutions comply with the incoming rules.

Global regulation – the US Dodd Frank Act and Europe Market Infrastructure Regulation (EMIR) – has pushed much of the swaps market through clearing houses. Nevertheless, a considerable amount of swaps trading is still done privately and, according to estimates by the Bank for International Settlements, the OTC derivative market may total some $493 trillion. Regulators are keen to mitigate the risks relating to the uncleared swaps market and have therefore sought to impose controls. This year sees the introduction of the BCBS-IOSCO rules, which will oblige institutions trading in OTC swaps to post both initial and variation margin. Initial margin requirements are set to come into force in September 2016, with the rules on variation margin commencing in March 2017.

June 2016 saw the EU Commission throw a spanner in the works, with the announcement that it would delay to December the introduction of the new collateral rules. As a result, compliance for EU banks will only begin in the middle of next year. The Commission’s decision has led to worries over regulatory arbitrage and fears that US and Asian banks will be put at a competitive disadvantage to their counterparts in Europe. There are concerns too, that piecemeal implementation of the new rules could hamper global adoption.

But is the EU Commission’s decision really such a cause for concern? Importantly, both the US and Japan have a final set of rules around which banks can shape their compliance programmes and it seems reasonable to assume that Europe will ensure its regulations are as similar as possible to those applied in the US and Asia. After all, if the EU took a ‘left turn’ at this late stage it would undermine the efforts of regulators – which have involved years of negotiations between national financial authorities – to co-ordinate the oversight of the swaps market on an international basis.

Stalling in Europe appears, however, to be causing some other regulatory authorities to hesitate. August 22nd saw the Australian Prudential Regulation Authority (APRA) defer the commencement date for CPS 226 margining and risk mitigation requirements to beyond September 1st. APRA cited delays in implementation in other major derivative markets, adding that it would release “in due course” the final version of CPS 226.

So how do those subject to the incoming regulation view these delays? Recent conversations with SmartStream clients preparing for the introduction of the new rules indicate that major traders in OTC swaps have made up their minds to adopt a most stringent adherence approach: firms are making sure that they are ready to meet the toughest regulatory standards and are implementing operations procedures as if arbitrage opportunities did not exist. That is not to say, however, that all arbitrage opportunities will go unexploited – it may be left up to individual trading desks to determine if they wish to do so or not.

While there will be a delay in Europe and Australia, there is no doubt that financial authorities mean business and that the new collateral rules are here to stay. Initially, only the largest traders in uncleared swaps will be affected but compliance for other firms will be introduced in a series of phases, finishing in 2020. Smaller financial institutions, if active in this market, will therefore have to turn their attention to managing the increased volumes of collateral agreements, as well as the added layer of complexity, that the new rules will surely introduce.

Automation can offer a useful way forward in this respect. Developing the type of technology required can be daunting and for many firms carrying out such work is simply too operationally challenging. They may, instead, choose to implement technology developed by a third party.

For those considering implementing a vendor-designed application on their own premises, a couple of points are worth bearing in mind. Firstly, a system is only as good as those who designed it and industry experts must be involved in the development process. Secondly, turning to a vendor with a significant market share can be beneficial as a provider with access to a large number of participants will be able to establish market consensus in the way regulations are implemented.

The optimum type of system – whether developed by a third party or designed by in-house experts – will be one that is comprehensive and capable of encompassing the collateral management process from end to end. It must be able to apply regulations accurately yet possess flexibility, ensuring that compliance is carried out correctly while allowing the user to fine tune execution details. Flexibility also enables a financial institution to cope with any ambiguity that may exist, for example, where regulation has yet to be fully finalised.

The question of communication and connectivity is just as important. How well is a system able to connect, for example, to external vendors or to communicate using industry standards?

Our collateral management technology has been designed with these factors in mind. It applies regulations robustly while giving users flexibility as to how they manage the detail of execution, and has also been developed with a strong focus on connectivity and communication. One of the company’s strengths is its excellent relationships with other vendors, and its ability to communicate with them.

Importantly, all SmartStream technology is capable of mutualisation and can be scaled up to form the basis of a utility. An organisation can therefore install our technology to meet its own needs and also to serve those of its clients. The SmartStream collateral management platform in use at a Tier 1 US Bank is one such example. The application, which forms the backbone of the bank’s collateral management service, supports a client portal through which users are able to view their exposures and collateral positions, generate reports and make collateral decisions.

Finally, it is worth bearing in mind that financial institutions taking the route described above can not only support their clients by offering access to sophisticated technology – which smaller entities might not otherwise be able to take advantage of – but potentially also create a new income stream to bolster their own revenues.