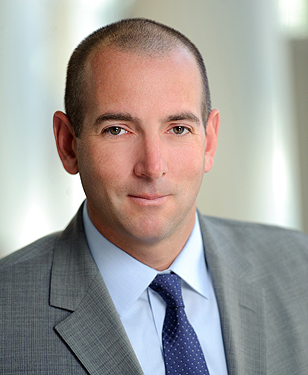 ONE SIZE DOESN’T FIT ALL.

Regulatory catalysts in the US, aimed at migrating OTC swaps to an exchange-like central limit order book (CLOB), have largely failed so far this year. One theory is that clients get better liquidity from the RFQ (request for quote) model and the buyside like the fact that there is no commitment to make prices. What are the other reasons?

While there continues to be some trepidation among buyside players about putting a firm price into an order book, we have recently seen that start to change. An increasing number of our clients both on the buy and sellside, are starting to explore order book trading on more liquid instruments. Based on the level of interest, we would expect this trend to continue.

What will the catalyst be for increased use of CLOBs? Will it be a natural evolution from voice to RFQ and then CLOB?

The catalyst really is the seeding of the books. RFQ execution is popular and will remain popular for some time, but growth in CLOB execution will require momentum of participation and we’re certainly starting to see early signs of this.

There is a view that in the future the two formats can be used in tandem with standardised trades executing in CLOBs and less liquid products remaining in the RFQ format. Do you think this will be the case?

I think you will see RFQ and CLOB co-exist for the foreseeable future. In markets where spreads are wide, the RFQ model is likely to be preferred. In markets with tighter spreads, the CLOB may provide price improvement.

What are the advantages of using a CLOB?

The principal advantage is anonymity. In the traditional OTC markets, there have been clearly defined lines between the client-dealer space and the interdealer space. CLOB meanwhile allows true all-to-all execution.

What other changes do you see in the fixed income and derivatives space?

I would expect continued product innovation to be an ongoing theme to allow for alternatives to traditional swaps. We have already seen it with innovations in swap futures, and I think that will continue.

And how do you see the industry developing in Europe?

The European regulators are on track with the G20 commitments on central clearing and reporting. However, they seem to be less prescriptive in regards to execution. European markets have traditionally been progressive in terms of electronic execution and I anticipate they will closely scrutinise how SEFs evolve in the US and adopt the solutions that work. When MTF/OTF rules come into effect, it’s likely new trading protocols will be deployed across the markets given the broader regulatory scope.