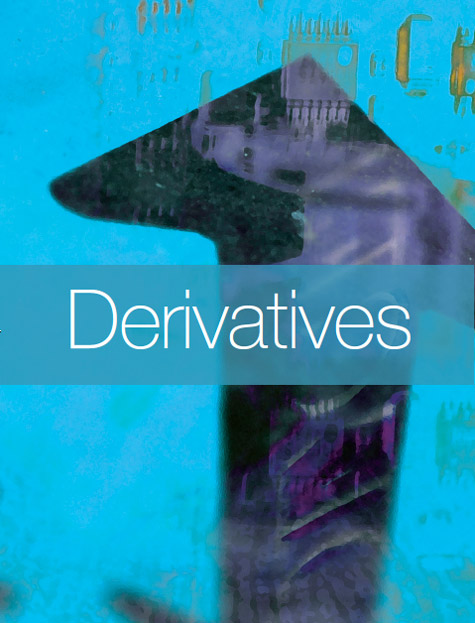 Chris Hall explains why it is not exactly business as usual in the derivatives markets.

Three months since British voters shocked both the political establishment and the financial markets by voting in a referendum to leave the European Union, we are scarcely any nearer to understanding what Brexit means, or when it will take place. Even though there are clear signs that meeting one of the key demands of Brexit campaigners – greater domestic control of immigration – could prevent future access by UK-based firms to the single market, the new Conservative government continues to play its negotiating cards close to its chest.

From a legal and regulatory perspective, the prospect of Brexit raises many possible challenges for members of the institutional investment and trading community – both in the UK and beyond. They are not only contemplating the disruption inevitably caused by the UK extracting itself from an EU-based regulatory framework but also by the parallel operation of two similar but potentially divergent regimes either side of the English Channel.

All asset management firms with a sizeable UK presence will be reconsidering their strategic options for continuing to serve end-investors, with trading desks focused also on the implications of Brexit for the relentless waves of regulatory change filling their in-trays as well as the intentions of brokers, custodians and market infrastructure operators. For those firms especially active in the derivatives markets, there is further question over the future of euro-denominated derivatives clearing, which is now largely conducted in London, but subject to the first post-referendum land grab, hastily attempted by French president Francois Hollande.

Departure from the single market is not yet certain, but no one should discount it. “At the level of individual organisations, it’s too early to say what the right strategic approach might be to a UK exit from the single market,” says Simon Puleston Jones, head of Europe at the FIA, a derivatives industry trade body. “Every firm has a different starting point and will have different strategic options for maintaining access to Europe. Firms that lose their passporting rights are going to have to get creative, potentially offering some services from London, but others from a location in the EU.”

Even before Hollande’s bid for euro clearing, the UK’s Financial Conduct Authority was quick to point out what Brexit did not mean, issuing a terse statement immediately after the referendum, reminding firms that EU legislation would remain in force until Britain formally quits Europe and establishes a new regulatory framework.

“UK-based banks have been very clear that they need to continue to prepare for upcoming regulatory changes,” says PJ Giammarino, head of London-based regulatory think-tank JWG. “It’s highly likely that MiFID II, the EU Benchmarks Regulation and the fourth Anti-Money Laundering Directive, for example, will be done and dusted before we know what Brexit really means for banks in practical terms. The potential implications on these regulations are already being discussed within banks, but they are getting on with the implementations regardless.”

Beyond compliance with existing rules, the key medium-term concern for UK-based asset managers is the future of their passporting rights. These enable them to provide services in all EU markets through registration in one, and thus govern many of their interactions with European clients and counterparties. Jacob Ghanty, a partner at law firm K&L Gates, suggests both buy- and sellside firms should look closely at the documents and processes that underpin their businesses.

“Passporting is not necessarily relevant to every asset manager’s European business,” he points out. “Each firm needs to undertake a gap analysis to understand precisely how they are affected by the UK dropping out of Europe. There is a misconception that UK-based firms with a European presence will automatically have to up sticks in the absence of passporting rights. But it may be that they need to adjust their operations to servicing both markets if they have a footprint in both the UK and Europe.”

Operating different platforms in the UK and EU is inevitably more costly and complex than running a pan-European business from a single location, but few companies are that streamlined or one-dimensional today. Certainly, market infrastructure operators are generally regional if not global entities, including all the UK-based central counterparty clearing houses (CCPs) that were recently re-authorised under the European Market Infrastructure Regulation (EMIR), but which face an uncertain post-Brexit future.

Experience to date of EU recognition of entities licensed in third-party regimes tells us the process is opaque, lengthy and unpredictable. Moreover, the extent to which the future relationship between UK and EU finance sectors will be framed within the exit negotiations triggered by Article 50 is still unclear.

“The process by which third-party regimes are regarded as equivalent under EMIR is judgement-based and therefore subject to political considerations and influence,” says di Giammarino. “This will lead to considerable uncertainty and may require affected firms – clearing houses, trade repositories, approved reporting mechanisms, etc, – to ensure their underlying processes meet both EU and UK regulatory requirements.”

Continuity of regulation of market infrastructures is important to the efficient functioning of the European derivatives markets, asserts Puleston Jones, suggesting a desire to maintain open trading channels will slow the pace of divergence between the UK and EU. “If the UK becomes a third-party regime, under EMIR, there needs to be a smooth transition to equivalence and EU recognition of UK-based clearing houses and trading and reporting venues. This means there can be no post-Brexit bonfire of the regulations in the UK.”

Although there has been no shortage of unpopular EU rules in the aftermath of the financial crisis – notably those capping bonuses in the fourth EU Capital Requirements Directive – the scope for a newly-unshackled UK regulatory regime to ‘take back control’ seems limited. On the one hand, much recent EU legislation – notably MiFID II – is either inspired by UK rules or drafted under considerable UK influence. On the other, the UK’s commitments to the G-20’s financial markets reform platform, notably on capital and leverage constraints for banks and reform of the OTC derivatives markets, means it is unlikely to deviate significantly from globally-agreed objectives.

“While it might be tempting to allow the City to compete with Europe on capital rules, this could seriously compromise equivalence prospects,” says Sam Tyfield, partner at law firm Vedder Price.

If the regulatory framework for European derivatives market participants is set to change only subtly, will at least Hollande’s gambit come off? Puleston Jones insists that the market should decide where euro-denominated instruments are cleared rather than regulatory mandate. “Forcing euro clearing into the euro-zone risks fragmentation across multiple hubs, e.g. Frankfurt, Paris, Dublin, etc, which would be detrimental to market participants inside and outside the EU,” he notes “Of course, if the US took a similar approach to US$ clearing, it would become impossible to clear dollar/euro swaps.”

Privately, London-based CCPs say the 2015 European Court of Justice (ECJ) ruling against the European Central Bank’s (ECB) attempt to bring euro clearing within the euro-zone means that only treaty change can release London’s hold on derivatives clearing. This may give its global market infrastructure operators enough warning to develop strategies for maintaining market share. But, as K&L Gates’ Ghanty suggests, where there’s a will there’s usually a way.

“Although the ECJ ruled against the ECB’s efforts to determine the location of euro-denominated clearing, it’s possible that pressure could build up in Europe to achieve this through other means, for example through legislation.”

In 2022 regulation and market activity may see greater adoption of derivatives, but traders...
Read more