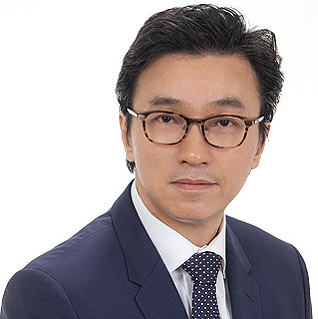 Since the late 1980s, advances in computer processing power have created a broader sphere of capital markets trading methods that allow for an increase in process efficiencies and the expansion of trade execution methods. As a class of instruments, trading in listed derivatives is largely electronified, with algorithms used to execute 40%-50% of all transactions. With growing adoption, proper management of algorithmic trading systems and high-frequency trading (HFT) systems is becoming increasingly important for the sound functioning of markets. This management starts with an understanding of the impacts and risks associated with using these types of systems so that a proper risk management framework can be created.

Algorithmic trading of derivatives is predominantly done in the US, followed by the UK, Japan and Australia. In those markets, the algorithmic trading of listed derivatives is popular because the markets there have more depth with respect to two-way liquidity, and as such transaction costs are relatively low. There are also more market participants, making the price discovery process more efficient. Additionally, in those markets, exchanges have adopted circuit breaker safety mechanisms that give investors reassurance if something systemic goes wrong, allowing stepping in and prompt suspension of trading. Some markets, such as the Hong Kong Stock Exchange, have not adopted circuit breakers, and the stamp duty charged on listed derivatives trades remains high compared to other markets for the instruments. This means that the cost of transacting large numbers of trades over a very short period of time via algorithmic or HFT systems is not economically justifiable.

The volume of algorithmic trading activity in listed derivatives relies on the fact that many of those trades are triggered by an auto-hedger, which is a tool for speculation. For instance, sovereign wealth funds typically deploy algorithmic trading strategies via investment banks to sell down block size trades, which allow them to exit strategic investments over a period of time without disclosing their identities and without creating additional volatility in the market. This type of algorithmic trading strategy is typically used for hedging or risk management purposes. On the other hand, a hedge fund – in order to conduct risk arbitrage or generate alpha on certain assets using a relative value type of pair trading strategy – would seek better pricing and execution levels for transactions in its book of algorithmically-traded listed derivatives. This is why hedge funds use HFT systems and strategies to assist them in the price discovery process.

The leading risk associated with algorithmically trading listed derivatives is often not the trading system, but adverse market conditions that represent extreme conditions that, in all likelihood, the algorithm being utilised was not tested for.

Broadly, there are two categories of fundamental risks for market participants using algorithmic trading systems for any asset class, which are: the sensitivity of systems, and feedback loops. As the sensitivity or aggressiveness of an algorithm increases, especially in the case of HFT, so does the overall risk of market instability. Trading algorithms are non-linear in their processing of market information to generate trades. This means that, with listed derivatives, small differences in the input of data into an algorithmic system can produce large differences in the outcomes that system can potentially create. If a system becomes hypersensitive or overly aggressive, then even small events can have noticeable results. Also, the faster the trading system, the faster adverse changes can appear. Even if these adverse changes have a short-term negative effect, recovery of lost system functionality can take a disproportionately long time, especially if those negative events accumulate rapidly.

In HFT, malfunctioning algorithms can combine with market conditions to generate feedback loops. HFT algorithms typically trade and hold small positions for a short time, and they use market reactions to determine when to place the next order. If the HFT algorithm fails to process feedback from previous trades properly, then it can create a negative loop of miscalculated trades.

Additionally, the main risk of algorithmic trading in derivatives is the ability to have controls monitoring risk exposures intra-day wherein the unintended accumulation of a large position in equity futures, for example, could result in a trading firm undertaking excessive risk before end-of-day risk processes take effect. Meanwhile, technology failures, exceptional or unanticipated market conditions or even the unexpected failure of the algorithm during the day may prompt the firm to take on significantly more overnight risk. The 2012 Knight Capital algorithmic trading malfunction was caused by an order routing system running an algorithm to execute orders in accordance to specific signals. One of the criticisms around algorithmic trading is the lack of sufficient testing; however, regulators globally are working on numerous proposals designed to strengthen algorithmic trading risks and controls.

Another challenge in algorithmic trading is related to the need for available liquidity. When there is a lack of two-way markets, it will be difficult to find an accurate mid-point price between the bid and offer of a trade. Even if there is ample liquidity, there are also issues surrounding latency with respect to market data such as the time lapse between direct execution and consolidated securities industry pricing or pricing from market data providers such as Bloomberg and Thomson Reuters. Meanwhile, technology efficiency and speed in assessing, transmitting, normalising and computing a mid-point price for a trade in any instrument also influences the ability of a trading venue to generate the best bid/offer for a listed derivative and to develop a precise mid-point and affix that to a matched trade.

HFT is closely associated with the effectiveness of dark pools when liquidity levels in lit markets are low, leading to a greater tendency to transact listed derivatives trades with resting orders at off-market prices in dark pools rather than at best-bid-offer prices. Consequently, there will be a higher rate of suboptimal fills when dark pools are unable to price trades accurately.

More importantly, if a trade execution system uses prices as a priority rather than taking into account the amount of available liquidity, then the dark pool venue will not be deemed as efficient by an algorithm and will make HFT less attractive or impractical to function as expected.

With reference to what can be done in mitigating algorithmic trading risks, risk controls should play a big role with respect to the robustness of both inbound and outbound risk firewalls as the key risk management gatekeeper. Controls around order completeness are keeping pace with the technological complexity and trading speeds of new algorithms, and they can be used to reduce the risk that an erroneous or destabilising order will reach the markets. More importantly, risk controls should also take into account the governance and oversight of risk-taking activities so that they can be aligned to the firm’s risk appetite framework and consistently applied.

GreySpark Partners observes that the level of awareness for adopting sound risk controls is high among Tier I and Tier II banks. However, with the lower-tier regional or local banks, the level of awareness would have been lower. Smaller banks want to compete with the big boys. They may want to improve latency by moving some of the risk controls to post-trade. That way they are hoping to remain competitive from an execution speed point of view. Alternatively, some smaller banks are not yet operating at the same level of sophistication as their Tier I or Tier II competitors with respect to their risk controls environment. As a result, there may be gaps in the overall picture of market-wide risk control mechanisms for listed derivatives trading.

Regulations are expected to prompt banks to invest more into further enhancing the robustness of existing risk controls frameworks. More flash crash incidents will definitely expedite this process. However, the effectiveness of the management of risk around algorithmic trading in every organisation is a function of organisational culture, the availability of resources to improve controls, the sophistication of regulations, requirements from trading venues and supporting vendor offerings.