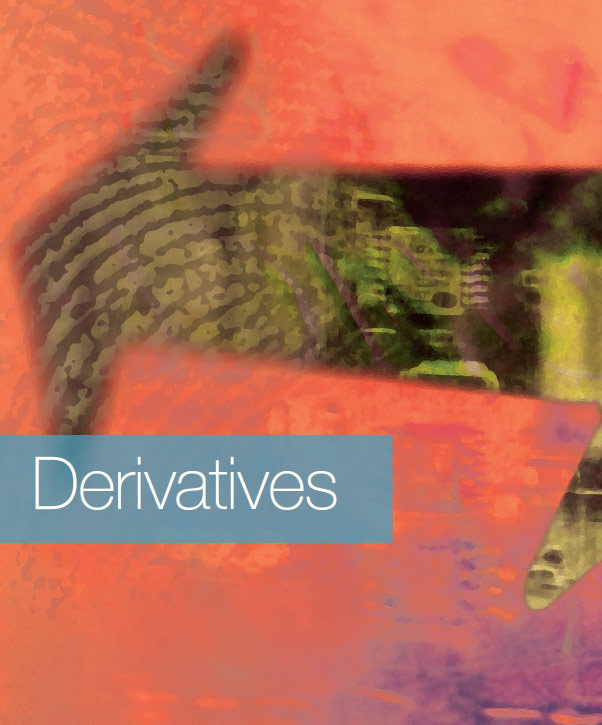 In two years’, time, LIBOR is destined for the history books but it is not that straightforward. Gill Wadsworth reports.

The LIBOR scandal was one of the dirtiest to blight the financial services industry in recent memory. Manipulation of the sector’s ‘most important number’ saw bankers from some of the most well-known and respected institutions including – Deutsche Bank, Barclays, UBS, Rabobank, HSBC, Bank of America, Citigroup, JP Morgan Chase, the Bank of Tokyo Mitsubishi, Credit Suisse, Lloyds, WestLB, and the Royal Bank of Scotland – caught up in messy court cases in which some of the protagonists faced jail time.

The London Inter Bank Offered Rate (LIBOR) is now for the chop itself. No longer seen as a reliable universal borrowing rate, LIBOR is to be ditched in 2021. This all seems quite reasonable in practise since already low levels of trust in the financial system could not take a repeat of the 2012 debacle. However, transitioning out of LIBOR looks far from easy, which has serious implications for all traders, but most noticeably for those working in derivatives.

Joshua Roberts, associate director at financial risk adviser JCRA, describes the discontinuation of LIBOR as a “bigger risk to the industry than Brexit”. He adds, “replacing LIBOR is going to impact many different but interlinking areas [of financial services]. What may prove an optimal alternative to LIBOR for one derivatives trader, won’t be for others.”

It is a challenge that those working in derivatives need to tackle fast, but the problem lies in finding an alternative. The immediate response from some asset managers has been to move portfolios across to Sterling Overnight Interbank Average (SONIA) rate-based swaps; a decision Megan Butler, executive director of supervision at the Financial Conduct Authority, describes as a ‘smart play’.

Butler told assembled asset managers attending an Investment Association conference in February this year that it was “essential firms plan for a future in the absence of LIBOR”, and revealed that cash transactions supporting the calculation of SONIA average £50bn a day. This compares to the respective £187m and £87m that feed into the calculations of three and six-month sterling LIBOR a day.

Butler said “large floating rate bond issuers referencing SONIA, rather than LIBOR, have become commonplace,” adding that in the first two months of 2019 alone, there were 15 issues from banks, sovereigns, and supranationals totalling £8.7bn.

However, Roberts is unconvinced that SONIA, as yet, is a viable replacement for LIBOR. “Contracts made in the future can reference SONIA, but it is much harder to do that for existing contracts. SONIA’s derivative market is underdeveloped compared to LIBOR and it is published only as an overnight rate, rather than for a range of borrowing periods,” Roberts says.

He adds that SONIA rates are determined in arrears, a characteristic not well suited to a corporate treasurer who is trying to plan cash flows for the next quarter.

While these issues will likely be rectified as the market for overnight derivatives expands, Roberts believes the transition from LIBOR to any new rate will be troublesome. “In the case of swaps, the two parties will have to agree the new rate, but how will they decide how to compensate each other? Any decisions counterparties make will affect the whole market and there is a huge danger of the market becoming fractured,” he says.

Carl Carrie, head of product management for analytics at Refinitiv, agrees the shift away from LIBOR is difficult for derivatives traders, particularly those managing interest rate risk. “Interest rate traders are in the middle of the storm right now as they deal with reference rate reform, which is very vexing. They are adjusting for the cocktail of risks when moving to the overnight rate including value transfer and credit differences,” he adds.

Despite the complexities of transitioning away from LIBOR – and the obvious implications for derivatives – Roberts says regulators expect the market to come up with the solution.

Alongside the issue of LIBOR, derivatives traders must contend with the impact of what Max Verheijen, director, Financial Markets at Cardano, calls a “tsunami of regulation”, exacerbated by the uncertainties of Britain’s potential exit from the European Union.

“We are based in the Netherlands, but we have clients and counterparties in the UK. We operate under EU law, specifically MiFID II, and if the UK leaves the EU that causes some issues for us,” Verheijen says.

Like many asset managers operating across the EU, a large proportion of Cardano’s trades are conducted with banks based in the City of London. This has meant a hurried and major rewrite of agreements between Cardano and its trading counterparts, based on the assumption that the UK would depart the EU on March 29, 2019.

Verheijen says that in February the Dutch government extended an exemption to UK investment firms from requiring a Dutch license in the case of a no deal Brexit, which he describes as ‘helpful’. However, the reprieve is temporary and will expire in January 2021.

The incompatibility of MiFID with the emancipation of the EU from the UK also extends to reporting obligations.

Verheijen says Cardano trades exclusively with systematic internalisers, partly because they take on most of the reporting burden. However, should the UK leave the EU, Cardano’s London-based SI counterparties may no longer meet MiFID II’s regulations.

“If Brexit happens, UK banks might not qualify as SIs so we will have the burden of reporting trades. Most of the asset managers are not set up to do that,” he says.

Brexit aside, the MiFID II reporting requirements are proving a notable bugbear for European asset managers.

Verheijen says that 18 months on and MiFID II is “no walk in the park”, adding he has become frustrated with the reporting demands. “The detail from the reporting that is coming to market is not information; you don’t see charges or the depth of market. In short [reporting] did not add to liquidity or depth and [I’m] not convinced it makes markets more transparent,” he says. 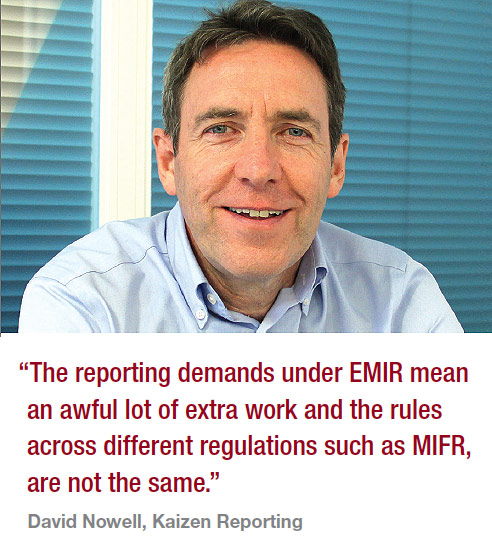 Derivatives players are not restricted to reporting under MiFID II alone. The European Market Infrastructure Regulation (EMIR) demands all derivatives trades are reported; no mean feat for some players dealing with significant trading volumes. “The reporting demands under EMIR mean an awful lot of extra work and the rules across different regulations such as MiFIR, are not the same,” says David Nowell, senior regulatory reporting specialist at Kaizen Reporting, who adds that while he welcomes the European regulator’s desire to eradicate market abuse, the regulations can prove too onerous and may become even more so if the UK follows its own rules post-Brexit.

The formidable wall of regulation is certainly challenging to climb, yet there are positives in the derivatives space. Carrie says there is some “serious innovation” in the world of crypto derivatives and this will advance rapidly as the “financialization of the crypto markets” continues.

Moreover, despite wading through the reporting demands, Verheijen says liquidity is good in the swaps world and he is positive for the next 12 months. “The regulations have not killed the liquidity, and although derivatives are often referred to as weapons of mass destruction, if you use them in the right way, they are useful in transferring risk,” he adds.

Those in the derivatives world grudgingly accept their regulatory lot; the need to restore reputations must supersede the reporting headache. Yet should the UK end up pursuing a hard Brexit and the LIBOR transition is not resolved, the complications and confusions may make the legislative regime too much to bear.