Deutsche Börse announced a consultation proposing a series of reforms to revise the membership rules and improve the quality of companies being listed on the DAX. The number on the blue-chip index would be increased to 40 from 30 while the MDAX mid-cap index would shrink to 50 members from 60.

The proposal follows the Wirecard accounting scandal this year that rocked the German markets. The fintech, which was a constituent on the DAX, filed for insolvency after revealing that €1.9 bn in cash on its balance sheet had gone missing and probably did not exist. The CEO Markus Braun resigned as CEO and was later arrested on suspicion of accounting fraud and market manipulation. 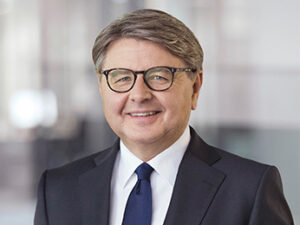 Under the reforms, companies who want to qualify for entry on the DAX, may have to prove their profitability, as well as file quarterly reports and audited annual reports in due time. Non-compliance could be sanctioned with removal from the indexes, the company said.

In addition, companies with revenues of more than 10% from controversial weapons could be excluded from the indexes under the new criteria.

The German stock exchange operator also wants to align the indexes with international standards which means member companies would be obliged to list on the regulated market of the Frankfurt Stock Exchange, and regular reviews would be held every six months rather than annually. It said this would allow quicker changes to the capital market landscape.

A minimum liquidity requirement may also be introduced.

“It is no secret that I personally would welcome the expansion of the DAX 30 to a DAX 40,” Deutsche Börse chief  executive Theodor Weimer said in a statement.

He added, “In 1988, when the Dax was founded, Germany had relatively few big listed companies. Back then, having 30 constituents was rather ambitious,” he said. Today, 50 Dax members could be justified, he added.

The DAX is currently one of the of the smallest blue-chip indices in Europe, compared with 40 in Italy and France and 100 in the UK.

Investors now have until Nov. 4 to respond to the proposal. Deutsche Boerse said it would publish the results of the consultation and any decision on changes to the index rules, by Nov. 23.

Over 7500 financial service jobs have left UK for EU

As the countdown to Brexit continues, more than 7,500 finance jobs have already left Britain fo ...

Although lockdown is easing, a return to normal working conditions may not happen in the short ...

FINDING THE ESG COMMON GROUND. Lynn Strongin Dodds explores the difficulties in analysing and i ...

THE KNIVES ARE SHARPENED. As the UK political parties swing into campaign mode, the Europeans a ...