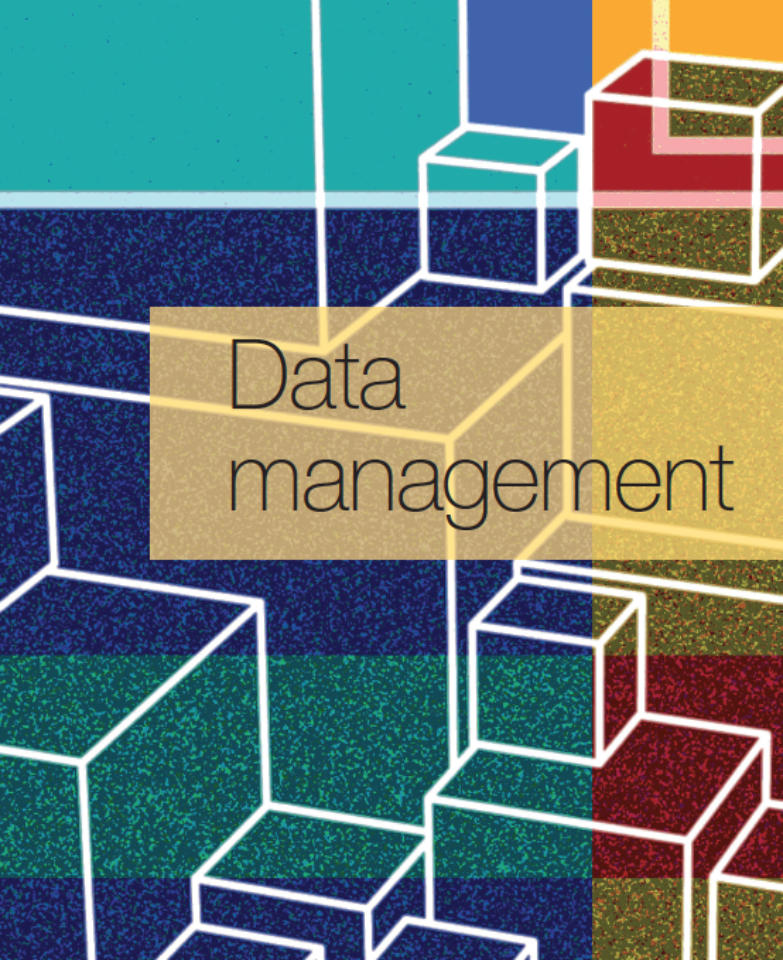 Data management may be critical but many financial service firms
are still lagging behind in developing the right strategy.
Heather McKenzie reports.

A word often uttered in data management discussions is foundation. Capital markets firms realise that data should be the bedrock of any process but the adage, rubbish in, rubbish out, still applies. A variety of factors is driving this renewed focus on data, one of which is technology advances such as artificial intelligence (AI). For firms to take advantage of such data hungry technologies, they must first get their data house in order.

Data management in many financial institutions is characterised by workarounds and manual solutions. Firms are running legacy information systems that can be more than 30 years old. Many were custom built – in the days of build, rather than buy) – and have been patched and upgraded multiple times over the years. Weaving new technologies such as AI, big data and machine learning into these existing systems to seamlessly exchange structured and unstructured data between internal and external systems is a considerable challenge.

Traditionally, data and its management were viewed as a cost centre; a necessary evil that provided limited value. Buyside firms in general surrendered responsibility in this area to their sell side suppliers, although that is changing. Marion Leslie, managing director of Thomson Reuters Financial and Risk Enterprise, said in a recent interview that buyside firms must change their whole approach to data, taking greater accountability for their data and becoming more self-sufficient.

Firms must set up data management and data governance processes, she added, ensuring they have access to data and can integrate it and gain value from it. To get the most out of AI and other technologies, data needs to be packaged and structured appropriately. 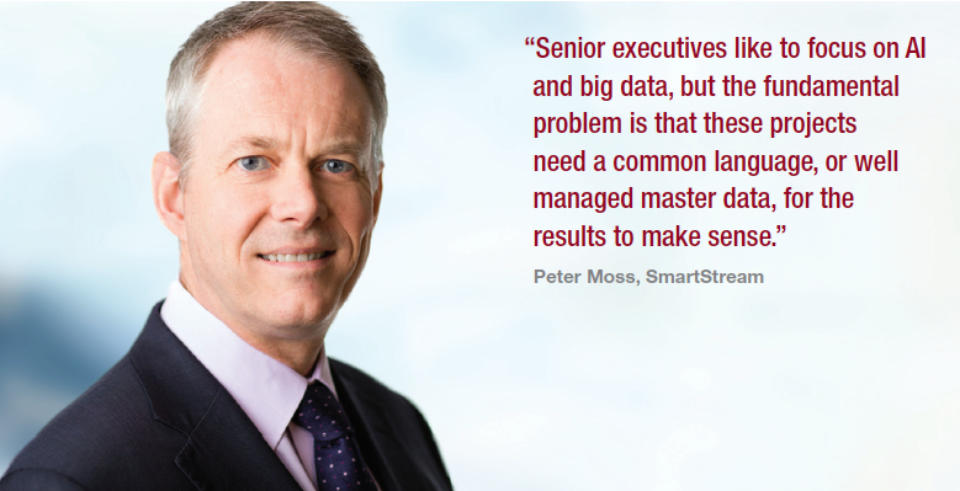 One of the biggest challenges with data management is that there are still organisations who know that data is important but have not assigned clear ownership for it, according to Peter Moss, CEO of SmartStream RDU. “They know that they need a strong finance, technology and operations function but have not realised that this is now the case with data as well. There needs be strong co-ordination across the organisation – although the data ownership will often be federated”.

He adds that currently best-in-class companies are leading the way, followed by many who are still working through their data management issues. “Then, there is also a long tail that is not coming to grips with it,” says Moss. “Senior executives like to focus on AI and big data, but the fundamental problem is that these projects need a common language, or well managed master data, for the results to make sense.”

Patrick Kirchner, a Boston-based director at consultancy Citisoft, says a majority of the firm’s customers, particularly large ones, are interested in AI. However, he believes most firms are trying to “put the cart before the horse”. Many, he adds, will struggle with data and how to consume it. “It’s a cliché to say big data is a big priority, but firms still have to develop a strategy of how and where they want to use big data.”

This is no mean feat, either. One Citisoft client spent almost three years putting 20 years of historical data, which had remained unmanaged and unreconciled, into order so that it could be consumable “at the lowest level”.

Virginie O’Shea, research director at Aite Group, says the biggest issue with firms’ data is that it is heterogenous and hence is stored in many different systems and different formats. “The quality of the data in aggregate is therefore often questionable because dummy fields may have been created for various purposes and there is no common taxonomy to be able to ensure the correct information is being consumed in the correct manner,” she says.

“In order to avoid making trading decisions based on bad data, firms need to take the time and effort to identify the level of data quality across the relevant data sets and implement a rigorous data governance programme across the organisation.”

Data governance comes to the fore

According to the Rimes 2017 Buy-Side Survey, 65% of respondents see data governance as a primary data management priority (compared with 62% in 2016). It relegated data quality improvement into second place in the list of priorities, with cost control taking third place.

When asked about the key benefits of a data governance programme, 80% – the same as the previous year – stated data quality. This was followed by efficiency (68%), costs (40%) and regulatory compliance (34%). “These figures show that good data governance is an enabler of many strategic goals, including better data quality, higher efficiency, lower costs and easier regulatory compliance,” says the report.

“As we saw last year, data governance success does not come easily, with only 9% of respondents confident enough to claim they had a mature data governance programme. Feedback from our forums shows that good data governance requires perseverance – firms periodically outgrow their governance processes and need to renew these to meet emerging challenges.” 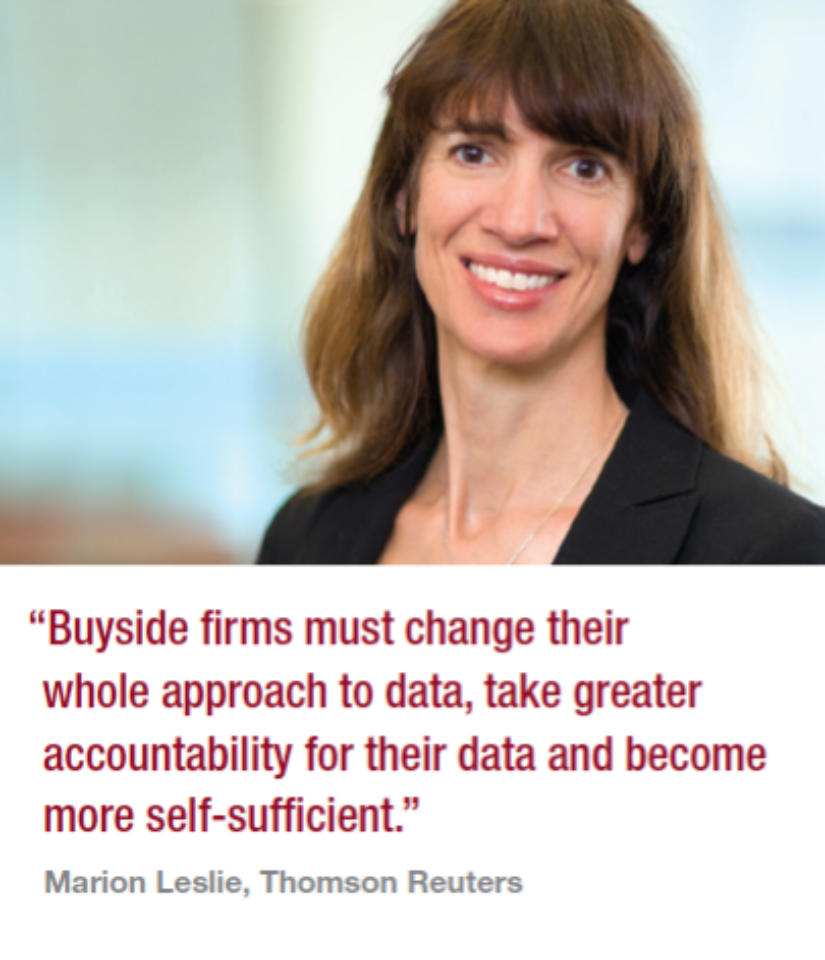 More than half of the respondents (59%) reported that data management teams led data governance efforts or attempted to implement best practice, but only during strategic projects or on an ad-hoc basis.

“Good data governance fulfils many business goals, particularly as regulations demand greater transparency. However, many firms are struggling to track which data is coming into the firm, how it is transformed, and where it is ultimately used. This is a critical data governance issue that demonstrates the ongoing nature of the challenge. Firms must do more than implement good data governance – they must maintain it,” says the report.

O’Shea notes that basic data management and governance should be the groundwork for any kind of innovation or transformation project. “Making sure that outputs are based on solid and accurate inputs is key to ensuring success. The reason so many projects fail is that C-suites try to rush the early and important stages (as well as ignoring the cultural aspects of change). If a firm really wants to transform the way it does business and adopts technology, it needs to make data a C-level function and not just in a token or purely nominal way,” she says.

The reality of AI

Kirchner does not believe buyside firms will adopt AI significantly over the next few years because the foundational data “is still not ready for it”. Firms must ensure they have a “hard core” data strategy first, with a plan on how they will use and consume data.

O’Shea agrees: “AI could potentially help firms in the long run, but the technology is only as good as the data that is fed into it. I can see some aspects of data reconciliation that could be aided by machine learning, so that common mistakes are corrected, and fuzzy matches become much more accurate. But it is still relatively early days for the technology in the capital markets space.”

The challenge with automating a process, she adds, is that it needs to be a fully-formed process and a very mature practice within the organisation. “Just look at the industrialisation of securities settlement for proof. Data is the foundation of every part of the capital markets, yet it has not been given enough attention over the years.”

Kirchner also does not see AI systems eventually taking over and replacing portfolio managers. Rather, he says, they will be used as a tool to undertake repetitive tasks more efficiently, while portfolio managers focus on finding new sources of alpha.