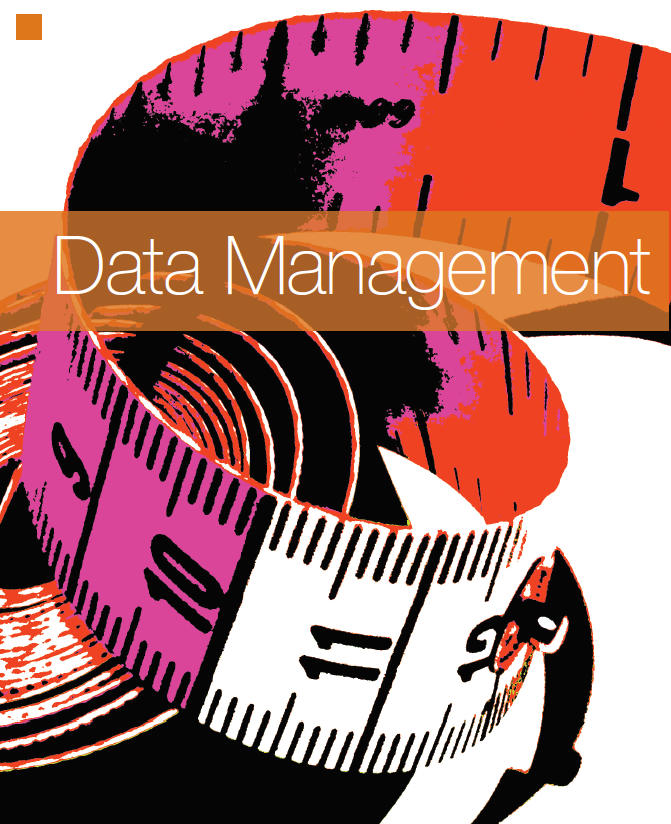 Heather McKenzie assesses the market data landscape and the persistent bumps along the road.

For nearly a decade, European regulators and securities industry participants have grappled with the thorny issue of the cost of market data. They are still forging their own path although it is diverging from their US counterparts.

While reviewing MiFID in 2010, the European Commission indicated that the prices for trading data in the region were too high, particularly when compared to the US. The regulation, which was implemented in 2007, had contained a clause that market data should be offered on a “reasonable commercial basis”. At the time of the review, banks and buyside firms called for market data prices to be fixed, while trading venues argued that their pricing schemes were fair.

In July, the European Securities and Markets Authority (ESMA) issued a comment paper, MiFID II/MiFIR review report on the development in prices for pre- and post-trade data and on the consolidated tape for equity instruments. It invited users of market data and trading venues and other market participants including trade associations and industry bodies, institutional and retail investors to respond.

The paper stated, “Both trading venues and market data users acknowledge that, in an environment driven by technological development, the demand for market data and its value is increasing. This is for instance reflected in a shift in the consumption from display to non-display data. Furthermore, MiFID I and II resulted in increased competition in equity markets and in a wider choice of execution venues.”

It added, “Since market data can address the adverse effects of a more fragmented trading environment, demand for market data increased. Both groups also concur that market data vendors play an important role in the value chain of market data and that the discussion on the price of market data should include the assessment of the role of data vendors.” 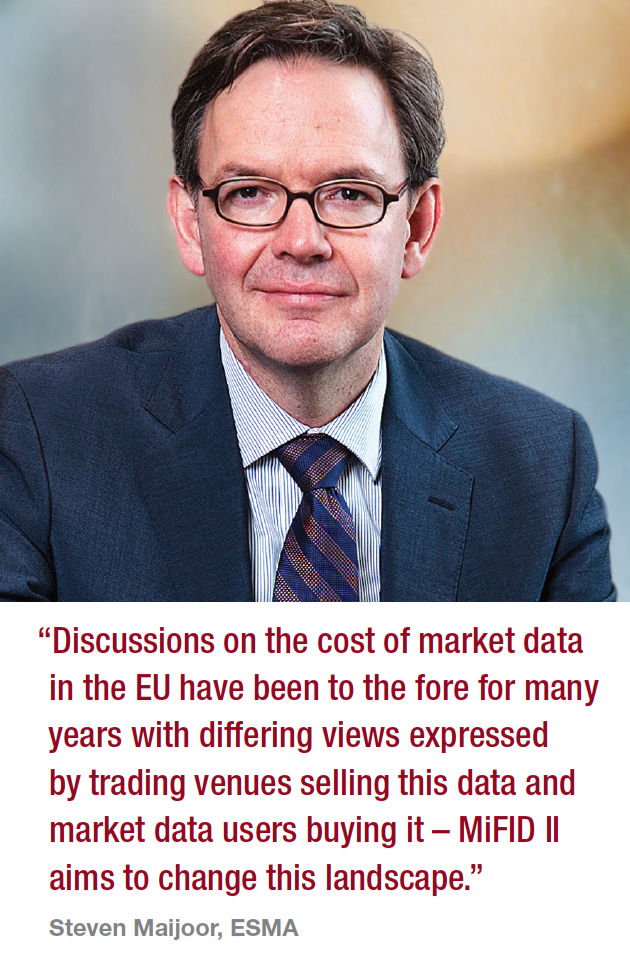 Opinions diverged about the cost of market data, however. ESMA cites two studies, one by Copenhagen Economics and released in November 2018 and the other by Oxera from March 2019. The Copenhagen report, commissioned by the associations of security dealers in Denmark and Sweden, stated that trading venues have a monopoly on the market data generated on their trading platform.

“This provides the major trading venues with extensive market power in selling their market data,” according to the report. “Consequently, without effective regulation in place, there is a risk that trading venues will exploit the situation and charge market data fees significantly above the costs of producing such market data.”

Despite the original provisions in MiFID and subsequent review to ensure reasonable pricing of market data, this had “yet to be transposed into workable, effective mechanisms”, stated the Copenhagen report.

The Oxera report, The design of equity trading markets in Europe, was prepared for the Federation of European Securities Exchanges (FESE). Unsurprisingly, it has a different take on market data pricing. “Market data is the outcome of a dynamic price formation process and is a joint product with trade execution… it is not possible to generate one without the other, and most activities undertaken by a stock exchange deliver both trading and price formation. The economics literature suggests that, in the case of joint products, it is efficient to generate revenues through fees from both products.”

The share of revenues coming from market data services ranges between around 20% and 50% of joint (trade execution and data) revenues across exchanges, argues the report, and has been “relatively stable” over time; on average 31% in 2018, unchanged from 2017 and compared to 32% in 2016 and 30% in 2015. Aggregate market data revenues (of stock exchanges that are members of FESE) amounted to about Ä245 million in 2018 and increased in recent years by around only 1% per year in real terms.

Steven Maijoor, ESMA chair, said on the release of the comment paper, “Discussions on the cost of market data in the EU have been to the fore for many years with differing views expressed by trading venues selling this data and market data users buying it – MiFID II aims to change this landscape.” The new consultation would form an important part of the reviews of MiFID II.

In the US, says John Ramsay, chief market policy officer at IEX Group, an equity trading venue owned by buyside investors, the Securities and Exchange Commission (SEC) has helped to “reframe the debate” over the past year by insisting that exchanges “fully justify fee increases, rejecting fee hikes that aren’t fully justified, and refusing to take at face value the premise that exchange data fees are constrained by competition.

My sense is the SEC understands the burdens many participants face in needing to pay for fast data directly from exchanges to meet best execution responsibilities and stay competitive,” he adds. “It is clear that regulators in Europe are increasingly focused on the issue.”

ESMA’s public consultation is welcome because at present there is no real constraint on what a monopoly provider of data can charge, says Peter Moss, chief executive of SmartStream Reference Data Utility. “If you own a trading venue and you have data available, no one can compete, you have a monopoly and therefore there are no constraints on what you can charge. As a result exchanges and trading venues are charging more and more to access their data.”

In such a monopoly situation, the most effective constraint is a regulatory one, he adds. “Already in the US, regulators have ordered a reduction in the prices that are being proposed by one or two of the exchanges. Similar action by ESMA would be helpful.”

The ESMA paper is also consulting on the establishment of a consolidated tape in the EU, a topic that has been discussed for many years. Maijoor said “it is time to decide if and how we want to go ahead with this ambitious project and ESMA is ready to provide support to the co-legislators on the right way forward”.

Moss says it is very difficult to get a complete consolidated trade history for the European market. “Technically, it is doable and any of the major vendors could do this, but commercially it is prohibitive. For real-time data, the cost of acquiring all of the trade history from the various sources means that any commercially developed consolidated tape would be more expensive than firms are prepared to pay. Regulator intervention is required to remove the commercial barrier.”

Riccardo Lamanna, head of Global Exchange EMEA, at State Street, says the investment management space is in the early days of big data relative to other areas of financial services and other industries. “There are also a lot of companies in the industry struggling to manage the data they have. Firms are now processing and generating data for analytics, regulatory reporting, client reporting and research purposes.”

This is happening while regulators globally are requesting more data through regulations such as MiFID II, Solvency II, EMIR, etc. Regulators are also “setting a higher bar” with respect to the quality and governance of the data that is sent to them. “Financial institutions must not only apply new data and analytic techniques to the search for alpha, but they also must do so with respect to regulatory compliance,” he says. “No firm wants to be in a position where the regulators uncover malfeasance from their data when they themselves did not.”

While the cost of data is increasing year on year, Moss argues that the biggest problem for the market is a lack of standards, the disparity of data models used and the fact that every firm that charges for data has different commercial models and different constraints. “This results in a significant hidden cost to consume and manage the data, the associated entitlements and the usage rights. This applies across trading venues, exchanges, vendors and data processors.”

From a regulatory perspective, the European approach is to try to solve this problem for regulatory reporting by defining the standards and data formats down to a microscopic level with clearly defined rules. At the other extreme the US takes a much more hands off approach, for example, in Dodd Frank, regulators did not define the format for collecting OTC derivatives data, they just stated it needed to be published. “The best approach probably lies somewhere in between,” says Moss.