THE NEED FOR SPEED. 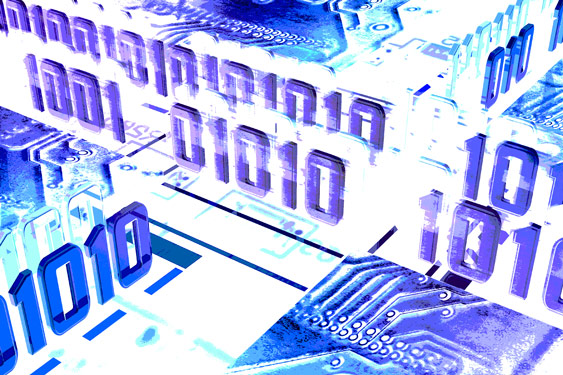 In the world of data management it is not often that IT hardware is in the spotlight; the glory is usually grabbed by software-based applications. However field-programmable gate array (FPGA) technology is fast gaining attention in financial services.

FPGA is an integrated circuit designed to be configured by a user or a designer after manufacturing. The circuits can undertake complex digital computations rapidly. The technology has been deployed in diverse industries including aerospace, medical electronics, wireless communications and Bitcoin mining. In financial services, many high frequency trading (HFT) firms are adopting the technology as they seek to lower latency as much as possible.

FPGA is good at processing streams of data quickly and deterministically – meaning users can accurately predict how long a process will take. The technology delivers parallel and concurrent resources so that users can deploy it, for example, for five or 500 tasks and the latency will be the same. Platforms are designed with FPGA hardware to accelerate the flow of market data into trading algorithms.

The popularity of FPGA technology among HFT firms has not gone unnoticed. When it comes to market data management, data providers recognise they have to revamp their products in order to meet the need for speed and other requirements, and one route towards that is FPGA technology. HFT firms have bought the technology directly from hardware manufacturers and programmed it themselves – a complex task but worth it for firms whose strategy is based on low latency.

Exchanges have also embraced the technology with the London Stock Exchange Group’s Sri Lanka-based MillenniumIT technology business employing FPGA in its new Ticker Plant development. The initiative will be introduced in two phases and will replace all of LSE’s existing real-time data products with a bespoke, multi-asset, binary protocol service. All real-time market data for each of the Group’s markets (LSE, Borsa Italiana, Turquoise and MTS) will be delivered via the single, bespoke, binary protocol. Market data product management, processing, enrichment and normalisation will be completed by tailored technologies such as FPGA processing. In doing so, the LSEG is moving away from its traditional software process management to a hardware base.

Many of the companies developing FPGA hardware are quite modest operations, unlike the large multinationals that tend to dominate the financial services technology market. Sydney-based Metamako, for example, has developed what it claims is a world first in MetaConnect, a packet-aware physical layer switch. It combines speeds of four nanoseconds with an awareness of the messages going through it to improve network management and reporting through comprehensive packet statistics and time stamping. It can broadcast data from one to many recipients without adding additional latency or compromising signal quality.

Such is the arms race for speed in equities and futures trading, says the company, that it is launching significantly advanced technology and providing clients with a competitive “next-step” in terms of latency, functionality and flexibility. The device will enable the company to develop products for the application layer of the technology stack. 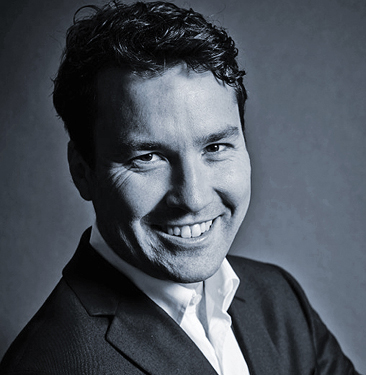 Founder and co-CTO Dave Snowdon (left) says the recent development of high-level languages for FPGAs is opening up the technology to ‘mere mortals’ in addition to hardware developers. As a result, he believes the market for this technology will extend out from market data and pre-trade risk into entire trading strategies. “High performance proprietary traders have been using FPGA technology in their in-house developments for some time. A few years ago Exergy developed a market data feed handler that became quite popular, so the technology is becoming more mainstream,” he says. 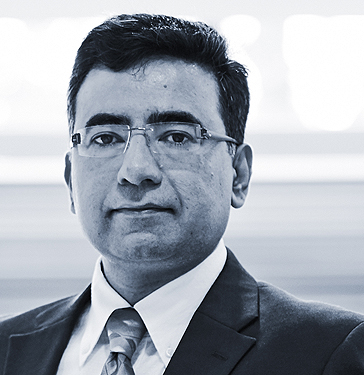 Another minnow in the technology world is London-based NanoSpeed, which develops FPGA devices for risk management and order entry gateways. Like Snowdon, Sanjay Shah (right), chief technology officer at the company, believes FPGA will make its way into many different applications and technologies. From January 2015, he says, Microsoft will deploy FPGA technology to its search engines in order to accelerate searches. In market data distribution, FPGA is ideal as it enables users to rapidly normalise or filter data.

The more familiar names in the financial services world are tapping into the advances being made by the FPGA manufacturers. In August, Thomson Reuters announced the launch of its new direct feed service, Elektron Direct Feed. The product has been designed for users for whom speed and agility are key components of their trading strategies as they seek out the best prices for their clients, says Thomson Reuters. The service uses FPGA technology from Celoxica, which began as a technology spin-off from Oxford University in 1996.

Celoxica provides hardware accelerated market data feed handlers for the main equity, options, futures, fixed income and FX markets in the US and Europe. The feed handlers enable a trading firm to consume market data from one or multiple exchanges and asset classes either as an embedded solution, which delivers market data directly to a single server, or a distributed solution, which delivers a multicast data stream to applications on multiple servers.

Brennan Carley, global head of transactions and platforms businesses at Thomson Reuters says the Elektron product doesn’t cater specifically for HFT proprietary traders – they tend to build their own systems – but is aimed at firms with a focus on best execution. The product is suitable for firms that have algorithmic execution strategies using volume-weighted average price (VWAP) and want to execute with minimal market impact and reduced slippage, firms with smart order routers that are seeking best price in many venues, and firms running matching engines. “None of this creates alpha, but it does improve execution quality,” he says. “These firms need timely market data and to receive and process market data very quickly. They are not profiting from low latency, but they will suffer poor execution if they do nothave good latency.”

FPGA also enables firms to reduce costs – whereas it is typical for some firms to have hundreds of servers processing market data, FPGA technology will enable these firms to reduce their footprint considerably: ten markets could be handled on one server.

Among the users of FPGA technology is Quincy Data, a microwave distributor of low latency market data, based in the US. The Quincy Extreme Data service offers an integrated and normalised feed of select market data sourced from multiple financial exchanges in the US and Europe and is offered in exchange co-location centres in the US, the UK and Germany. The company recently upgraded its data service with FPGA technology from NovaSparks, a Paris-based company. Stephane Tyc, co-founder of Quincy Data, said the NovaSparks technology brings speed along with a rich set of features and functionalities that are typically found only in software-based feed handlers.

NanoSpeed’s Shah believes more widespread deployment of FPGA technology will help to reduce the frequency of ‘flash crashes’ in markets. “Since FPGA is deterministic, if applications are designed in the right way, there will be no lockouts as experienced with software operating systems.”