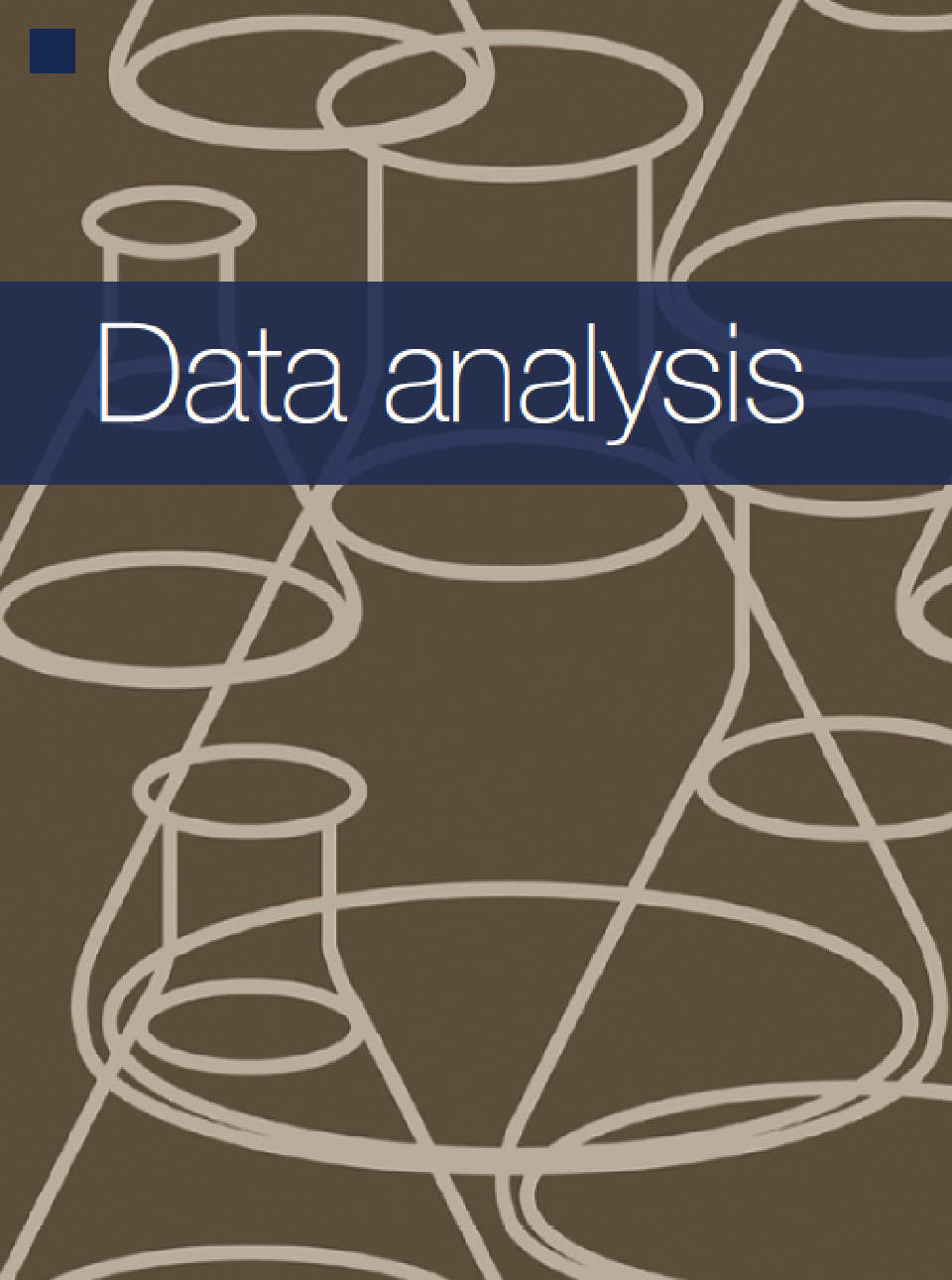 The measures covered below are used as a reference by exchanges and brokers, as well as buyside firms reflecting answers to relevant questions being posed in the post MiFID II era. The methodology is fully transparent and applied to tick data captured from all major venues and APAs.

The trading community has seen the landscape evolve throughout 2018 as the impact of regulatory change continues to take effect. Many observers have been surprised that some behaviours have grown but not at the rate expected. These include volumes reported by Systematic Internalisers (SIs) and Periodic Auctions, despite several venues introducing the functionality.

Conversely, closing auction volume has continued to be the area of greatest share growth – this may be linked to specific index events but appears to be a growing trend nonetheless.

There has been some frustration amongst the community that opacity remains as a result of lack of granularity of certain order types. Trades reported OTC and Off Exchange would benefit from additional flags to differentiate between addressable and non-addressable volume.

The following analysis aims to provide some evidence for these observations and possibly pinpoint areas to watch for future developments.

With the implementation of DVC (Double Volume Caps) in March 2018, the total volumes traded in dark pools dropped by approximately 50% (from 4bn EUR to 2bn EUR) while LIS trades (Large-In-Scale) have seen further growth (to more than 50% of traded value on dark pools). This trend has remained stable during Q2 and Q3.

With additional stocks being suspended from dark trading during Q3, the trends observed during the first half of 2018 strengthened or accelerated in the various regions. Scandinavian stocks traded close to 100% as LIS, e.g. DK25 stocks traded with 94% as LIS on dark pools. Major markets were also affected by this trend, e.g. LIS volumes for UK100 members increased by another 5% from 79% in Q2 to 84% in Q3. 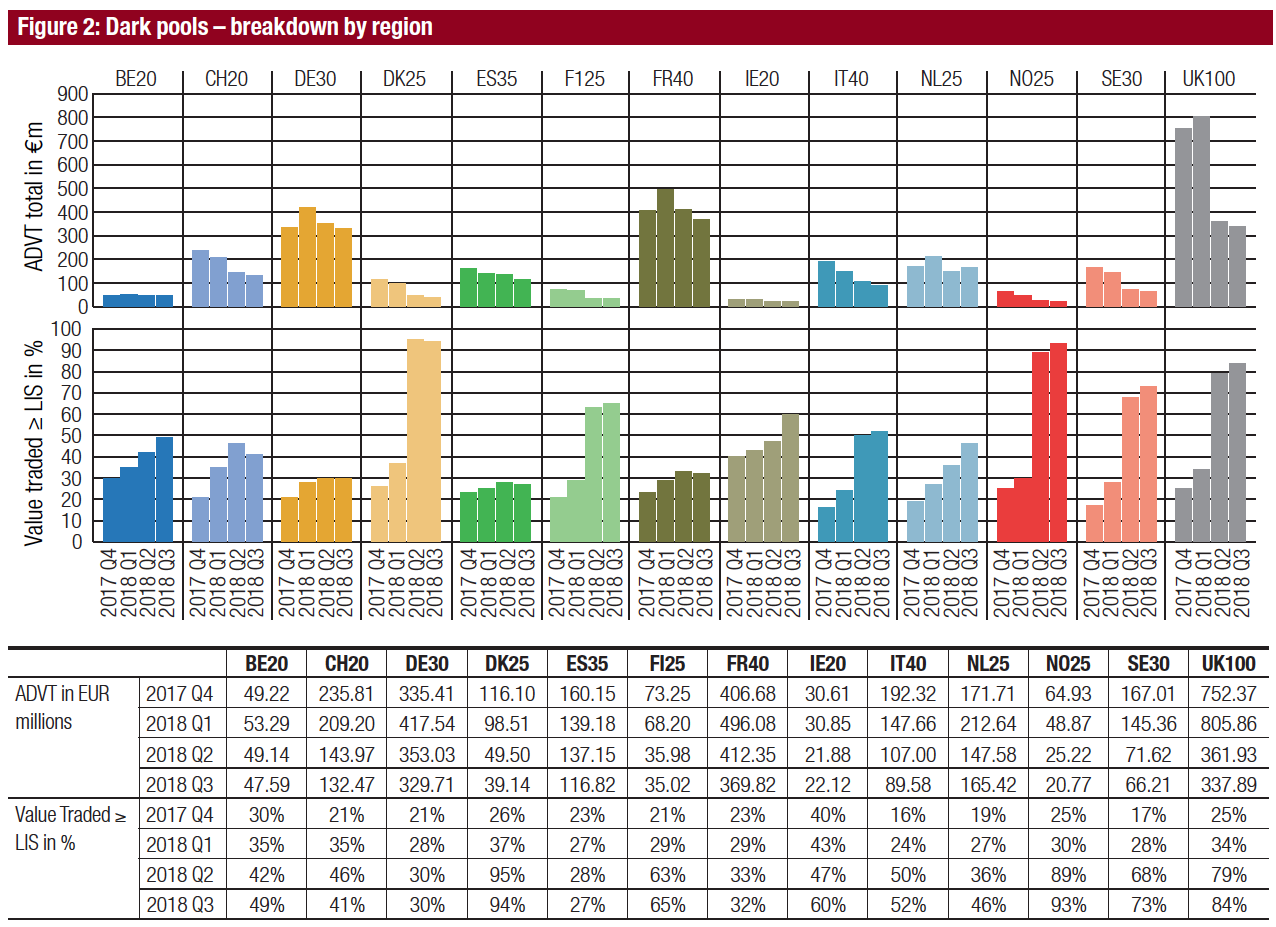 Even though LIS trading compensated for some of the suspended sub-LIS flow, the market share of dark pools grew only slightly to approximately 6% in Q3 from 5.3% in Q2

Periodic Auctions remained strong in Q3 2018 with an average daily value traded (ADVT) of approximately 1bn EUR. Several venues have launched new auction mechanisms and it will be interesting to see the impact on total volumes and on market share in the coming months. 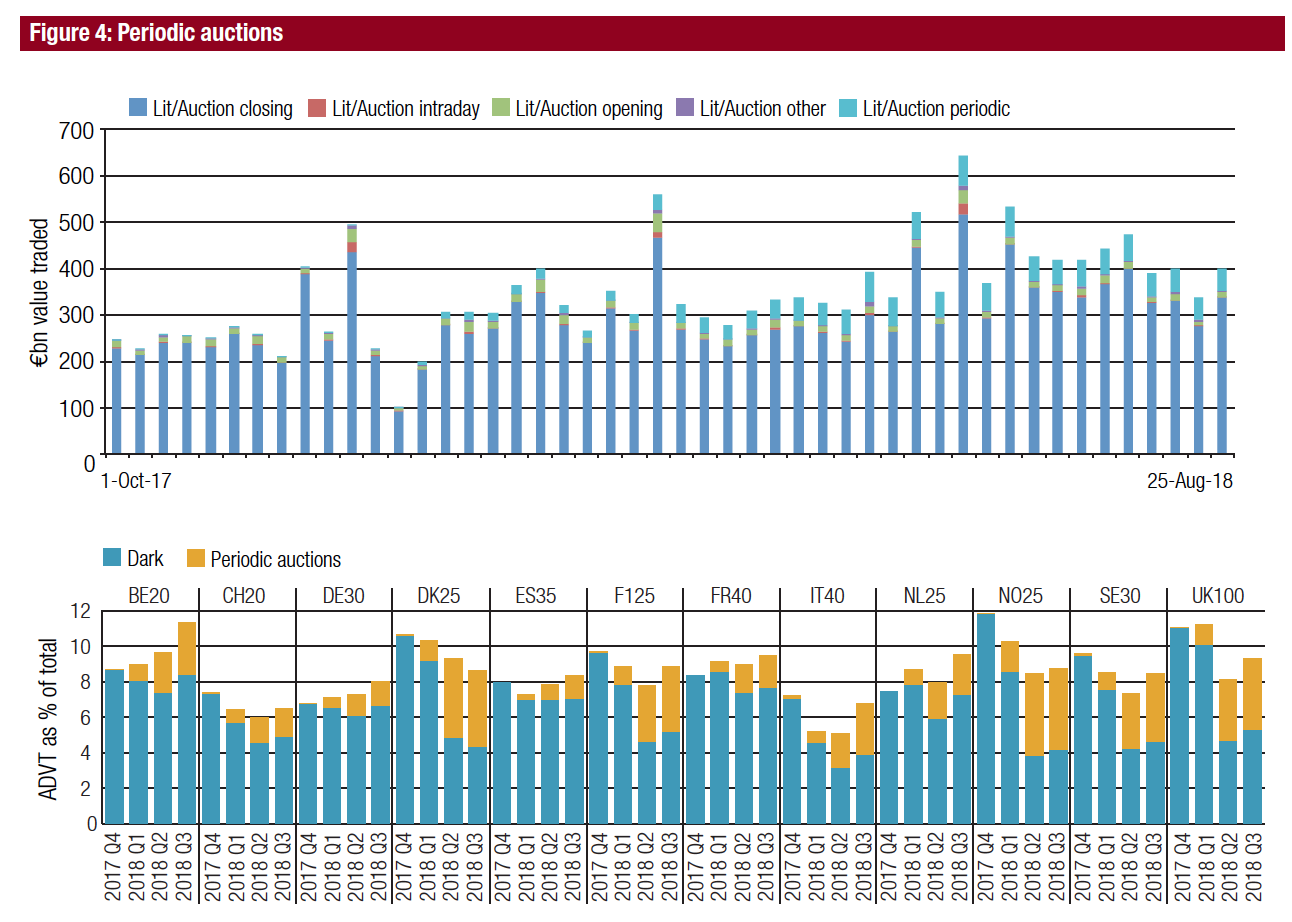 In Q3 traded volumes remained stable for SIs based on ADVT. The adjusted numbers are calculated by excluding several condition codes (e.g. Non Price Forming Trade or Give-Up/Give-In Trade) reducing the SI volumes by approximately 50%. The real price-forming value is expected to be even lower and will become clear as more granular reporting flags are introduced. 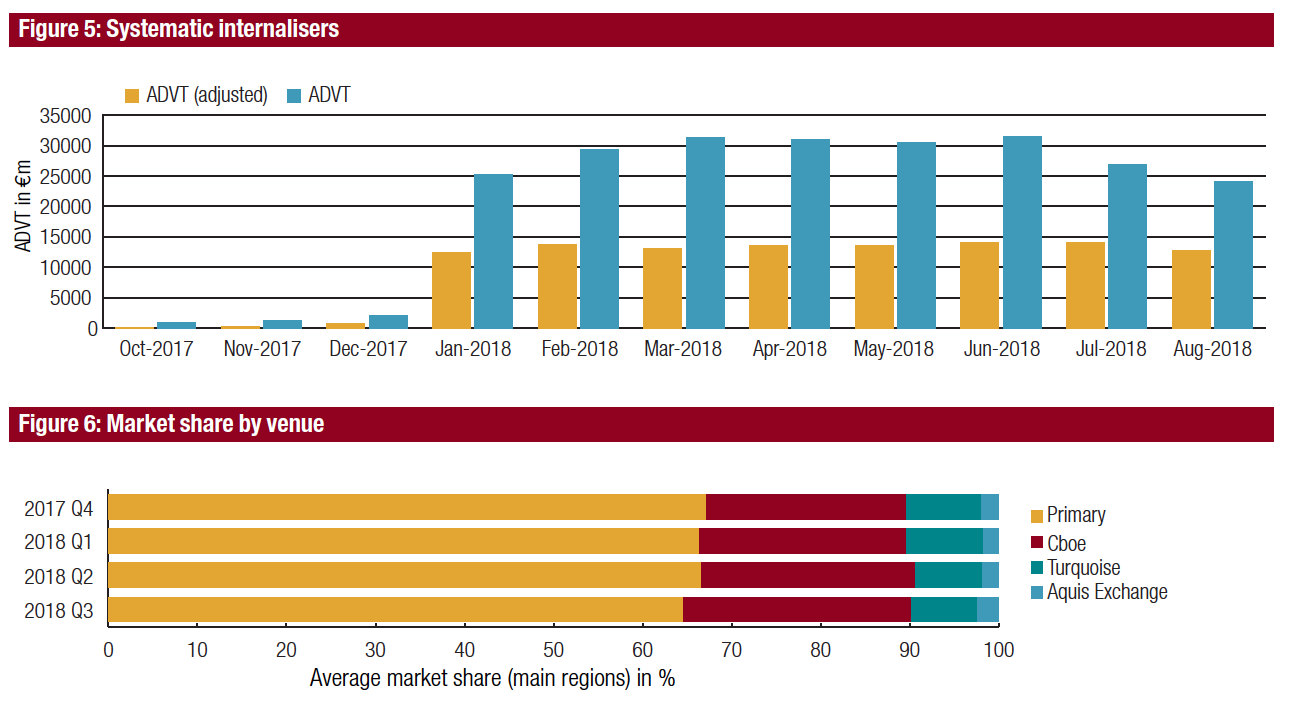 Footnote: When referring to dark trading in this study, we refer to trades taking place on MTFs above Large In Scale (LIS), on Systematic Internalisers, on periodic auctions, all of which avoid the need for pre trade transparency.

For the purposes of this study, off-exchange and off-book activity has been excluded as deemed to be inaccessible volume to market participants.