CSRD expected to see the light of day before year end 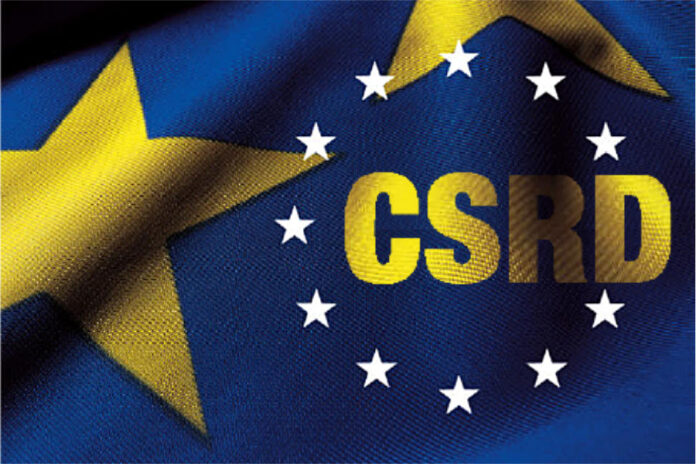 The Corporate Sustainability Reporting Directive (CSRD), is expected to be adopted by the European Union before the end of 2022 and come into force between 2024 and 2028.

Unearthing data has been a major challenge for buy and sell side analysts, but the CSRD aim to overhaul the current sustainability reporting landscape for all multinational companies with significant activities in the EU, including those headquartered outside the EU.

The CSRD, which was first proposed on April 21, 2021, is part of the European Union’s Green Deal and the Sustainable Finance Action Plan.

One of its main objectives is to address the shortcomings in the Non-Financial Reporting Directive (NFRD) which came into effect in 2014. The remit was not only too narrow – it covered just 11,000 of Europe’s largest companies but disclosure was patchy and there was no provision covering disclosures.

Not surprisingly analysts and investors did not have a not have a full picture of a corporate’s environmental, social and governance (ESG) activities or credentials.

In its proposals for the CSRD, the European Commission noted that low-quality sustainability reporting can reverberate, particularly in regard to promoting sustainable investments.

It said that there was an “accountability gap” and that investors needed a clear view of their investment portfolio’s sustainability impacts/ Even those who are not inclined to invest in green companies, they will still need to meet the disclosure requirements of the Sustainable Finance Disclosure Regulation (SFDR).

The Commission also noted, “Reports often omit information that investors and other stakeholders think is important. Reported information can be hard to compare from company to company, and users of the information are often unsure whether they can trust it.”

The result is a directive that has a much wider remit. It covers roughly 50,000 companies including asset managers and owners who will have to report data on the impact of their business operations across social and environmental themes, as well as their exposure to sustainability-related risks.

As the European Commission put it, “Reports often omit information that investors and other stakeholders think is important. Reported information can be hard to compare from company to company, and users of the information are often unsure whether they can trust it.

In a nutshell, large companies – even ones based outside of the EU, will be subject to the new rules if they meet two of the following conditions – €40 million in net turnover, €20 million in assets or 250 or more employees.  In addition, non-EU companies that have a turnover of above €150 million in the EU will also have to comply.

Drilling down, the new rules should be effective by June 2023 and implementation will be staggered. From 1 January 2024, large public-interest companies with over 500 employees will be required to prepare their CSRD-aligned reports to submit in 2025.

Listed small to medium enterprises are also in the CSDR fold but they are given more time to report. They will have until 2027, although they will be allowed to opt-out until 2028, when the rules will then become mandatory.

By contrast, their non listed peers are not included, the European Commission has also proposed developing separate standards that non-listed SMEs could voluntarily use. These standards would be scaled to fit SMEs’ capabilities and would make it easier for SMEs to report information to banks, clients, and investors – helping SMEs play their role in the transition to a sustainable economy.

The data will also have to be submitted in a standardised digital format, which should make it easier for checking and comparison in the European single access point database. It will then be subject to “limited third-party assurance,” meaning that an auditor will need to evaluate the data.

For those companies who have not had to report, there is a great deal of work to be done to get their data houses in order.

Systems and processes will need to be modified on the non-financial information they report and to incorporate a much more granular level of data including specific standards for at least 14 sector groups and 40 sectors.

Companies also have to ensure  the right management teams are in place with the right skillsets to measure and report as well as the experts to issue a third-party seal of approval. If they do not comply the danger is that they are dropped from an asset managers’ portfolios.