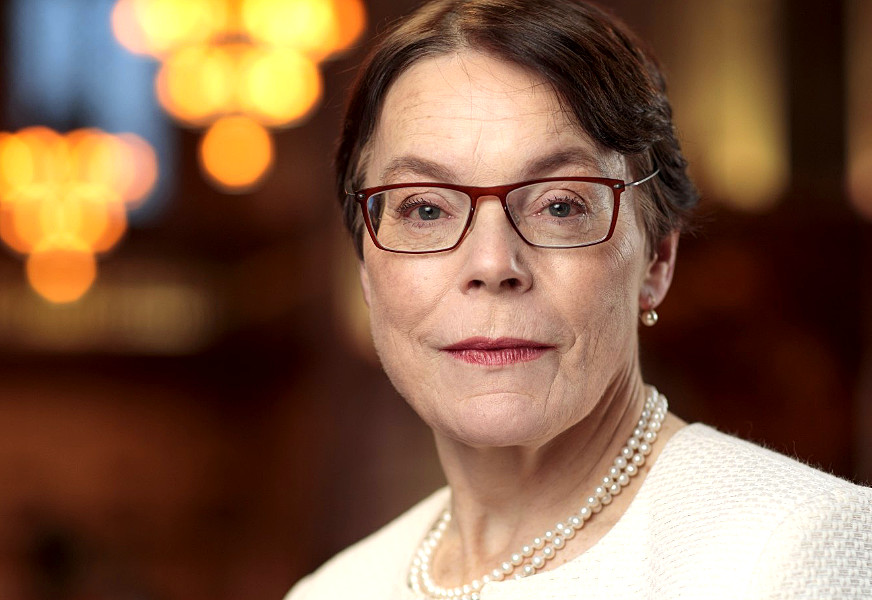 Catherine McGuinness, the City of London Corporation’s chair of the policy and resource committee.

A new report from the City of London Corporation, along with consultants Oliver Wyman and Arup – London Recharged: Our vision for London in 2025, contends that London will need to “reinvent itself” after the pandemic to maintain its position as a leading business and financial district.

The City has been hard hit by lockdown, whereby the majority of its financial and professional services businesses asked staff to stay at home to work. Although offices were beginning to open, the UK government has recently tightened restrictions, encouraging people to continue working remotely.

“London is today facing major challenges,” said Catherine McGuinness, the City of London Corporation’s chair of the policy and resource committee. “Coronavirus, the UK’s exit from the European Union and increasing protectionism across the globe are all threats to the capital’s role as an international business hub.”

The report made several proposals including boosting investment in tech firms to “ensure London’s future as the pre-eminent hub for financial services, professional services, and tech firms the world over”.

It suggests promoting the Financial Conduct Authority’s tech sandboxes, which allow firms to develop software without being subject to usual regulatory scrutiny, while also increasing the use of technology across different industries including legal services.

“Investment in London-based tech firms is on track to reach an all-time high, even while many of London’s small businesses face collapse,” the report said.

The report also outlines ways to encourage initial public offerings in London, such as considering dual-class listings which have been important for founder-led tech groups. The corporation, which governs the Square Mile, wants to conduct a regulatory review of equity listing structures to ensure the UK’s competitiveness relative to other listing locations.

It said the “goal should be to motivate equity listings in London, including within the tech sector where competition is particularly fierce, while maintaining high corporate governance standards.

Also, on the list is streamlining regulatory requirements as there are six watchdogs overseeing tech and financial services companies. It said, “while robust, the landscape is fragmented and leads to inefficiency, higher cost, and exacerbates risks due to poor co-ordination”.

The report also makes the case for visa structures and immigration procedures that make it simpler for skilled workers to come to the UK.

A separate report published last week from the Lords EU subcommittee warned that London is at risk of losing its footing as a global professional services hub if the UK leaves the single market without a deal in January.

It cautioned that Britain’s £225bn professional services industry has been ignored by the government and is under “catastrophic” threat of losing business to the EU post-Brexit.

The European Commission has  published its Renewed Sustainable Finance Strategy, which aims to ...