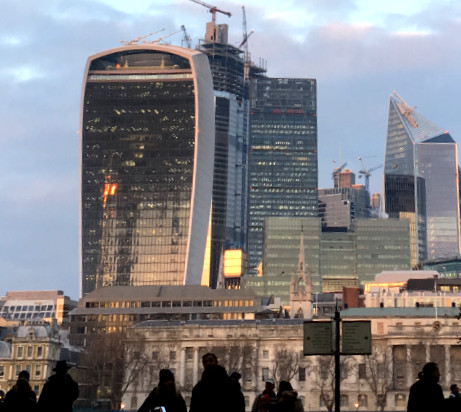 Jobs available in the City of London have dropped by 51% since March 2019 as the Covid-19 pandemic reverberated across the global economy and lockdown forced swathes of the UK economy to close, according to the latest Morgan McKinley London Employment Monitor.

Research from the recruitment agency shows that the picture was far brighter in December to January where there was a 97% increase in jobs available. This was mainly due to the positive market response to UK Prime Minister Boris Johnson’s resounding election victory and clarity on Brexit.

“Out of the frying pan and into the fire: we barely got to take a breath between Brexit and this new global crisis,” said Morgan McKinley’s managing director Hakan Enver. “London came back in the new year, with a renewed optimism, which was reflective in the general mood of employees and employers alike. Soon enough, business confidence fell once again which has in turn impacted trading prospects and overall economic optimism.”

He adds that “Numerous banks have pledged not to cut any jobs in 2020 and employers are honouring job offers that were already made. This is a strong sign from major institutions that by working collectively, they can do their part to fend off similar dire circumstances that the UK faced after its decision to exit the EU.”

UK based HSBC, Barclays, Lloyds and Standard Chartered, US peers Morgan Stanley, Goldman Sachs, Citi as well as Germany’s Deutsche Bank are among those who have indicated that job cuts are off the table this year given the current volatile environment.

However, the data  reveals that new projects have been put on hold, slowing hiring for most roles, with the exception of software engineers, IT auditors, cyber security experts and data and analytics professionals, who all remain in high demand.

“Institutions continue to recruit business critical vacancies, whilst at the same time ramping up their remote team systems and practice,” says Enver. “Those working in IT and fintech are going to continue to enjoy a robust job market.”