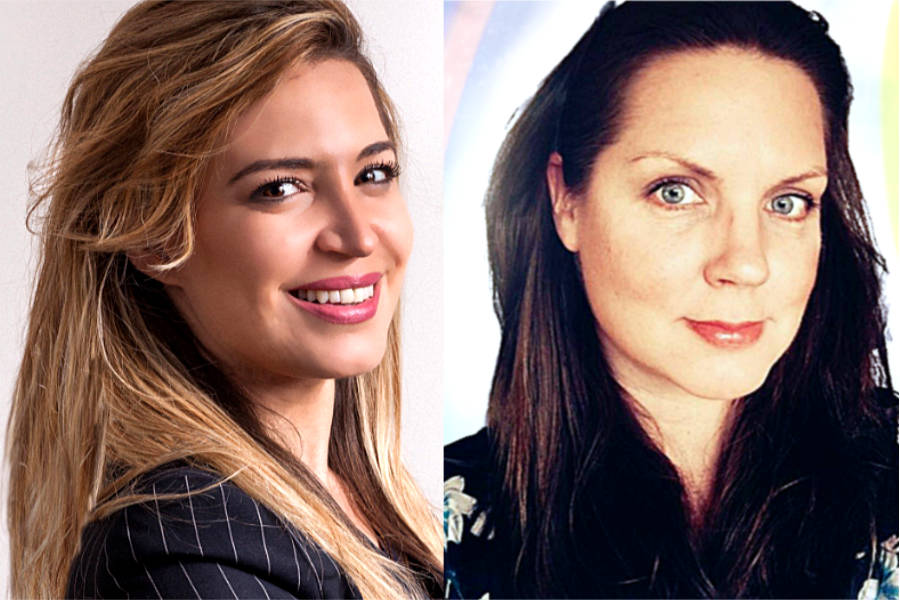 Shanny Basar talks to Dr. Amber Ghaddar and Bridget Greenwood about launching The 200bn Club to increase funding for female founders, encouraging more women in tech and the changes in Disney princesses.

In 2019 the UK Treasury commissioned Alison Rose, CEO of banking group NatWest, to lead an independent review of female entrepreneurship. The inaugural Rose Review concluded that up to £250bn of new value could be added to the UK economy if women started and scaled new businesses at the same rate as men. Dr. Amber Ghaddar and Bridget Greenwood, who are both female founders, have taken this as inspiration to launch The 200Bn Club, which aims to help female entrepreneurs succeed in pitching and raising funds.

Dr. Ghaddar said they first reviewed the research on female founders and unconscious bias. After analysing the venture capital process, they found that two points of failure for women were deal flow and pitching.

“You have an 82% probability of meeting the investment committee at venture capital firms if you have a warm introduction and women have smaller networks than men,” she added.

In 2018 Dr. Ghaddar was a founder of AllianceBlock, which uses blockchain in capital markets. Prior to becoming an entrepreneur, she spent more than seven years at Goldman Sachs and JP Morgan in structured solutions and trading.

“AllianceBlock has grown exponentially in the last year, and I wanted to work on a community-focused project that would have direct benefits,” she added. “I picked the female founders community and it was then a no-brainer for me to contact Bridget, who is also the founder and CEO of The Bigger Pie where I am a member.”

Greenwood founded The Bigger Pie in 2019 to support women in technology through a variety of initiatives and has recently founded the 0 to CTO program to respond to the lack of women engineers and developers in Web 3.

The 200bn Club has created a 12-week hands-on program for high-potential female founders. The cohort is taught how to pitch effectively and negotiate before gaining access to a network of investors. The program is supported by more than 43 UK VCs with a combined £900bn in assets under management including HSBC Ventures, Molten Ventures (formerly Draper Esprit) and Frontline Ventures.

Dr. Amber Ghaddar highlighted that research has shown that women are asked preventative questions at pitches, rather than promotive questions, due to the unconscious bias of both male and female investors. The 200bn Club trains start-ups to be pitch ready from design to presentation, to pick up preventive questions and answer them in a promotive fashion and how to manage the room.

“In addition, we’ve taken everything that I’ve learnt the hard way such as taxes, intellectual property, and how to negotiate salaries with your first employees,” she added.

She explained that one of the unique aspects of The 200bn Club is that all the VC partners participate in the mock pitches, and they have been asked to tell the start-up what they do not like and why they would not invest.fDrive

Greenwood said: “Role models are huge so making sure that women get funded is a serious business and thankfully a number of VCs who felt the same way have come on board.”

Each start-up is matched with a female mentor who has already raised at least a Series A fundraising while in other accelerators most of the mentors are industry specific.

“In the end money is king and we are focusing on getting 80% of the cohort to be funded through our partnership with more than 45 VCs,” said Dr. Ghabbar. “This is very ambitious and why we are not keen on being called an accelerator, but rather an investment or social initiative.”

Greenwood said the women that she meets who want to be founders have multiple degrees, speak multiple languages and have a career history. “I can’t wait to see them get more investment through The 200Bn Club,” she added.

She advocates a pragmatic, two-pronged approach. The first is to fix the system so that it includes women and the second is to help VCs understand that they are leaving money on the table and missing great opportunities because of their unconscious bias. The 200bn Club’s ambition is to have launched at least two cohorts by the end of this year.

“Success would be if we are able to finance 50%, which is already five times more than an accelerator,” added Dr.Gabbar. “Ideally we can reach funding for 80%. Once the cohort starts we will set up our own venture capital fund so we can invest in our own start-ups.”

Greenwood continued that she is excited about Web 3, a new iteration of the web based on blockchain technology, but most of the funding has come from networks that are not diverse. She said: “The technology should  not be built by a few for a few, and the best way to do that is to involve women. We are seeing a growth in women and a number of initiatives to make sure that we have more female developers or a crop of female founders or builders.”

Dr. Ghaddar agreed there is a lack of women in STEM (science, technology, engineering and maths) in the UK and that when blockchain started it was very male developer focused. She is starting to see a lot of women in marketing, legal and compliance in Web 3 but wants more women on the operational side, and more female CEOs and COOs. As a result, The 200bn Club is trying to pave the way for the next generation of women to have more representation. Her advice to women is to have the mentality to adapt, conquer and then drive change.

“I sometimes think it is unfair to ask women founders, especially at the early stage to fly a flag of equality when it is not their job as they are already carrying the weight of getting their business scaled or even started, this role should fall to those of us who have already achieved success,” said Dr. Ghaddar.

Greenwood added that she has managed her life in order to be the parent that she wanted to be to her son as he was growing up. “So, I’ve lived a journey of professional disadvantage just because of my gender,” she said.

Age has helped build her confidence, as well as having peer support in The Bigger Pie. She has seen numerous instances of women stepping forward because they feel they have peer support, and their confidence becomes matched to their competence.

Dr.Ghaddar emphasised the importance of education at home and in the media.

“One thing I am very happy about is that when we were young Disney princesses always needed saving by a prince – but in the recent cartoons it is impressive that there is no love story, and it is mainly the woman who becomes a warrior to save her family or her country,” she added. “Changing the paradigm should encourage more women to go into business and be in leadership roles and parents should be instilling this belief into their children from a young age.”