Calm within the storm : Record volumes with orderly trading 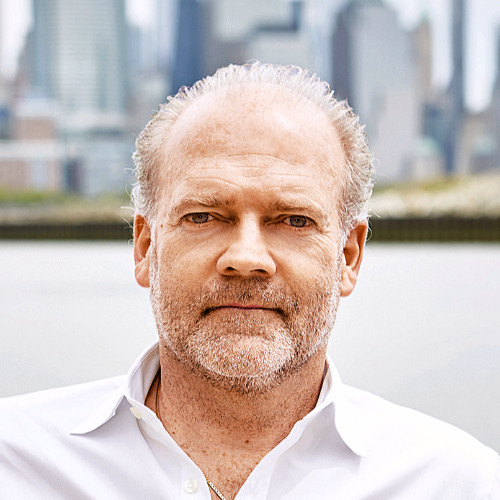 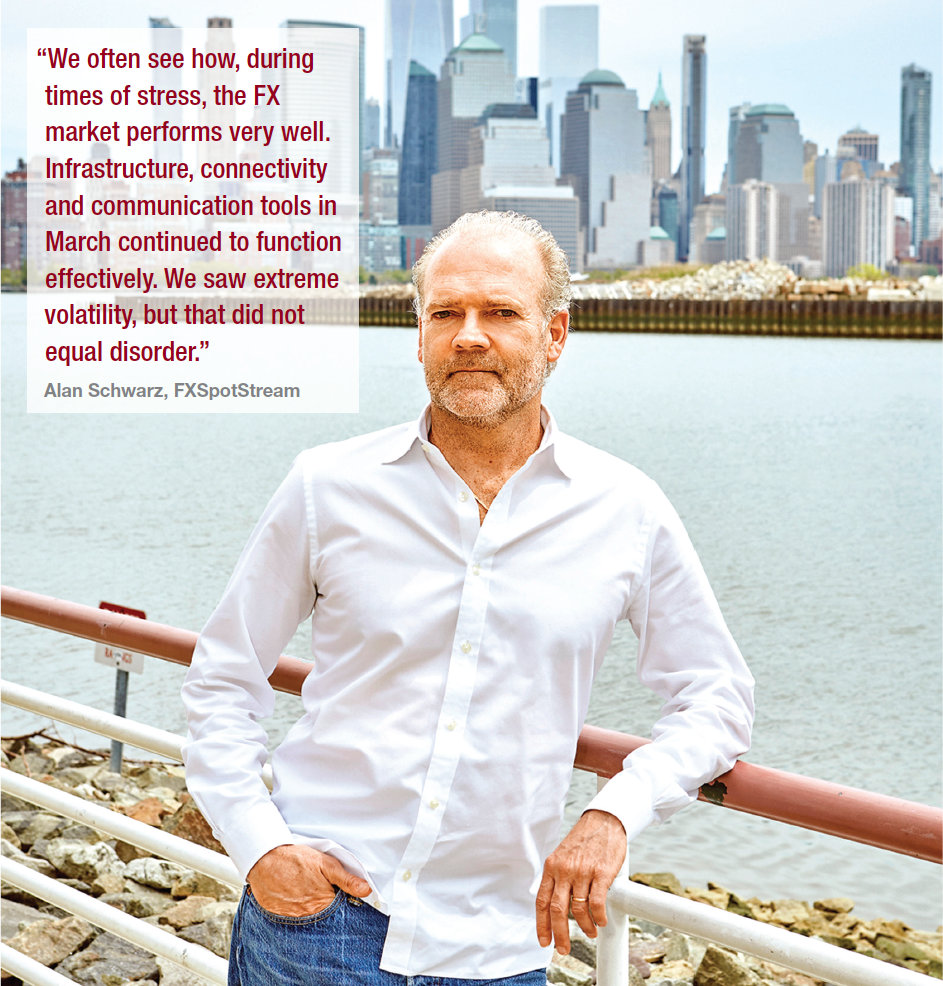 Excellence in FX execution comes from a strong bench of bank counterparties and solid infrastructure at FXSpotStream.

What has been the impact of Covid-19 on the FX market?

We often see how, during times of stress, the FX market performs very well. Infrastructure, connectivity and communication tools in March continued to function effectively. We saw extreme volatility, but that did not equal disorder. In an orderly market you are able to do what you need to get done, and there was an orderly market with banks pricing consistently and risk being transferred.

Putting that into perspective, the impact more broadly was the incredible amount of volatility, particularly as seen in the equity markets. There were a couple of days where we observed extreme volatility in the equity market – March 9th and March 12th – and those dates corresponded with increased activity in the FX market. The other thing we saw was in non-deliverable forwards (NDFs), where there were some closures of local markets, in particular the Philippine Peso, which led to volume decreasing in that currency. Other than that, the market operated extremely well.

What has been the impact on the company? I see that trading volumes have recovered somewhat but they fell in April. Was that due to the volatile trading or a return of the internationalisation trend or both?

March was a very good month for us from a volume perspective. For the first time we crossed the US$1 trillion mark in any given month; the volume that we supported was close to US$1.4 trillion. To put that number in perspective it was a 65% increase from March 2019 vs. March 2020. March was also up 30% over February, and in February we had a record month in terms of volume, with close to US$957 billion.

When you have a massive spike in volume, you would naturally expect the next month to come back down, and in April the volume came down, like other venues, but year-on-year it was still 6% higher. Then in May we were up 6% over April. Months and years make trends and our volume has consistently been growing, every single year since the company started. In 2019 YoY volume was up over 20%, the year before that up 50%. We can only speculate with regards to internalisation, but the decrease in volatility is observable for everybody.

How have you responded to the challenges and opportunities presented by Covid-19?

We have been able to transition every single staff member, bar two for contingency reasons, to work from home with no disruptions. The service was up 100 per cent of the time in March. Around March 12th, when the equity market had those incredible swings in the Dow Jones Industrial Average, the order count on the service was up 100% compared to January. Message updates per second were up 300%.

Fill rates for the clients and the banks tends to be around 97 per cent globally, on average. For all of March they were 93 per cent, a difference of only four percentage points. From an infrastructure perspective, the main opportunity is processing the increased volume.

A second opportunity is to connect and communicate with clients. We always communicate even when things are bad, because clients expect that. The longer you take to communicate it, the worse the recipient will receive that message, so we over-communicate.

Were there any changes you had to make to handle the unprecedented scale and difference of the situation?

As a technology company running software and infrastructure you really don’t have much opportunity to make changes if you were not already prepared. We put a technology freeze in place. The freeze was in place for about four weeks, while we kept running the business. We evaluated the situation with our senior managers involved in the day-to-day discussions to determine if we needed to undertake a particular action.

We came into this period in a very strong position. We had been going through a process of upgrading and updating our machines which we had started this time last year. It usually takes about 12 months thereabouts to complete the whole cycle, so we were over capacity in our data centres when this happened. You can’t plan for events like this, you have to plan for the natural running of your business and always add as much capacity as you can.

Barclays and Societe Generale joined this year as the 14th and 15th liquidity providers. Do you have a target of the number of banks you would like to have on the platform?

We don’t have a target – we have the largest FX global banks on the service. Our driver is improving the ecosystem, listening to our clients, and ensuring that we bring liquidity providers on where needed. For example, needing more liquidity for NDFs, emerging markets, or during particular times of the day. We assess what a liquidity provider gives to us, what gaps to fill in our ecosystem, and what our clients want.

In addition to Barclays and Societe Generale we have 13 global FX market participants, from six banks when we started, which shows the value they see in joining us. Our goals are expanding the ecosystem, growing the service, and growing the client base.

You mentioned the NDFs as a product; what sort of new functionality are you going to be adding this year?

A refined decay analysis report, aimed at allowing clients to enhance their relationships with LPs by giving them a more accurate picture of their trading flow is coming this quarter. We’ve launched a comprehensive management information service (MIS) reports that allow us, the banks and their clients, to see the details of all of their activity; fill rates, rejections, and average daily volumes all in a single place. We also have other reports that are coming in. We have offered our analytics tool for two and a half years, which has very been well received, and clients don’t pay anything extra for it. The market is more data driven, and people are looking for more information.

As the market structure has changed from anonymous to disclosed, our service has continued to grow. People are gravitating to our service because market impact is important, information leakage is important, pricing is important and alongside a channel for trade execution, they need data and transparency to see what is happening.

Looking at the company itself, what are the growth plans for the firm?

We never lose sight of our core business, which is a very strong FX, API franchise. We also focus on what is in front of us. Other firms forget to do both. We started with spot FX, we added a GUI and then we added forwards, swaps and NDFs, but we never forgot the core. Consistent with adding products, is adding functionality. In addition to adding the two banks recently, our future growth involves very significant functionality improvements by end of Q1 or early Q2 next year. With new additions to the team I am really excited about the next five years.