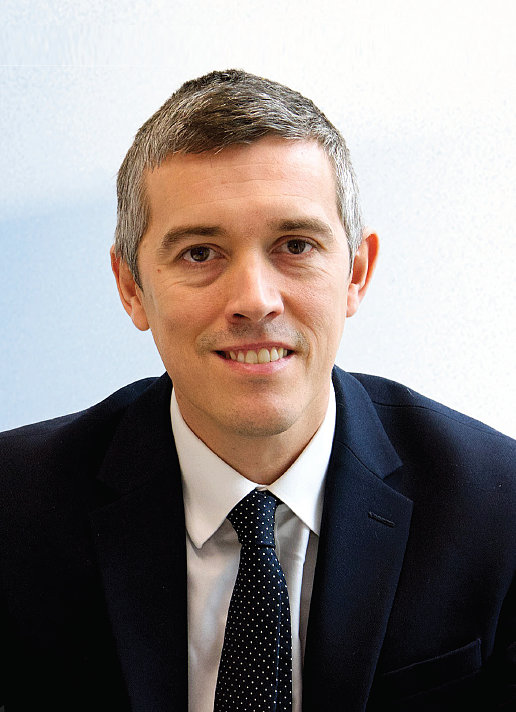 ALL POWER TO THE BUYSIDE.

Best Execution spoke with Nick Wood, Head of Execution at Millennium Global Investments, about innovation in FX trading and the impact of a low liquidity, low volatility market.

What trends have had the most impact on FX execution this past year?

The major trends that impacted markets in 2019 are a continuation of trends we saw in 2018. For example, transaction cost analysis (TCA) continues to be a valuable tool in improving the execution process. Three years ago, it was a tick-box exercise, but greater access to data and analytics both pre and post trade has enabled us to question the process and ask whether it needs to be improved significantly or marginally. Another notable theme has been the lower levels of liquidity and volatility which has driven a rise in algorithmic trading.

What has been the impact of MiFID II and its requirements on best execution?

What is key for my team in the concept of best execution is that it is not just trade by trade but covers the whole process, from the origin of the trade to the settlement, and the application of the different segments of the workflow in between. You now need to have a structured reason why you executed a trade in a particular manner. The conversations are different though, depending on the nature of the trade. If you are talking about liquid currency pairs such as euro/dollar, you can see the available liquidity and you can take a low-touch approach. Liquidity drops down when you are looking outside of the G5 and requires a higher degree of sensitivity around execution.

How is technology changing the market and what are the drivers?

It has been an evolutionary process, starting with the shift from voice brokers who were the controllers of liquidity, to the spot and option traders on the sellside. Now you are seeing the power pass to the buyside – a process that is being turbo-charged by regulation. There is a greater push towards transparency but also the sellside can no longer warehouse the trades as much as they used to because of their own capital constraints. The change has meant that end-users have better access to data and systems where they can be more specific about how they want to execute those trades.

At Millennium, we have an order and execution management system designed to facilitate different workflows. All trades come into the OMS and then we decide how we will execute – low- or high-touch. We also have a new TCA system and there is a greater focus on algos than we had in the past. We also look at post trade analytics to unearth elements of the workflow that we need to improve. There are also several initiatives such as peer-to-peer trading which has the potential to become an important part of the toolkit for execution. It is in its infancy, but we are monitoring its development.

You have mentioned that TCA has become an important part of the process. Do you have an internal model or do you use a third party?

We use a third party, but went through this rigorous onboarding process where we brought in multiple providers to get a better understanding of what they were actually offering. This process helped us whittle down the list. We then opened the discussion to stakeholders such as portfolio management, compliance, legal and marketing to get a different slant on the providers.

There is a lot of talk about the explosion, and importance, of data but market participants also complain about the lack of good quality of data. Is this the case in FX?

It is often said that data is the new gold. If you think about the number of electronic communication networks (ECNs) on the market, it is an expensive process to not only consume all the data but also to have the ability to clean and store it so as to be able to better understand metrics such as market depth and liquidity. The TCA providers and banks may provide increasingly granular data but the buyside needs to dig under the bonnet to understand what they are getting. We belong to the Investment Association, which has an initiative to create a questionnaire that buyside participants can send to banks to help build a greater sense of accountability and transparency.

Do you think there will ever be a consolidated tape for FX?

In an ideal world, every buyside practitioner would be using the same FX tape and be able to see the same prices and portray TCA in the same way. Because of market fragmentation, this is not the case today. Certain providers are able to access price data from multiple primary markets and ECNs but the data sets are still incomplete and that means that you may not be able to get accurate information on the price points traded at a specific time.

I think in order for a consolidated tape to work you will need to have an exchange or an equivalent consolidator but I do not expect to see that happen as soon as I had once envisaged.

How has Millennium responded to this changing environment?

In general relationships have always been important to us. This is especially the case in less liquid pairs because you are not necessarily trading electronically. You need to have the ability to access liquidity and to work across both phone and electronic venues. With low-touch, it is important to understand hit ratios and reject rates, as well as the relevant compliance rules and any other constraints involved. In general, there is a greater adoption of algo trading due to the low volatility, but I will be curious to see how they perform in a higher volatility environment.

Overall, the way we respond is to keep an open mind with all systems and workflows. After all, what is right today may not be the case tomorrow. We also focus on how we can improve our processes and also to ensure that we understand the new developments such as peer-to-peer trading and what that means for us and the industry. It is important to be fluid, to understand that change is good and to create greater efficiencies.

Are you introducing any new services?

We have launched a standalone execution and advisory service. It has been especially well-received by small to mid-sized asset managers where currency is an ancillary area and they do not have a large internal team. Their cost base is under greater scrutiny and they want to up their game. They often want to outsource as much of their workflow as possible to us, but we always work in partnership with them because they still have to make the strategic decisions inhouse.

One of the key challenges next year will be surrounding liquidity and volatility. It has been low this year and if it rises significantly that will have an impact on the market. More broadly, I think we will continue to see greater electronification in more liquid pairs but whether that trickles down to emerging markets will largely be dictated by the amount of volatility and liquidity in the market.

Nick oversees all trade execution for the specialist currency investment manager Millennium Global Investments. Prior to joining the firm in February 2007, Nick spent five years in the fixed income and currency team at Aberdeen Asset Management and Deutsche Asset Management. Nick is registered with the Financial Conduct Authority.