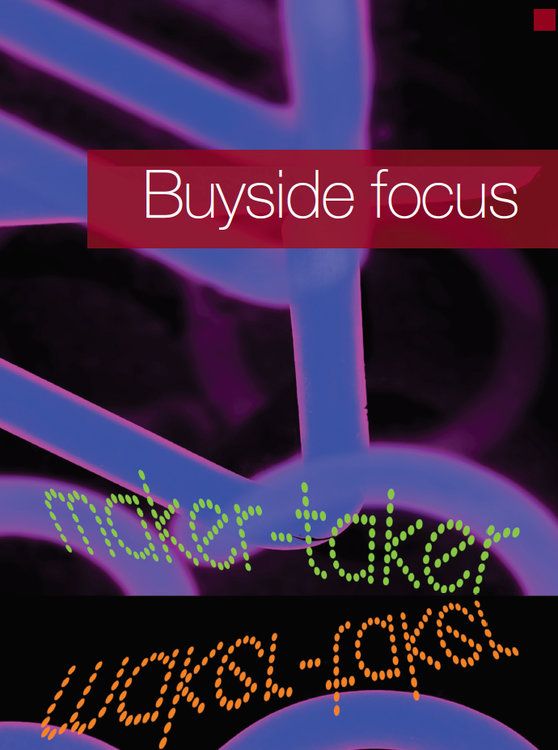 Inducement is a loaded term amongst asset managers. Fiduciary duty to the end investor prohibits the acceptance of payment from third parties. Sellside firms have no such obligation and so they can be exposed to conflicts of interest.

The maker-taker model is an exemplar of such a conflict. With a flat fee model, an exchange, electronic communication network (ECN), or MTF charges firms that post or take liquidity the same fee.

Using the maker-taker model, placing a passive order on a book (i.e. a limit order) earns a rebate. Placing a market or limit order that instantly executes against an order sitting on the book costs a fee. Using the ‘inverted’ or taker-maker model, firms that take liquidity are paid a rebate. These models allow a broker to get paid by their client and by the exchange.

Whether they would do that to the detriment of their client’s execution quality is an open question. However, it is not a new question; where ten years ago firms may not have realised that brokers were potentially routing for economics rather than best execution, the issue has been very public in the intervening period. 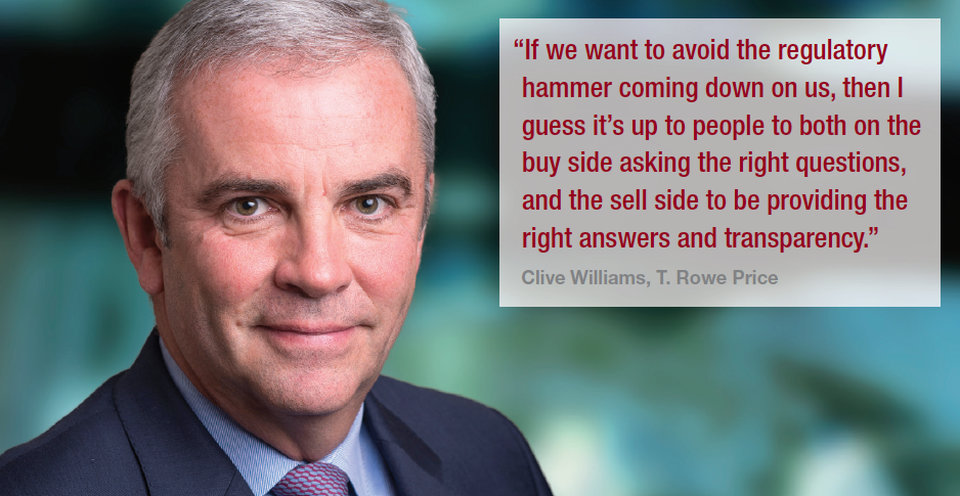 “I am concerned about maker-taker, but less concerned than I used to be,” says Clive Williams, global head of trading at T. Rowe Price. “We are asking for and seeing a lot more data than we were in 2010, for example. We are analysing that data, so we can ask why a broker posted to its internal dark pool 50% of the time first. Now, they might have a justifiable reason for it, but it’s certainly much more visible so it can be challenged.”

For the dealers, routing can be a complex process. Decisions can be based upon the liquidity of the stock in question, the size of markets on which it trades, as well as any rebate model. As a result, best execution must be carefully assessed. 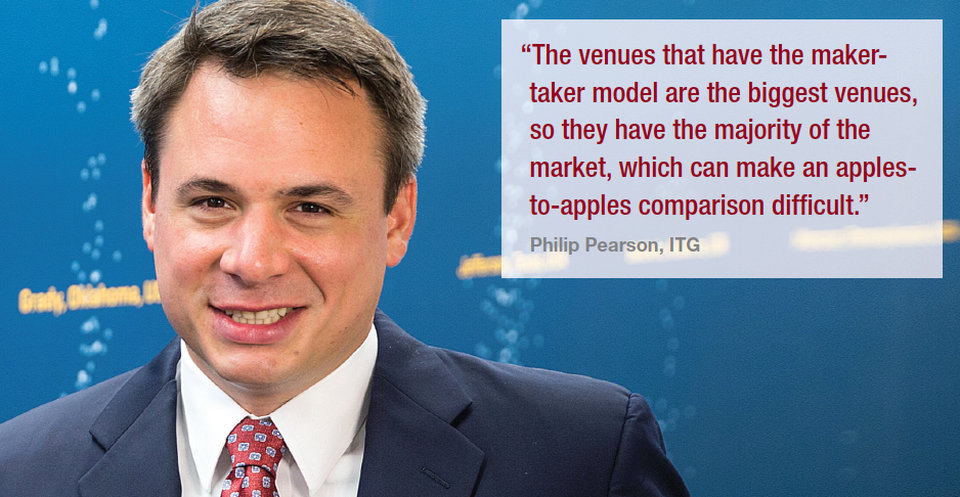 “The venues that have the maker-taker model are the biggest venues, so they have the majority of the market, which can make an apples-to-apples comparison difficult,” says Philip Pearson, director for algorithmic trading at ITG. “In illiquid stocks you are kind of at the mercy of where volume has traded previously, and where current bids and offers are. Feeding new bids on more exchanges is generally not the best idea for information leakage, whereas in the liquid stocks generally there might be 10 exchanges on the bid. Generally it’s better to post on inverted venues because you could get ahead of the queue a little bit.”

As electronic trading grew between 2008 and 2010, both US and European markets were competing heavily for equity order flow and adaptation of pricing structures was a commonplace competitive tool, and pricing was contentious.

For example, Bats, now owned by Cboe, operated the maker-taker model for some US securities, with alternative pricing models for others, since 2006. The firm’s then-CEO, Joe Ratterman was publicly critical of pricing models of other venues. US equity market operator Direct Edge, now also part of Cboe, introduced the maker-taker fee structure on its EDGA platform in November 2009, reflecting the model operated by rivals.

However, the models were not always welcome. Bats abandoned plans to offer maker-taker in Europe following feedback from customers in October 2009. The issue has since become largely a US concern.

“I think the costs associated with trading are a bit higher in Europe, and then the market structure is different; the combination of the two wouldn’t lend themselves to someone who is trading simply for rebate collection,” says Duncan Higgins, head of EMEA Electronic Products at ITG. “So, I wouldn’t think the trading for rebate collection would have an economic return in European markets.”

In North American markets concerns persisted. An October 2017 study by analyst house Greenwich Associates, found that 65% of US equity traders believed maker-taker pricing “creates distortions and is bad for market structure”, while only 10% saw it as “a benefit to market structure.”

In April 2016, US market regulator, the Securities and Exchange Commission (SEC) Equity Market Structure Advisory Committee (EMSAC) proposed a pilot program to modify exchange pricing, known as the Access Fee Pilot Program, to assess the impact of both maker-taker and inverted models upon order routing.

On 14 March 2018, it announced it would be opening the pilot programme, after a 60-day consultation period. Given the decade over which the concerns have been known, the length of time taken for the SEC to deliver the pilot may seem surprising, however the regulator has been fully occupied and under-resourced.

“They have been trying to get a pilot programme going for a while,” says Brian Urey, head of Americas trading at Allianz Global Investors. “It is definitely still an issue, there is a vocal minority who feel that it has no material impact on the market and a majority who feel that structure does impact routing decisions and isn’t necessarily in the best interests of the buyside.”

The programme involves the creation of a new ‘Rule 610T’ of Regulation NMS to conduct a Transaction Fee Pilot in NMS stocks. It would subject stock exchange transaction fee pricing, including fee-and-rebate pricing models, to new temporary pricing restrictions across three test groups, and require the exchanges to prepare and publicly post data.

“The proposed pilot is designed to generate data that will provide the Commission, market participants, and the public with information to facilitate an informed, data-driven discussion about transaction fees and rebates and their impact on order routing behaviour, execution quality, and market quality in general,” said SEC Chairman Jay Clayton, in a statement.

A test group of NMS securities will prohibit rebates and linked pricing, while other test groups will impose caps of $0.0015 and $0.0005 for removing or providing displayed liquidity. The pilot would apply to all NMS stocks regardless of market capitalisation and will include all equities exchanges.

The pilot will require the exchanges to prepare and post public and downloadable data including monthly aggregated and anonymised order routing data, and an XML dataset of standardised information on their transaction fees and rebates. It is planned to last for up to two years, ending after one year unless the SEC extends the pilot.

Regulation is not always the preferred way to effect change in capital markets. Self-determination often has fewer unintended consequences. However, in this instance it seems the buyside believes that the regulators have not gone far enough.

In the Greenwich study, 62% of respondents argued that the proposed access fee pilot should be modified to include an outright ban on rebates, with just 13% stating it should be approved without modification.

Yet EMSAC noted that while several commentators said that any pilot should either ban rebates altogether or include a “no-rebate” test bucket, EMSAC considered that but did not ultimately recommend it.

“You have to make some decisions based on what type of stock you own, what the book looks like,” says Pearson. “And I think that those are conversations that the buyside are now willing to have, whereas before they might have just said, rebates are bad.”

Williams adds, “If we want to avoid the regulatory hammer coming down on us, then I guess it’s up to people on the buyside to ask the right questions, and the sellside to be providing the right answers and transparency.”