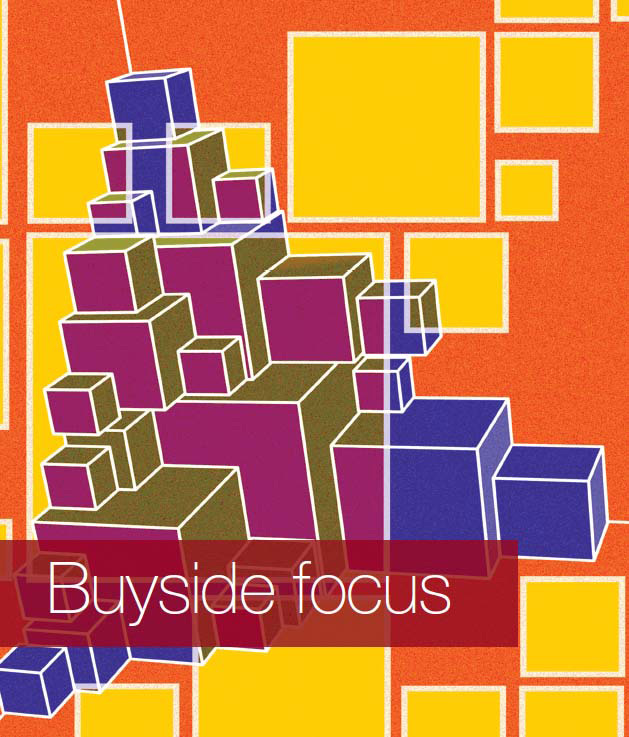 THE BUILDING BLOCKS OF TRADING: BACK TO BASICS.

Frances Faulds looks at the resurgence of block trading in the new MiFID II world regime.

MiFID II will dramatically reshape the way that market participants trade off-market. From January, the new regulation will limit reference price trades to midpoint, introduce double volume caps on both the reference price and negotiated trade waivers to 4% of volume in a stock in a single pool and 8% of the volume in a stock across all dark pools, as well as altering the minimum size thresholds for LIS trades. Unless participants trade in large enough size to cross the new Large-in-Scale (LIS) threshold, trading must be done in the lit market.

In some ways, this is signalling a bit of a U-turn in block trading. For, after years of electronic order books, electronic management systems’ (EMS) smarter routing algorithms, which although very efficient actually drove down the average order size in dark pools, the intended increase in the use of the LIS waiver looks set to make the block sizes bigger again.

“The nub of the problem is that the market went to slicing and dicing orders and it is getting very difficult to get block activity done,” says Rebecca Healey, head of EMEA market structure at Liquidnet. “There has been an increase in LIS, because it falls outside of the double volume cap, so that’s an incentive for people to start getting back to what dark trading was about in the first place.”

However, while the blocks are likely to grow, to make use of the LIS waiver, the number of LIS venues, and new or modified order types both in the lit markets and dark pools, is getting larger too, prompting concerns that new levels of market fragmentation will impact the market again. For example, Euronext Block MTF has just gone live and a number of specialist block-matching facilities, such as Bats LIS Service and Turquoise’s Plato Block Discovery Service, have emerged alongside existing venues, such as Liquidnet and ITG’s Posit, with new order types, to match orders in sizes at or above the LIS threshold.

David Howson, chief operating officer of Bats Europe, says that drive from the buyside to be able to trade large block orders with minimal market impact continues to shape the market. “MiFID I introduced fragmentation for lit market trading and while initially, dark books were the place where quite sizable orders were crossed off against each other, over the years the sizes of trades in the dark books has contracted,” he adds. “With the advent of MiFID II and the dark pool caps coming into play, as well as the closing of the broker crossing networks, the opportunity to find places to trade without market impact will be reduced.”

For these reasons, Bats Europe has recently introduced two offerings – Periodic Auctions and Bats LIS Block Trading – giving market participants two further options depending on the size and urgency of the trade.

MiFID II is prompting the market to look for new ways of sourcing block liquidity, giving rise to a new conditional order type now being offered by the dark pools, enabling firms to cancel orders in preference for large blocks that come under the LIS waiver.

Says Howson, “The ability to trade in those sizes is attractive to the buyside because they can trade the full size of their order and can have a single counterparty to their trade, which helps reduce the execution and market impact costs from having to have that order split up and traded across various liquidity pools. There is definitely an increasing desire to trade in blocks, it has always been there but it has been brought into sharper focus with trade sizes in dark pools getting smaller over time. The desire and the trend were there, but sometimes people need a catalyst and that catalyst is MiFID II.”

By the end of August, Turquoise Plato Block Discovery had matched €37.8bn of which €33.5bn, or 89% of the total, have been matched since the September 2016 announcement of the co-operation of the Plato Partnership, the first time that buyside, sellside and market operator formalised governance together. According to Robert Barnes, CEO of Turquoise, the impact of the new rules will be significant and widescale.

He says that “for a stock that has less than €500,000 average daily turnover, today’s LIS threshold is €50,000. For traditional electronic order books, that have become so efficient, and have a natural trend to shrink trade size, this means that the threshold is already five times the size of the average trade across all of the lit and dark order books in Europe. So, the puzzle that we as an industry need to solve is to encourage larger orders from the buyside to come into a mechanism that is effectively considered high quality for execution,” he says.

Says Barnes, “Firm up rates into Turquoise Plato Uncross are consistently above 90 per cent, in the requisite time. This is an industry leading firm up statistic and ensures that customers achieve the best results on a continuous basis – the very definition of MiFID best execution.”

Technology to the rescue

For Liquidnet’s Healey, technology will play a key role in the new trading environment. The launch of Targeted Invitations for algos in Europe, ahead of the global roll-out later in 2017, will enable simultaneously access to both Liquidnet’s pool and external liquidity to seek out latent LIS block liquidity previously unavailable.

Targeted Invitations hone in on the participants who have had interest in a particular stock, held the contra, and, on average, just three recipients would get a Targeted Invitation anonymously, giving a far greater chance or likelihood of targeting the right people. “In a way, it is the technology that is taking the place of the traditional sales trader, almost creating a mini sales trader that’s just there to work for the buy-side in question; that’s what Targeted Invitations deliver,” she adds.

Today’s smart EMS’ are designed to take what could be a highly manual workflow and automate as much of that as possible. This is whether it is accessing individual venues independently, turning on particular orders, or identifying if the liquidity exists. As a result, making a decision about whether or not to execute on that basis, will also play a key role in sourcing block liquidity.

According to Jim Tyler, head of sales engineering at Portware, a FactSet Company, many of the EMS provider’s large buyside clients are taking the automation of workflows and execution to levels that were previously unheard of, with traditional real money buyside desks now automating well over 50 per cent of their order flow, in some cases 70-80 per cent of the order flow, and automatically executing with block liquidity.

“The methodology used is different for each venue but what is consistent, across all of them, is that the buyside trader is in control,” he says. “It is not a process whereby execution via blocks has been outsourced to the sellside. The buyside has control of the execution whichever methodology is used.”

However, Steve Grob, group strategy director at trading solutions provider, Fidessa, believes the changes that MiFID II will bring to block trading in Europe, and the buyside’s search for “unique liquidity”, what he describes as the real prize in successful block trading, will be profound, mainly because the greater number of venues could actually split liquidity.  He says: “The challenge is that now those blocks are going to appear as conditional orders across multiple venues, or they end up getting chopped up into smaller sizes which then may get them down to below the LIS threshold.”

One way to try and solve the problem is using technology, such as the Block Shadow algo developed by Fidessa, to identify the best place to execute the order. Any order placed on the venue needs to be reconfirmed when it finds the other side, and all other orders withdrawn, says Grob.

He adds: “That two-step process can create all sorts of signalling issues as you need to be able to pull all the other conditional orders before firming up on the venue of your choice.” Moreover, as these venues operate conditional order types, participants will need to choose carefully so as not to get overfilled or, worse still, miss unique liquidity opportunities.

According to Grob: “The whole process requires some careful navigation and participants are going to be very interested in what sort of liquidity is going to appear, and on which of the block venues, in the hunt for unique liquidity.”

In a bid to help market participants understand where the unique liquidity is, Fidessa has developed a new weekly report, Top of the Blocks, that it is making available on its fragmentation website to provide a snapshot of where the unique blocks are and the relative LIS volumes at a variety of venues.

By providing an unbiased view Grob believes this will help the market not only better understand where they should start their hunt for unique liquidity but also when to tweak their block algorithms, where the unique liquidity can be found and how this pattern changes over time in the new trading environment come January.