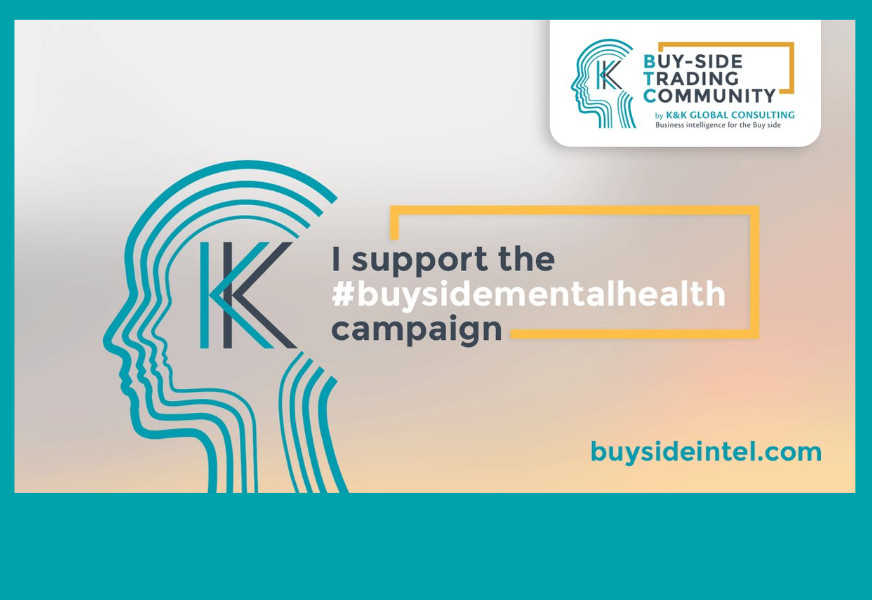 Covid-19 has shone a brighter light onto mental health in the financial services industry but more needs to be done to address the wide range of issues, according to a new survey from the buy-side trading community (BTC).

BTC has launched the #Buysidementalhealth humanistic campaign and is calling for all asset management and hedge fund firms to take a close look at the statistics in the survey and to implement an effective mental health action plan as soon as possible for all of their staff members globally.

“Buysidementalhealth is a sensitive, timely and topical humanistic campaign launched by the Buyside Trading Community in direct response from the senior, heads and global heads of trading worldwide, but it is pertinent to state that this topics touches on all segments of the  capital markets,” says Anita Karppi, Co-Founder, The Buy-side Trading Community.

Part of the campaign included conducting a benchmarking survey to identify and understand key issues and problem areas as well as patterns and areas which need urgent attention.

It canvased 116 senior, heads and global heads of trading from asset managers and hedge funds from 29th April and to 6th May 2021. The majority of respondents were in the 36 years and above age-group, with various sizes of trading teams and half of the global survey participant group was based in the UK.

The survey showed that 62% of respondents had experienced problems with their mental health, with many citing the stress, pressure and lack of work/life balance as their main underlying reasons.

It said, “this verifies the stigma attached to trading and the capital markets which has been a constantly recurring issue for the industry for decades.”

Slightly more than half or 54.9% said they allocated extra time to exercising as their primary remedy to maintain their mental health while 26.4% prioritised spending more time with their families.

However, many respondents had trouble shutting off from work as the barriers between home and work had blurred with many traders working from their spare rooms, bedrooms and kitchen tables.

It also noted that 24.1% of traders said that their firms have not issued any guidance on mental health. 42.1% stated that they would seek professional help, 24.6% would ask their manager and 21% said they would not know who to reach out too.

Buyside traders, who’s employers had implemented actions, cited dedicated Mental Health First Aider training courses and training on the “Ask Twice” campaign, a social movement funded by the Department of Health and Social care started in March 2007 and which closed at the end of March 2021.

The survey showed that 57.3% of respondents were still exclusively working from home while 85% stated that their employers were currently looking at the way that their workplace would develop over the next few months.

“Creating awareness and speaking out about this taboo issues needs to be done to help to lose the stigma associated with mental health,” says Karppi. “The statistics are disturbing and buyside firms need to create key actions to carefully address all issues faced in the workplace especially with the return back to the office this year.”

She adds, “The honesty of all of the buy-side backing the campaign needs to be acknowledged and commended. I am proud to initiate this cause, as I have seen from our past initiatives, that we can help to make create change”

Although the long-term prospects look promising, soaring inflation and market volatility is taking its...
Read more