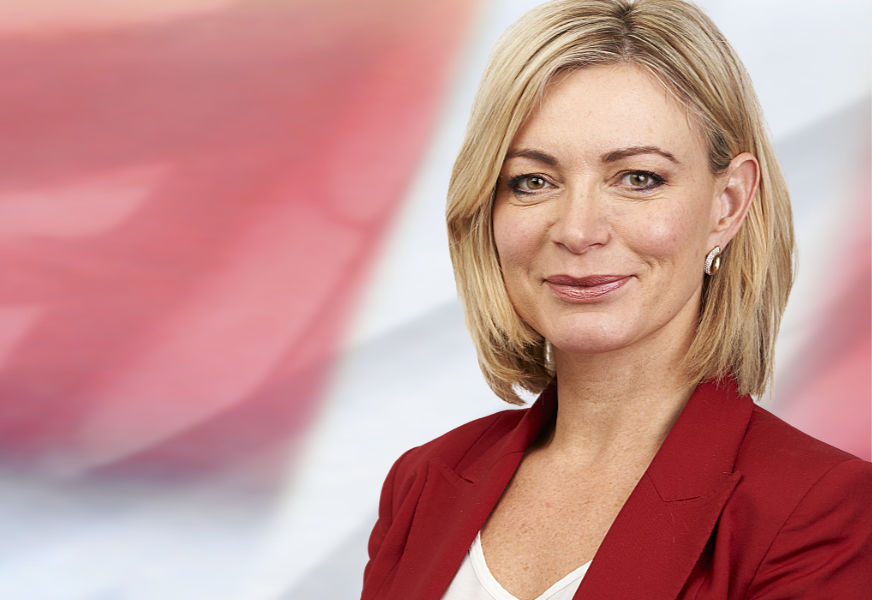 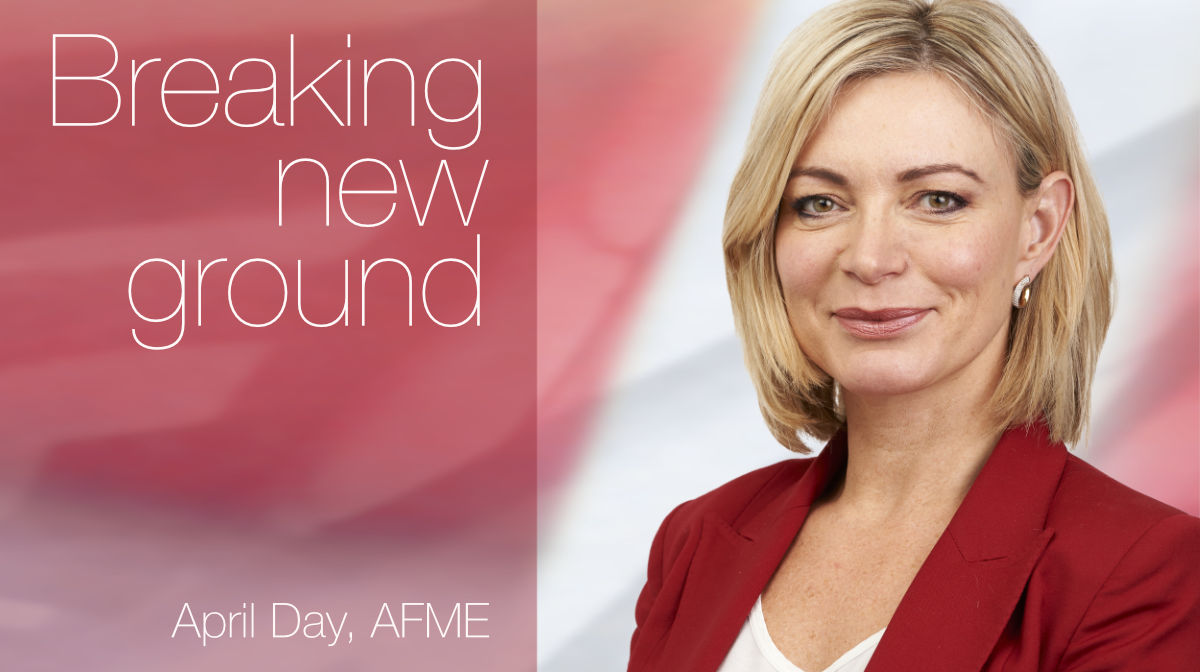 April Day’s background in law and equity sales has been the perfect grounding for her role as Managing Director, Head of Equities at the Association for Financial Markets in Europe (AFME).

Day says “AFME’s role is one of facilitation and being the voice of our members, very much bottom up in terms of policy formulation and in building consensus.”

She joined AFME in 2012 and building consensus in response to new regulations has been crucial in the light of changes to European markets following the implementation of MiFID II in 2018 and the UK’s departure from the European Union. Building consensus will continue to be important as the European Union reviews MiFID II for possible changes and the UK develops its own regulatory regime for wholesale markets, which may diverge from the EU.

“We are putting forward the same policy positions across the UK and the EU as our  members are global players,” adds Day. “There is a strong interest in maintaining the fluidity of cross-border services without further fragmentation.”

AFME members want equities markets to remain open, competitive and efficient which they think drives the best outcomes for end-investors. Members have said it is important that investors continue to have the choice of a diverse range of trading mechanisms in order to meet their clients’ varying trading strategy requirements and achieve best execution.

One way of helping to achieve best execution would be to introduce a European consolidated tape for equities. Day said a real-time pre- and post-trade consolidated tape would cut costs and democratise access for all investors across Europe through providing a one-stop-shop price comparison.

In addition, AFME argues that a tape would also contribute to the creation of a truly pan-European market in line with EU’s capital markets union (CMU) policy objectives. A European consolidated tape has been mooted for many years and a previous commercial venture to launch one, the Coba Project, failed in 2013 due to insufficient support from banks, fund managers, data providers and stock exchanges.

However, Day remains hopeful. She ssays,“The impact assessment for the tape is ongoing and we are optimistic.”

MiFID II concerns
The main concern for AFME members from the MiFID II review would be around any arbitrary narrowing of choice of trading mechanisms through potentially miscalibrated regulation that has not first assessed the impact of any changes for market participants and investors.

MiFID II introduced a double volume cap on equity trading in dark pools in order to try to shift more trading onto exchanges; and a share trading obligation requiring EU firms to trade certain shares and derivatives on EU or equivalent venues.AFME has long advocated for the removal of these measures.

“Both of these features increase complexity in market structure, they render EU markets less competitive, less attractive for investment and neither have resulted in positive outcomes for end-users,” says Day.

AFME argued that the share trading obligation has had unintended consequences in restricting firms’ access to the most liquid markets which makes the delivery of best outcomes for investors more challenging. In addition, Day says the double volume cap is an arbitrary limit on trading under the pre-trade transparency waivers and makes the EU a global outlier from the perspective of having a volume constraint.

“We would hope that capital markets remain open and competitive to meet the varying needs of investors and savers with diversity in execution and trading,” adds Day. “Different types of liquidity existing in the same marketplace is a sign of a healthy market.”

Career
Day has a business law degree and was looking to go into corporate finance until a chance meeting with a rated European utilities analyst sparked a conversation.

“His opinion was that my personality was potentially better suited to equity sales than corporate finance and I have always been more of a morning person than a night owl,” she adds.

As a result, Day ended up working in equity sales at Dresdner Kleinwort and Panmure Gordon. Although she considered herself lucky to be working in broking in the early years of the financial crisis, she was ready for a change when she joined AFME. She wanted to leverage her existing skill set and use her legal background, and a good client brought the AFME role to her attention. Day was excited at the prospect of working with  members at the heart of regulatory change in market structure.

“My background in equity sales certainly helps in my role, as well as having a legal mind,” says Day. “It is helpful, and important, to be able to speak the language of our members.”

She described never having a dull day at AFME and said the organisation has a very collegiate culture which makes it a nice place to work.

“I am really lucky that I have such bright and hard working folk in my team, we get some great results and enjoy what we do,” Day adds. “I think you have to enjoy what you do.”

In her role Day has worked on topics such as the EU financial transaction tax and market liquidity and led countless MiFID consultation responses and equity policy formulation initiatives. The  job has ranged from sitting opposite regulators and Commission officials, hosting conferences and webinars to writing scripts for animated videos.

One highlight is the work that AFME has done on the liquidity landscape as really important and as it emphasises the need to look at data and base policy decisions on evidence. She says, “There is a need to first understand where liquidity sits in the marketplace before making changes.”

Day describes herself as a ‘can do’ kind of person who has rarely done the same role twice.

“What I think I’ve worked out about myself over the years is that, despite maybe a bit of female tendency for imposter syndrome I clearly get some sort of sick satisfaction from some sink or swim situations,” she said. “I work for and with exceptional people in the industry so I work hard to get to know what I don’t. Delivery and member satisfaction is key. This philosophy is embedded in my own team.”

Diversity
Day would tell women who are thinking of going into finance to ‘go for it’ as the industry has changed a lot and attitudes towards women are much improved. For example, AFME members are represented by more women and the securities trading committee within the equities division is now predominantly female.

“My advice would be to work hard, be open to new projects, and to take care of your network,” she added. “You also need to be prepared to apply for roles even if you don’t think you 100% match the job description.”

As a manager Day is aware of the need to ensure that the recruitment process ensures the organisation has a diverse list of qualified candidates even before the interview stage. She believes diversity will be helped by the pandemic fast-forwarding many firms’ policies on flexible working as it opens the door to recruiting and retaining talent that might not have otherwise considered a career in the industry.

In addition to increasing flexibility, Day says remote working increased efficiency in some ways,  such as being able to see regulators in Holland and Italy on the same day on-screen. She added: “Our firms responded well to the pandemic in terms of remote working and productivity remained very high.”

Last year AFME and the Investment Association pushed for a shorter trading day in European markets in order to concentrate liquidity and create more efficient markets, but also because they believe the long hours culture impacts traders’ mental health and wellbeing and has been a key obstacle in recruiting and retaining more diverse talent.