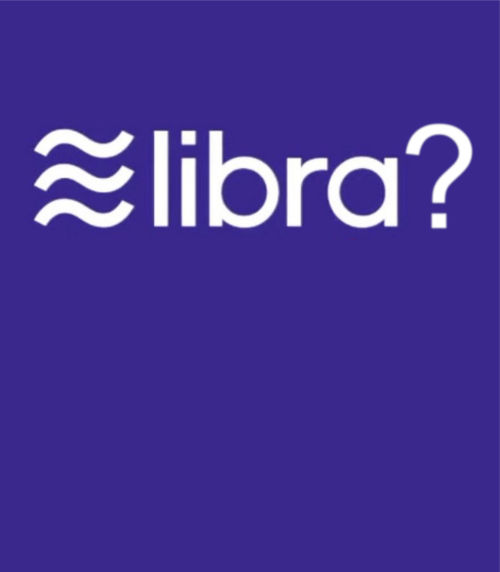 LIBRA IS ALMOST CERTAINLY NOT WHAT YOU THINK IT IS.

[Part Two of Two] for Part One – click here.

In part 2 of a two-part analysis, Dr Avtar Sehra, Chief Executive Officer at Nivaura, and Jannah Patchay of Best Execution examine the proposed usage of Libra as a medium of exchange, and the associated economic repercussions.

At this point, readers may well be asking themselves the question, “If Libra is a security, how can it be used as a currency?” Let us assume that the challenges created by Libra’s underlying fund structure have been solved, and that the coin itself can be considered as a medium of exchange / exchange token (which is problematic in itself, as unless there is an international regulatory consensus that, when used to effect payments, it is no longer treated as a security, then it’s not really a means of payment but rather a form of barter in which a security is exchanged for goods and services).

As a medium of exchange, the intent behind Libra is that it should be utilised by end users (who will on the whole be retail clients) as a cross-border payment mechanism for goods and services. The complication for end users will be in understanding the value of Libra at any given time, and having confidence in the ability to price goods and services  in Libra. Although the stated goal of the Libra Association is to ensure a stable value for the coin itself through active management of the underlying basket, this is somewhat at odds with the notion that Libra’s pricing will be determined on the open market. Irrespective of the challenges to the Libra Reserve that are associated with keeping the Libra coin’s underlying basket stable, times of high demand for the coin will also create volatility in the market.

Suppose there is a national currency crisis (e.g. Venezuela or Zimbabwe) that creates a high demand for Libra as end users seek to convert their local currency holdings into the perceived “safe” currency (as has happened with Bitcoin in the past). Market makers have two options: they can factor this demand into their pricing, and they can turn to the Libra Reserve to mint new coins. However, minting new coins is unlikely to be an immediate process; the underlying deposits and notes must be sourced and procured before a coin can be minted, in order to ensure the supply of  Libra coins is always fully asset-backed. This creates a latency between the demand for new coins to be minted and the actual minting of the coin. Therefore, in the interim period, the market maker is likely to adjust their pricing of Libra to reflect the sudden scarcity – meaning Libra prices go up. For Libra end users, this means that their use of Libra as a means of exchange is now directly affected by a localised political and currency crisis that would otherwise have no bearing on their daily lives whatsoever. Suppliers of goods and services that are priced in Libra would need to rapidly change their pricing, which has a cost in itself.

Interestingly, perhaps the closest thing to Libra, in terms of a precedent, was the European Currency Unit (ECU). Prior to the genesis of the EU as a political construct (and the Euro as its currency), its precursor, the European Economic Community (EEC), had as its primary objective the ensuring of economic (and thus social) stability across Member States. As a part of this effort, the European Monetary System (EMS) was introduced, which consisted of a set of policies and procedures designed to minimise currency exchange rate fluctuations between individual Member States. The EMS defined narrow bands within which the bilateral exchange rates of the member countries could fluctuate. If the exchange rate of a currency pair hit a particular threshold, the associated central banks were required to step in and manage their currencies through open market operations, such as buying weakened ones and selling strong ones. In order to make EMS operations easier, the European Currency Unit (ECU) was introduced, which consisted of a basket of fixed amounts of EEC currencies. The ECU had two key objectives: to act an indicator of divergence between the currencies, and be used as a Unit of Account for the Member States.

The ECU was never intended to be an actual currency – or a medium of exchange – for settlement of transactions involving goods and services. When the Euro was introduced, in 1999, it replaced the ECU at par. The ECU is therefore a historical example in which a basket of currencies was used as a means to manage the complexities of international monetary policy, and was ultimately a precursor to a single European currency.

The International Monetary Fund’s (IMF’s) Special Drawing Rights (SDR) provides another example in which a basket of underlying currencies is used as a means of replicating certain functions of a currency. As with the ECU, the SDR is only defined as a Unit of Account for the IMF’s monetary operations, and is not classified as a currency. However, while the SDR is not itself a Medium of Exchange, it is intended to be held as a reserve currency by the participating central banks, and can be exchanged into fiat currency before use by participating institutions.

Which brings us neatly to our conclusion – where is Libra going? If one were to consider the hypothetical introduction of a new global currency designed to supplant fiat, arguably the way to do it would be to first peg it and have it fully backed by to an existing basket of stable assets in order to build trust and confidence whilst the user base adopts it – a gold standard, if you will. Facebook’s clear advantage in this respect, once again, is the size of its user base and the reach of its services and platform, which instantly overcome the barriers to mass access and adoption faced by any other cryptocurrency.

Over time, as the currency gains in popular usage, systemic integration and trust, it develops a value of in its own right, and one that is arguably independent of its underliers. The next step would be to leave the gold standard and put the currency into free float – et voila, we have a free floating global currency! This, ultimately, is the conclusion to which many central bankers must already have arrived, and their response to Libra’s perceived strategic designs may ultimately prove the most decisive in whether or not it ever gets off the ground. Additionally, should the prospect of Libra sufficiently incentivise central banks to create their own competing, centrally managed and controlled cryptocurrency, then the SDR (or a possible offshoot) is arguably the most likely candidate to take that role.

Technology: Coming out of the cold

Technology: Coming out of the cold